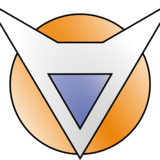 Conflicting interests had prevent my threads from getting many responses or even attention also it makes debating a pain as im just not into using the same source which the community values like they like manga and im into anime. Obviously a very manga centric group like the versus community would not see kindly to anime sources and the such so instead of trying to pointlessly fight against the waves instead im going to let them take me away from here

It does not help any that things that actually interest me like digimon,fate or beyblade are not something that gets responses, It's that it's just not worthwhile for me to stay on a site that hates what im would be into in some cases and in others have no care ether way

This right here would be a problem for me and why it would desire me to leave, I do find okay to have a standard that would be held as true but the issue exists where it's pretty well not allowed to counter argue with that standard be it isshiki's ranking or anything else like canon, Posts like these are not locked but they are hated and not supported showing that discussions are not allowed on certain topics also it does not help already that there is no honesty with people here and they will rather just support whatever position has the most votes making this less so about debating and more so about polling which while fine, Im never going to win a polling contest as my positions are but the minority.

It's just unrealistic to lock threads like jigen vs goku when those series are pretty much the only things discussed here meaning that the only matchups that will get responses are stomps and you guys will decry such threads which while fine you dont give us thread makers much option as dbz vs naruto threads are some of the only things that get responses here.

If such threads are a problem then you should support other threads and series but you people dont so im left with a lose lose situation here where im ether stuck making a thread with characters nobody knows about or im making a thread that gets 15 relies in a minute but it's closed within the hour, I am leaving as im not sure what you want from me.

There are a million threads here at least and it's kinda pointless to make more when any matchup that will get replies has already been made, My and others existence are not necessary to this site's function and this goes in tandem with debating as the circle jerkers here will think and act however the community as a whole does meaning there's changing these people minds meaning that there's no purpose to reasoning with the unreasonable people here

last off there has been various attempts to get me banned and due to several successful attempts among other aforementioned things, I am now leaving permanently as ultimately me doing so would give the boruto stans who hate me so no real power over my removal plus my goal here was to spread my name and maybe get some entertainment in the process effectively leaving supports both of those reasons being better then staying as the former would allow my threads to stay up and get recognition at some point perhaps

Both of these would make an awesome matchup of a "detective like "/ "identity finding" battle.

-The battle takes place in a world where both Kira and the Phantom Thieves are well known public figures. Both have their conflicts about ideals of justice and see eachother as menaces.

-The police is investigating both cases and has data/info about both.

-Kira does not know who the Phantom Thieves are nor vice-versa. (obviously)

-The Phantom Thieves group has all of it's members.

-Light does not have a shinigami's eyes at first, but can do the deal with Ryuk if necessary.

- Kira : Has to kill all of the Phantom Thieves with the Death Note, except for Morgana (because he isn't human)

- Phantom Thieves: Have to change Light Yagami's heart and make him confess.

Which team takes the other out first and why ?

The persona 5 cast are just kids with no portrayal indicating they have high iq, I doubt they could find out who kira would be when even L couldt prove it and he's a genius detective that has worldwide respect

Misa tells light, The names of these kids and they die in the day but even assuming that light does not get his full moveset here. He would still be able to figure out joker would be by accessing his father's police records and matching joker with the person who fits his profile which would be ren amamiya

Megaman solos, His mecha is around twice as big as syndrome's robots which mind you dont obey him as they were build with a ai of their own

Death just sends her boyfriend thanos to deal with these guys, No need to get her hands dirty

Botn have all Full Abilities and Magic.

No Time Stop for Raven.

Win by Death or K.O​

Raven stomps, She held up titans tower quite easily