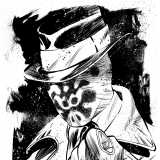 My thoughts on Odinsons replacement.

Okay so this is interesting, and the popular opinion is true in this case. Marvel is doing this in one of their weak attempts to"shake things up" yes. Creating a new version of an already pre-established and popular character is a hard and risky thing to do, from the get go, fans don't like it and for good reason. There have been few occasions when making such significant changes to a character have worked (an exception being Nick Fury who's change to a Samuel Jackson likeness is almost completely undisputed as a solid move) however the truth is that for the most part a change like this results in a weaker less popular character, this character will probably have the spotlight for 30 issues tops and then become a minor character resulting in an awkward taste in our mouths as we try to forget this terrible attempt to market to women by tarnishing a popular characters name instead of creating an original female character which is what is actually lacking in Marvel and why they are trying to compensate with this cheap knockoff.

That being said there is much of interest in this character. It's clear from the picture that they've put a lot of thought into this character and are trying there very best not to make it cheap. What I like most is that is apparent that this is not some hulking she-man, but a true woman of the Asgardian way, she is strong yes but she is strong enough to keep her femininity with pride without showing any weakness. Her stance has her legs slightly crossed as she walks, clearly she walks with a feminine gait her hips swaying slightly as she walks with a bit of an inverted sidestep. She is of course fit but she does not appear to have a six pack if that hole in the front of her costume is any indication, her shoulders are a bit broad in my opinion but not the hulking cannons I feared they'd be, she is Odinsons physical counterpoint. Clearly we have another blond her of the true Germanic breed. It's clear from the part of her face that is showing that she is quite pretty, the look on her face isn't really born of anger as much as determination.

Her costume is something that's very interesting, it embraces Asgardian tradition instead of treating it like an obstacle as Odinsons costumes have done of late. The pointed helmet, the curved wingtips and the symbol on her helmet that seems to be an Ares sign speaks volumes about her silently. Her helmet covers half her face, perhaps to add an element of mystery? She wears the circular cape holdings a little higher than Odinson did, the cape also drags a little, I wonder if this can be of any indication as to her height. She wears a breastplate, that makes sense she needs protection in that area, it consists of a solid thick metal, Odinson never wore anything heavier than chain-mail so it's an interesting difference. The first part of the breastplate are two seemingly thinner triangular pieces that look to act like a scarf, I don't really see the purpose of this part. The depth of her breastplate suggests that she is well endowed however there may be some buffer for extra protection.

The left arm is covered in a black material, I don't think it's cloth it looks to thin and soft, it's probably a sturdy asgardian material that works well on the skin while staying durable. At first the purpose of decorating this arm seems purely atheistic but there is a clear reason, the piece of armor on the forearm can act as an emergency shield and there are spikes on the lower side to use offensively. Directly below the breastplate there is a badge holding up the black material further below, I can't make it out but I think it's the tree Yggdrasil. She shows a little bit of skin right below, showing she means to be viewed as attractive. There is a string holding two ends of the black material close, showing that this costume is a bit tight on her. Further down there is a leather piece I'd classify as somewhere between a belt and a girdle, those words don't do it justice however as it's a very elegant piece. The piece is studded symmetrically with shiny studs, a theme similar to Odinsons costume which had such studs lined up on the places where a six pack would be, symbolizing muscles. But hers have just three large ones surrounding a very delicate and sacred area, yes if Odinsons studs represented muscularity then hers represent the womb.

There is a belt hanging lower that holds up two under capes. They both seem to be redundant but they do create a feminine "skirt look" the front one carefully hiding a T on the bottom. The second green one hangs out from her underside providing auxiliary warmth. The black material that covers her legs appears to be a different material than the one covering her upper areas, it's a shinier smoother material. I can't make out much of her bots but the first part has a very asgardian vibe to it.

I've never been able to appreciate a concept art as much as I have today. If the writing is as well thought through as this picture was than she will be an elegantly successful character, however given the cheap premise I doubt that will be the case.