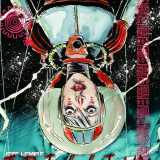 Every comic book fan knows about at least one superhero team and most of them have a favorite team. But what are the best superhero teams? Which ones are creative,memorable, and have stood the test of time? Well, since no one else felt like it I'm going to try to do the most fair, unbiased top 10 list as possible. Why? Because this is the best superhero teams list not my favorites. Also, these teams are ordered based on team interactions and how creative, memorable, interesting, and popular they are. So, without further explanation, here's the top 10 best superhero teams.

They may not be as popular or well known as some of these other teams, but the Doom Patrol are a great team. Why? Because MOST of the team members are very creative and memorable on this team. Add to this that beast boy gives this team a connection to the Teen Titans and you've got one awesome group.

Again. this is a team that isn't very popular and also isn't that well known, but they're still one of the best teams ever. Why? Because it united several obscure characters and showed that Bucky actually has some leadership skills, something that would be used during Dark Reign when he was the leader of the New Avengers.

While this team is (sadly) underused, they're still pretty memorable because they're all machines being ordered by their leader, but have personalities of their own! This could lead to some humorous dialogue if DC (hopefully) relaunches the Metal Men in the "Fourth Wave" of the New 52.

Number 7: The Legion of Superheroes

The reason why I chose two pictures for the Legion is also why they're so great, there's so many of them! Add to that the cool futuristic elements of the team and new members with every new iteration of the group and you have one of the most memorable and different teams ever!

DC's biggest team was going to be number 7, but one thing changed my mind about this: all the great JL runs. Whether it the League from the 70's, 80's, or 90's your going to get a lot of great stories.

Number 5: The Justice Society of America

Sorry marvel, DC has the better WWll team. The reason for this is that the JSA may have began in WWll, but they're still active today. HOW? Because they're grand kids are fighting the battle against evil now. This gives the JSA a different kind of feel since there's been generations of these heroes. Oh, and did I mention all the creative characters present in this book?

No, I didn't put the FF in fourth place for laughs. This is just where I thought they deserved to be. The FF always felt more close-knit to me because they're a family. Even if they bicker, they still love each and I love that! In addition the sci-fi elements help flesh out this Grade-A team.

This comic may be bad right now, but its had its fair share of well-done runs. What makes TT such a good team, though, is that these characters are so interesting and, like regular teens, have problems. Cyborg has to deal with being more machine than man, Raven knows she could destroy the world and Starfire has a dark past. This makes the teens a great team.

Whether you like this fact or not, The Avengers are a more well-rounded team then the Justice League. Why? Well, the JL almost always consists of Superman, Batman, Flash, Wonder Woman, Green Lantern, and Aquaman with a few other members. The avengers has its usual members but seems to always have a few new ones up its sleeve (if a team could have a sleeve) and multiple titles. Sure Justice League has three titles right now but one of them is being cancelled. Not to mention that the avengers have turned countless obscure heroes in to big players. So, what else can you say but AVENGERS ASSEMBLE! (yeah that line never really made sense to me :)

Even if you don't like this team, you've gotta admit they're the best. Why? Because they've got almost ten series going on right now and there comics aren't even that good right now! (Well maybe a few :) This alone proves the X-Men are great but then there's the fact that they've had even more members than the legion of superheros and include some of the weirdest (if not coolest!) superheroes around. Oh, and did I mention Wolverine, arguably the most popular Marvel character is on this team? Another reason why the X-men are awesome is the fact that they're constantly being attacked, insulted, and persecuted yet they still try to do the right thing, If that doesn't make you admit the X-Men are awesome then your dumber than Toad!

So what did you think of this list? Love it? Hate it? I want to know so comment below! Thanks for reading and as always...

Read All-Star Superman! (I'll post another one of these next week! :)

Meh JL is superior. Batman is a greater team leader then Captain America