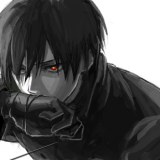 Hello. This is the first part of my new Iron Age series that I'll be writing. As most of you know, I was previously writing X-faction, but Batkevin took it over in my absence. I just wrote this while I was downloading something, so it's pretty rushed. I didn't have time to proof read or edit, since it's... 4 am? Wow, that's a lot later than I had anticipated. Anyway. Leave some feedback. Part 2 should be better. Hope you enjoy!

“Has the new test subject come in?” A man wearing a thin white coat asked.

A young man approached him holding a document. “Yes, Dr. Anthony. We’re bringing him in right now. His name is James Connors. He’s a soldier who was injured during an encounter with some mutants. He lost both of his legs in the confrontation.”

“Perfect. Bring him in.” The doctor said.

“Yes, sir. If I may. Could you not refer to him as a ‘test subject’? It might make him uneasy.”

The doctor irritably replied, “Very well. Bring in the volunteer.”

The young man exited the room and returned shortly with a man dark haired man in a wheelchair. The man nervously looked around the room.

“Pleasure to meet you, Dr. Anthony. I’ve heard a lot about you.”

“Have you now? You should know that I’m the best.”

“So, what exactly is this procedure?” James asked.

“It’s very simple. We’re going to inject you with an experimental formula that should give you the ability to literally re-grow your limbs.” The doctor replied.

“That’s it? You’re just going to stick a needle in me and I’ll have my legs back?”

“Well, it’s a bit more difficult than that. Also, there are a few side-effects, but we’ve already prepared for that. You shouldn’t worry about a thing.”

“Well, there’s not much I can do anyway. Let’s get it started.” Said James.

They made their way to the bed where the doctors’ assistant helped James on to.

“Why are their arm and leg restraints?” James asked.

The assistant looked at him and said, “Hopefully, we’ll have use for the leg ones. The drug formula we’ll be giving you may cause you to act unpredictably. Don’t worry though, everything’s under control. ”

He injected James with an anesthetic that quickly put James to sleep. After giving the doctor the thumbs up, they began the procedure. Suddenly the room began to fill with armed soldiers.

“Remember. Once the transformation begins to happen, it’s absolutely necessary that we get a sample of his blood.” The doctor said.

“Are you sure the restraints will hold, Dr. Anthony?” Another doctor asked.

“Positive. These are unbreakable. Plus, if he starts acting up, all we need to do is just give him a zap and he’ll be out like a baby. If anything goes wrong, we have guards.”

The doctor approached the now unconscious James and injected him with a serum, then makes his way back to his computer with haste.

“Any changes?” The doctor asked as he entered the room.

“No, sir. The subject’s still sleeping and hasn’t shown any signs of change at all.”

“Stark, it’s happening! Get a sample. Also, someone begin recording!” The doctor yelled.

As a doctor got near James, one of his eyes opened. His skin started to change colors. His body grew larger and larger.

“I don’t like this. Zap him!” The doctor commanded.

A large burst of electricity jolted into James, but had no effect.

“I think we just pissed him off.”

James’ human appearance was no more. Lying on that bed was a large lizard. He broke through the restraints and jumped across the room.

“He broke the restraints? Shit, he’s stronger than I anticipated. Kill him!” The doctor yelled.

The soldiers unloaded on the giant reptile, but it seemingly had no effect. It charged the men. Using its claws to effortlessly tear through them. It's tail thrashed around the room, whipping everything in its way. Just as they called for backup, the beast burst through the wall. It ran down the long hallway, knocking everyone and everything over. It was confronted by countless armed men, firing large weapons at it, but nothing could stop its rampage. It reached a large window and jumped right through it. When the soldiers caught up, all that was visible was a large body of water.

“What happened?” The doctor asked.

“It fell into the water sir! We’re searching for it right now, but we think it may be dead.” A soldier said.

“It’ll take a lot more than some water to kill that thing.” He said as he walked off.

The assistant ran towards him and asked, “What do we do now?”

The doctor smirked and replied, “He’s the army’s problem now. We got what we needed.”