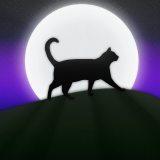 I am trying my best on Showing my art here again

Logan, from the movie, Logan....I haven't seen it no one spoil me or I will get cranky and chipmunk faced and no one likes me chipmunk faced.

So here he is smoking a cigarette and looking cool....And will smack Laura if he catches her smoking. "Don't do it kid. It will kill you....don't tell me about healing factors it can kill people around you who don't have it." What I think that is what Logan would do if he could I know it.

When I colored I tried my best on making it look like him in the movies. I mean I had only a few screen shots and the lighting was like different in each one and I think I did well. I would love some feed back.

No Speed paint due to stupid reasons

Look at this image (That I did in February and now posted in march wow me) Harley Quinn and Poison Ivy being the best of friends. Please note I am using the context of people who are dumb and don't understand lesbians are a thing. Aka a lesbian couple getting married and people thinking they are best friends getting married at the same time and want to see the lucky grooms. That is just an idea that popped into my head you know.

So I colored it as accurately to comics and to my happiness. Ivy always looked nice with green skin.

Her comes Classic Oliver Queen Bronze Age Green arrow goodness! You know you love some classic green arrow! It has been so long since we seen some awesome nice classic non hooded non CW based Oliver Green Arrow.

I have nothing against that arrow heck I will admit I havent watched it yet. But I do get kinda irked when that is the only Green Arrow thing around when looking for green arrow based things.

So anyway after coloring the image I went with a Bulls-eye background because I remember that was a thing back in the day.

When Captain America threw his mighty shield, all those who appose him must yield! Unless you are plane, or a bomb, or some ice, or a brain-washed-buddy-with-a-robotic-arm. Then you don't necessarily have to yield!

Blame my friend Kai he sings that song and its like implanted into my brain! -hits self with Thor's hammer- I feel better now. oh flying poptart cats.

So any way as I was making it I trying to do him on a battle and like....that's the smoke from the battlefield making it action and awesome!

Ah Jean Grey we meet again Why is it when it comes to convention season and time for me to make a portfolio I make a piece with you in it and hope you make it. Sigh.

I did gradients on the fire then uses smudge to make it seem so more wispy. Using dark blue to make a contrast and such with stars for pizzazz.

Mari Jiwe McCabe, better known as Vixen, is able to channel the powers of virtually any creature in the animal kingdom with but a thought. Over the course of her life she has been a member of the JLA and the Suicide Squad, a model, and a successful business woman. For more information visit your local library or go here http://comicvine.gamespot.com/vixen/4005-2551/

This is based on the animated series....is that series still going on? I really couldn't find info on it. Sad I was looking to it.

So I was trying to do a night sky and making the smoke of the city and just being dramatic and awesome.

An outcast during her childhood, Kelly grew up rough and tough, feeling she could never confine in anyone and became a very distant person. Slowly she has been able to warm up to fellow Sentinel, Sin. For More information visit your local library or visit here http://comicvine.gamespot.com/harlette/4005-48617/

I tried to do lighting thing. You know where the light is one place and being all dynamic....did I do it? I wanna know if I did well.

Deadpool and Colossus hanging out and doing stuff a guy's night out. Or Deadpool is hamming it up to us and Colossus is behind him making sure he behaves.

So for the uniform....I um....Okay it really didn't look like movie Colossus or Comic Colossus....so I put them together color wise and um tadah a design of my own and lets hope I don't get hate on for it. Please be nice to me.

So when I saw this I don't know why I just thought of Pamela Isley aka Poison Ivy. I have no clue why I would think such a thing. -shoves my folder of poison ivy art off the table- he he -does dork smile-

So I used DC Bombshells Poison Ivy as a color reference for the outfit colors. I also added textures. I am doing that more and really needing advice on it to like make sure it doesn't look crap.

I know in DC comics they add texture to the background to make things stand out that is why I do much background texture. I have no idea if it's working on the whole you know making art look nice.

Ah Kurt Wagner from x-men I wuv my little blue fuzzy elf demon. I wanna snuggle him I bet he feels fuzzy and soft. Covered in soft fuzz.

I added smoke texture to the smoke and made it lighter where Kurt is and going outer and darker. You know trying to make it look awesome or different from most other pictures