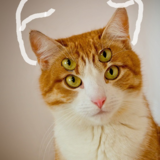 Where abouts would the likes of Valerian, Atomic Blonde and Kingsman 2 rank?

@theamazingspidey: How could they screw the story up twice? They know exactly what not to do. ^_^

Black Widow as number one?

You are my dude.

Hey, every dog has her... Maybe a poor choice of saying.

She legitimately is the best thing in the movie, I cannot deny that.

@theamazingspidey: It baffles me that the same people who made the best X-Men movie ever followed it with the worst one in years.

@black_wreath: It had a few good scenes, but I thought it was dreadful as a whole and there's a reason I dislike it even more than I would any other bad CBM

1. The fact it proceeded two of my favourite superhero movies.

2. It makes a lot of creative decisions that set up Dark Phoenix for failure. Sophie T isn't a good Jean Grey. I'm afraid she'll single handedly ruin Dark Phoenix with her terrible accent and stiff delivery. The fact her character is in the title of the next movie is a scary thought.

3. The characters were very thinly characterised. Jean, Cyclops, Storm, Nightcrawler and Psylocke were barely characters. Now Dark Phoenix has to try and get people to care about them over again.

4. WTF was up with Quicksilver and Magneto storyline?? They totally copped out. It went nowhere. What a big @$$ disappointment. I had to put up with weeks of getting roasted by my sister for spoiling for her the fact that Magneto is Quicksilver's dad, and it went absolutely nowhere >_>

5. It pretty much writes itself into a corner. I wonder where the next movie is gonna go. This is the umpteenth time Magneto redeemed himself. He can't redeem himself anymore. The same goes for Mystique going through the same arc again. When is this chick gonna go rogue?

Okay that's... all true. But I am still excited to see Scott, Jean, Ororo and Kurt finally take center stage. Granted, Singer has proven he does not care about those characters (maybe Jean) but he's not directing this time. ^_^

@theamazingspidey: I will always defend Apocalypse!

I see it as middling, enough bright spots for not to hate it. I'm still looking for to the next one.

Yes DoFP was surprisingly good, I totally expected it to fall apart under its own weight.

I swear I will go down on every WB executive if they just leave James the hell alone and let him make his fish dude movie...

As for JL, a lot of bad circumstances affected this film some could've been prevented, some couldn't. I am happy what I saw had legitimately enjoyable aspects and at least gave me the impression they now know what they're doing.

@invain: The Wasp I am a fan of is the doofy, perky, comic-relief Wasp who is a good foil for Pym and therefore a refreshing change from the standard MCU humourless female love interest. Having a movie with two leads in an equal partnership would have been much more original than Shrinking Iron Man. Not to mention this movie ensures two founding Avengers will never be portrayed as such in the universe, all for this unremarkable, throwaway footnote of a movie.

Ksenia would be a good choice to play her. ;)

I haven't read much with her in it. It's just the few things that I have read didn't portray her in a very likable way. I do remember her being one of the most interesting characters in the little bit that I've read from Roger Stern's Avengers.

I guess most comic relief characters go through a dark, serious phase. Maybe that was hers. I need to read more Avengers.

It was actually the EMH cartoon that originally made want to read her, she was just precious in that and had great chemistry with Thor - both having this child-like enthusiasm for action.

Also... Magneto is a terrorist. :P

So was Scarlet Witch and Quicksilver. And Hawkeye, maybe... She's just a hypocrite. :P

He plays the race card way too often. :P

@invain: Uh yeah I think he was a guy who said stuff in it.

Reed stood out to me by cowardly ditching his friends.