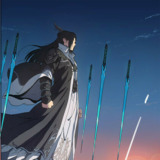 'So I have to run some errands for dad and get a some materials for my Marine Biology course. And I need to get an analytical paper on the effects of...' Ise's mind raced as he prepared the routine for his day. Walking through the many quiet shrines of Kyoto helped him focus, and focus he needed. Taking a deep breath, he pulled out his journal with the intention to look over his notes.

"...and then I said, 'That's completely wrong to try to quiet someone else becomes they disagree with you' and - Hey are you listening?" He suddenly became aware of Fuji's presence, and with it the presence of the cleaner sweeping away on the cobblestone path.

After Professor Tenyo's surprise discussion about the Ashikaga and Minatomo, Fuji asked to walk with him until her sister got off of her dance practice to pick her up. He wasn't sure why he agreed.

"Oh, uh, yeah. You were talking about a censorship type deal." That seemed to satisfy her, as she went back to her monologue.

"Right because, being apart of the debate team, we believe in the utter freedom to express our opinions. Whether they're true or not in the broader sense of things. And even if their true or false in one manner doesn't mean its true or false in another sense..." Now that he was back in reality, he couldn't return to the blissful tuning out he was doing before, so instead he decided to change to subject. Sliding the journal back into his back as he did.

"Right, Fuji, do you like sports?" Despite his build, he has yet to touch a ball, or throw one, preferring the solitude of exercising alone or a good night's swim.

"Well, I used to play softball and played basketball for a little while too. So I have some experience in the field of sports. While I'm not a hug fan of it anymore, I still see the necessity of an outdoor activity on the minds and bodies of young men and women. Like teaching the teamwork and coordination..."

"A simple yes or no, please"

"So anything you have to say? Like on where we're going or what's on your mind?"

He didn't. But he didn't want to be rude so he came up with a subject. "The change in professors really was something. I never expected the old man to leave."

To his surprise Fuji didn't say anything in response. Instead, she stopped moving, utter fear and shock frozen onto her face. He looked ahead of him, and suddenly, a man was standing there in a cleaner's uniform with a shotgun in his hands. His eyes were deranged beyond human comphrension.

"Money, wallet and the girl." His voice was near a whisper. Gesturing the barrel end of the gun towards Fuji. The two glanced at each other in nervous anticipation, and then out stupidity or instinct, Ise stepped in front of her. Suddenly the bang of the shotgun rang out from the silence along with a yell, a name, suddenly came from his mouth.

A few moments of silence passed, when Ise finally realized he was alive. He opened his eyes to see what happened. And the scene in front of him was unbelievable. The back of Professor Mikoto was there to greet him, his Junihitoe flapped orderly in the wind as he stood between the two and the would-be murderer. Extended in front of him was a briefcase, the same one that held the papers in them.

The criminal seemed to have been frozen in fear as he looked into the Professor's eyes. In the other hand of the Professor Tenyo, a blade with a cobalt shade pointed at the ground. It didn't seem like a traditional katana, its handle a lot more detailed.

"Silence Of The Fae"

The words left his mouth as subtle as a whisper, but the power that was carried by it was evident. A clear box formed around the man, frozen in time and space before the box and the man disappear completely.

Then the professor turned to his two students, still processing what exactly happened. "Its best if I explain in a discreet location, I'll follow you to your residency, Ise. There we can talk about the events that just transpired."

The trio sat on a mat, surrounding a low table. Cuffed in Ise's hand was a warm mug of coffee, while his other two guest drunk tea. The Professor raised his eye at the odd choice of drink, it was around ten in the afternoon.

"So, let's begin. So, you are indeed part of the Ashikaga Clan, right Ise? Well, I wouldn't know if you're talking about the old ones, the ones that are in the textbooks. I never really did a check on my family tree."

Fuji piped out after her unusual streak of silence. "I took one, and I'm actually the great-great-great-great-great-great granddaughter of Fujiwara No Kamatari, which is good if I figured out what that actually meant." She took a nervous sip of her drink, and in that pause Tenyo continued.

"Assuming you are, which I can tell but a scientific confirmation would probably be the best way for you, I am a Tennin, a Valkyrie of sorts, that has been assigned by Amaterasu herself to watch over your family's bloodline. And for around 600 years have I been keep to my promise to my duties, appearing whenever your family called for me. However, for the past 100 years, the Ashikaga seemed to have forgotten me and now dwindled into nothing. So now I believe I should make my presences known, to you, Ise Ashikaga, and teach you your ancestor's ways."

Anyone up for an rp between Ise and Tenyo?

Probably find the direct descendant of the Ashikaga family

The Son Of the Night's Skies, watched over the laboring city Kyoto from his home The Great Celestial Gates Of Lune, his illuminated cyan eyes scanned every passerby from his cosmic vintage point. Every man, woman, and child, full under his watchful gaze. His purpose for the uncalled survallience? To find his eternal nemesis, the light to his eclipse. The Solar Child Of Amaterasu.

Light rays protruded from the his curtains, and intruded through Ise's eyelids as he was sleeping. Bringing him from his deep slumber, and reminding him about his day. A presentation with his history professor on the effects of the advancement of technology on the mental health of employees at 9 am, and something or other in his other classes. Rubbing the five hours of sleep from his eyes, he begrudely got up from his comfortable bed to start his day.

There was no dormmate, he rented a studio apartment by himself so he wouldn't have to deal with the messiness or morning breath of a dormmate, and he's been paying the rent pretty well with the scholarships he's earned from his historic articles.

He headed over to the kitchen, to pour himself a notorious bowl of Captain Crunch, with strawberry cheesecake as his dessert of choice. It was 7:30, and since he always fell asleep in the clothes he'd wear the next day, he didn't have to worry about taking an extra hour to get dressed.

A quick shower and by 8 o'clock, he was out of the door ready to head to close. While history was his passion, this particular presentation wasn't something he felt passionate about. It felt like exactly as it was: school work. As he raced through the streets of Kyoto, he pushed knocked into a man who seemed to have suddenly appeared in front him, knocking himself on his butt. Papers seemed to have been flying everywhere, as the wind carried them in a flurry,

"I'm so sorry for my carelessness" As he get to his feet, he bowed so deep that his head almost touched the ground, before he scurried around to grab the papers in the air. The man himself was oddly dressed, much more traditional than necessary. He also didn't budge from the head-on collision with someone of Ise's athletic build.

"Yeah I attend The University Of Kyoto, sorry I've gotta go. I have a presentation due in 43 minutes, and I need to get there, quickly"

The man nodded sagely, "Well I used to attend that university as well, and I know a shortcut" He then pointed by the subway area. "Well, first turn down on your Astuta-Kyai intersection at 1-23-13..." The man's directions Ise followed to the T, and arrived on campus 13 minutes earlier than usual. After uttering a silent thanks to the man who helped him, he headed off to the his history class.

The classroom was filled with students, some sleepy-eyed and others with bright ambition. Ise sat at the edge in his assigned seat of auditorium-like room and readied his smartphone as a recorder, but when he reached into his pocket, it was gone. Suddenly, he went into a panicked frenzy of searching, searching his schoolbag, his pockets and even the floor around him, and it was nowhere to be found.

Shit. He thought to himself I must've left it at home when I rushed out of here. He then become aware of his pockets being completely empty. My wallet too? He placed his head on his desk in shame for his forgetfulness when suddenly he heard a soft tapping on the desk.

"Hey you dropped these." He looked up gradually, not wanting to be hopefully for what seemed like such an impossibility. But to his surprise, a young girl with reddish-brown hair that flowed around her shoulders, held in her small hands his phone and wallet. "A man, gave these to me when I was on my way to school. And told me to give these to their own, who, judging by the license in it, must be you." He opened his wallet, and there it was Ashikaga Ise embedded within the thin plastic card. He quickly checked his cash, the entire 4309 Yen was still there.

"Fujikai Fujiamara, but you can call me Fuji, like the water,or the volcano." Her smile was sweet, despite the cryptic comment, she push pasted him to the seat next to her.

The entire year he sat there, he never really noticed that she sat there. "I'm Ashikaga Ise" She probably knew that because she gave him his ID, bur it was only polite that he give her a proper introduction. When she was about to reply, the professor took a step inside, in his usual grey sweater and khakis. His wrinkly face lacked expressions as he looked onward with eyes that could only be explained as stygian.

"Today, we're going to have a little change in here. You people are going to get a new professor for the rest of the year." As if on cue, the same man he ran into earlier stepped up to the podium.

The man glanced up and found Ise, giving him a quick smile before proceeding "Good Evening Students, my name is Mikoto Tenyo, Professor Tenyo. And from now on, i will be teaching everyone here history, importance of history, and family legacy"

Its more a feeling of uselessness. A tennin is meant to serve their patron family.

I'm a Tennin, I watch over the Ashikaga clan. But now they seemed to have forgotten so I'm free, unoffically.

The Thrones and such are usually meant to scare off the unworthy, from what I've read upon.