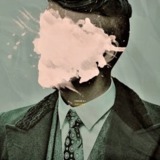 "Remember who you serve"

Hey I remember that name

Really wish that GIF didn't have those watermarks. Oh well.

The Statue of Liberty

Atop liberty itself, everything within an eyes gaze would soon be in the palm of his hand. Separating him from a brutal death, Elliot leaned his leathered hands against the railway, daring not to stain his hand with the stench of metal. Occupied by no one but him, the emerald statue was the first step to a much larger scheme. From Dublin to the States, Elliot moved his men tirelessly, awaiting the perfect moment. And now was that moment.

"We'll take it by night, this fookin' city has been through years of terrorism, let's not break that tradition, eh?" The Irishman chuckled coldly, peering over his shoulder to the lone man at the foot of the steps behind him, "Ser Morgan, let Micah below know that it's time," he paused dramatically, fixing his gaze back onto the live city, "hit the chosen sites quickly and efficiently and leave your mark, don't stray from the plan. If anyone does, you bring them here and toss them over the edge. Now go, you have a city to burn."

Probably my favorite episode of the entire show. If the show wasn't for frequently killing main characters, I wouldn't have been as scared for Jon, Sam, and Grenn than I was. Still fun nonetheless. Though after watching the following three episodes, the only character I worry about now is Jon. As Lord Commander with half the Night's Watch as your friend, while the other half is foe is a scary thought.

@drifter_: Hammer seems more his style anyways, the only sword I would’ve seen him using would’ve been a longsword. Though interesting!

I found the Small Council scene with Oberyn hilarious, just the little gestures he’d make at every-single comment made me laugh.

@amin_karrit: I don’t think they’ve ever shown pre-rebellion Robert in the show. Was he actually a good swordsman as he claimed? I would guess he was but I wanted to know how good. As it only takes superior skill and basic-wit to take out Gregor despite him being an overpowering force of nature.

@rosso: That he is, maybe after I wrap up the show I might try to find the time to read the books. Though all in all GoT is interesting! I heard it was good but damn my expectations were shattered.

@amin_karrit: I would’ve guessed that if I didn’t try looking for a deeper motive in the Mountain’s actions LOL. Maybe I wanted him to be a bit smarter than he was, but nonetheless the result would have been the same. Poor Dorne.

@rosso: I was looking forward to seeing more Oberyn too, but this show can’t give the good guys too much fun LOL. The moment he put that spear through Clegane’s stomach the first time and started spouting about his sister I knew it couldn’t end well. But I guess out of Tyrion’s three choices of a champion, I don’t think Jaime or Bronn would’ve fared much better anyways.