So I'm just going to launch right into it: 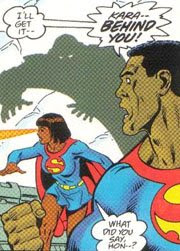 I know you're probably thinking that Superman and Supergirl clearly weren't Black... BUT, DC Comics came up with a clever way to get around silly technicalities like plot continuity - The DC Multiverse. Basically, there are an infinite number of EARTHS and each has its own stories, heroes, history, etc. So in Multiverse Earth-D Superman and Supergirl are an African-American married couple and members of a multicultural Justice Alliance of America.... yup, you read that right. 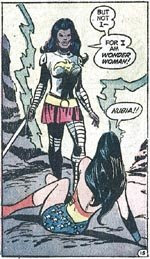 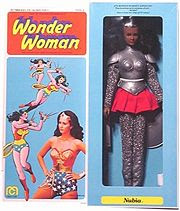 Nubia first appeared in the Wonder Woman comics in 1973. Believe it or not, she is Wonder Woman's twin, polar opposite, and arch-nemesis. She can fly, has a magic sword - the only weapon on Earth that could counteract Wonder Woman's lasso, can turn to stone, and has super strength and agility. She also had a doll released in 1977. 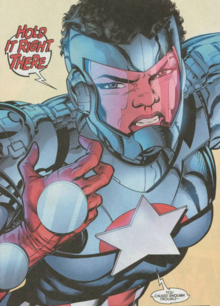 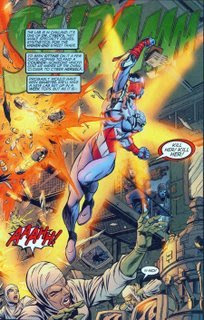 Skyrocket's given name is Cecelia Forrestal and she is a scientific genius that created a suit called the Argo Harness which gives her the power to fly, harness untold amounts of energy, and shoot out blast beams. Any attack by fire, radioactivity, heat or electricity is absorbed and makes the suit more powerful. Skyrocket first appeared in the Justice League of America in 2002. Her character has a very interesting history: She was in the Air Force but hit a glass ceiling because of her gender and race so she left and went to work for her parents, the founder of Argo Technologies. Later she worked for the POWER COMPANY to perfect the Argo Harness and use it for good, as many people were tempted to use it's power for evil. 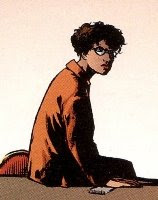 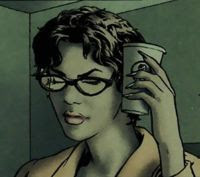 Synaethesia Jackson is a detective and possesses the unique talents that come along with the condition, synesthesia - she literally sees sounds (Like the NERD album lol). It's a condition where all 5 senses are interconnected and often mixed up... so when you touch something of a certain texture or hear a specific noise, you get a corresponding taste in your mouth... just an example. This makes her a keen detective as she can see colorful auras around suspicious people. Syn also has mild pyschic and precognative abilities. 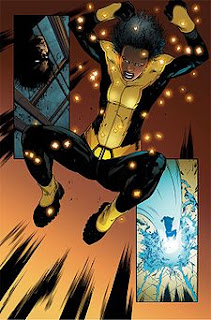 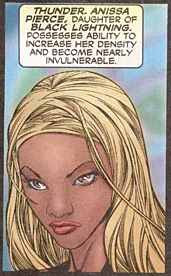 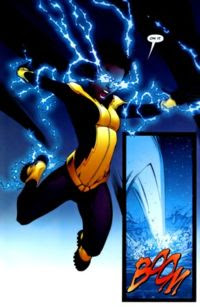 She has to be one of my favorites, because Thunder was my nickname in high school amongst my male acquaintances.... Her real name is Anissa Pierce and she can create violent shock waves that resemble thunder by stomping her feet. She does this by shifting her body density. In this state she is immovable and indestructable. You'll notice in the pictures that her character has gone through several makeovers. 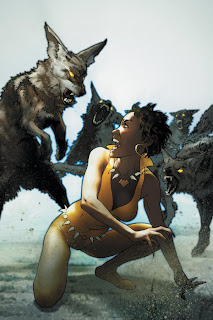 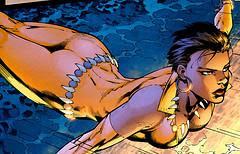 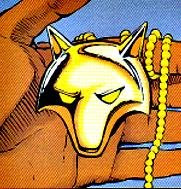 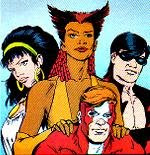 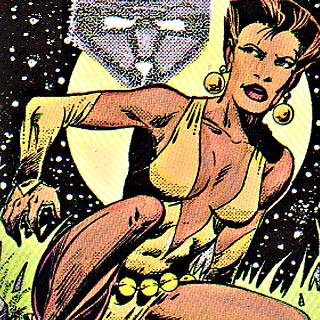 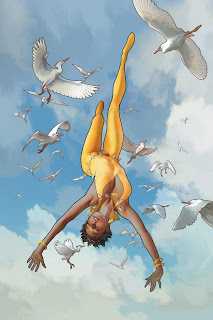 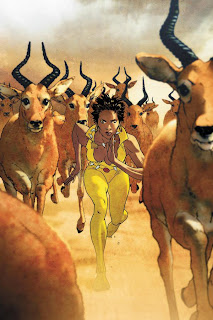 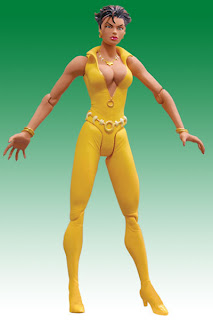 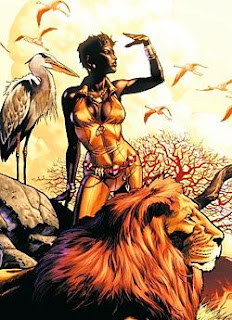 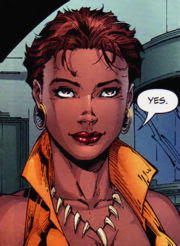 Vixen is a formel Model/Fashion Designer from Africa that has the ability, thanks to her medallion, to mimic the abilities of any animal. She is a member of the Justice League of America; her character has appeared in the Justice League cartoon and has her own doll. She can occassionally take the shape of animals as well. She has appeared in so many DC mediums, that I found a boat load of pictures of her character, so enjoy. 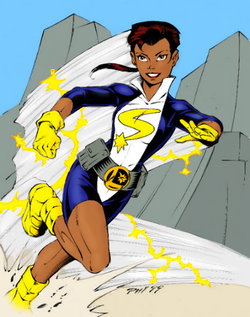 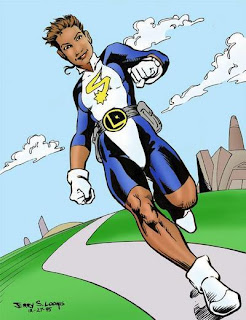 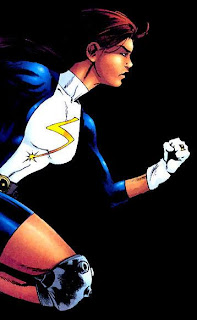 Xs is the granddaughter of FLASH, and has similar powers. She can run inhumanly fast and can also travel through time.

Micro wasn't born with powers, but has a suit that allows her to shrink herself and anyone/anything that she's in contact with. Her real name is Sally-Jo Jessel.

Flint's real name is Victoria Ngengi. She has super strength and is impervious to most attacks. Her skin is rock hard and she creates shockwaves by slamming her hands together. Her parents were killed in Kenya before she discovered her powers as a young adult. She later joined the UN. 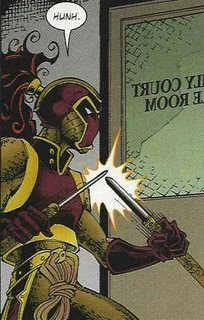 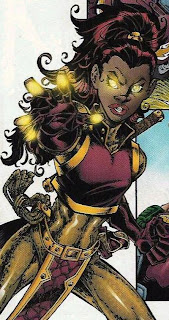 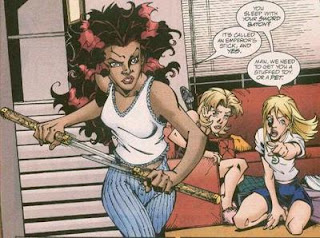 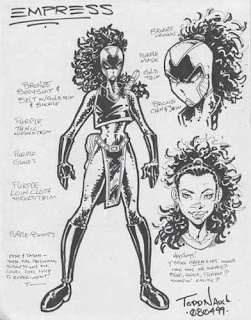 Empress first appeared in Young Justice in 2000. Her real name is Anita Fite and her family is from Jamaica - her character's dialogue is written in a Jamaican patois accent. She's an accomplished sword fighter, is proficient in hand to hand combat, can command people to do things telepathically, and practices Voodoo spells. She also saved Wonder Girl at some time or another lol.