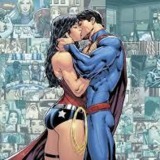 By the toll of a billion deaths, man had earned his immunity, his right to survive among this planet's infinite organisms. And tha...

@rajjarsalt: Shut up Raj you bellend

Team Ahsoka, she is the MVP

@takenstew22: Yes, it's you failing to cope.

Visual proof on screen that he was weakened by Kryptonite pre nuke. Facts.

Superman is hilariously faster than Slowdin son and will statue him easier than he did to an Actual casual bullet timer at bare minimum (shes a lot faster in reality). Facts.

You're right though mate, it's not fun listening to you mouth off sarcastically only to be proven wrong time and time again. This isn't a debate, this is a slaughter. So if you Are finished here, then ta ta. Cya

Final fact for the road - Superman destroys him, just as he has done since MoS was released.

@takenstew22: Your sarcastic comments and still pics are leading me to believe you are not coping so well. I'm right as rain mate - moving on

Again, small ass mountain lmao, whatever you say chief. How come you didn't post a gif? It's much clearer. If you did, you would see he smashed straight through it, you can see the rocks all around him when he dusts himself off, completely uneffected. That was 1 feat i mentioned from his first film.

He was still visibly weakened by kryptonite, which left him susceptible to the effects of the nuke itself. Otherwise he would have been fine.

Thor gets statued and pummeled, he can't do anything under these conditons

@takenstew22: Yeah pretty obvious, what you said was funny

Superman still solos, as does WW. Not a fair battle for child Thor

Even if it was, which it's not, you would get some joker come along and say "well it was only a small ass mountain"

@takenstew22: There is no need for sarcasm Stew, if you can't handle the facts then don't tag me (directly or indirectly)

Small ass mountain lmao what ever you say chief

Superman was weakened by Kryptonite when he was hit by a nuke so what's your point? LF did he take 10x nuke hits