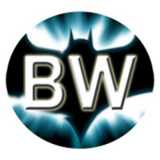 If I were to put my head together with a few other Batman, Incorporated fans, we as a group could probably come up with two dozen different mysteries that need solving in the pages of Batman, Incorporated, but I am just one man, and I only came up with seven on my own. These are the questions that nag me when I think of Batman, Inc., and with only three issues left, the series does not have much time left to answer them.

The identity of the cloaked Batman knock off was a mystery in the pages of Batman, Incorporated for quite some time, but it was eventually revealed that The Heretic is a clone of Damian. Artificially aged, genetically manipulated and violently indoctrinated, he is little more than a malignant pawn of Talia.

It could be that this is the truth of The Heretic's identity, but something still feels off to me. If this character has no real connection to Batman and Talia wants to destroy the Bat, why would he wear a modified Bat suit? Why have we still never seen The Heretic's face? Why can he heal from wounds that should be fatal?

Even if The Heretic is no more than an advanced clone, we still know almost nothing about who he is. Hopefully, we will find out more about this mysterious figure before the series concludes.

#6 – When did Bruce Wayne and Jason Todd make up?

Since Jason's revival, the Red Hood has opposed Batman in one form or another at every corner and in every encounter, but about a year into the reboot, we discovered that Jason and Bruce were working together once more to stop Leviathan. Bruce and Jason setting aside their differences to serve a greater good is a huge stepping stone for both of them, and it is criminal to leave this moment shrouded and unseen. Fans deserve to know how these two took their first steps towards restoring the father/son bond.

#5 – What will happen to Batman, Incorporated?

This is one mystery we can be assured will have an answer for this is the stated purpose the recently annouced Batman, Incorporated Special #1. It's a good thing too because though many of the members of Batman, Incorporated never really got their moment in the spotlight, we grew attached to some. Knight, Batwing and even Bat Cow deserve some narrative resolution.

There is no doubt about it: Talia has been acting weird. She has never been a character above murder, but never before has she been portrayed as so brutal, vicious, and bloodthirsty as she has been in Batman, Inc.

I could come up with a nearly infinite amount of comic book style twists that might be in store for Taila in these last couple issues, but maybe Talia is truly as evil as she currently appears or some non-supernatural event has precipitated this change in Talia's behavior. Still, Batman has made it clear in earlier issues that he feels something is off with her, and if Batman's guts tell him something is wrong, well...I wouldn't want to bet against Bruce.

#3 - What was the point of the Future Damian story? (Batman, Incorporated #5)

For Batman, Incorporated #5, Morrison ignored the present almost completely and instead told a lengthy tale about the doom of future Gotham under the guardianship of the future Batman, Damian. The amount of mysteries in this issue could make up a long discussion in and of itself, but here are a few. What role does Dr. Hurt play in events? Who did future Damian accuse of being responsible for the destruction at the end of the issue? How did Bruce have this knowledge of the future? Was it a dream, an observation gained during his time traveling adventures during The Return of Bruce Wayne, or some sort of vision? If Damian Wayne is dead, who was that in future Gotham playing his part?

Looking at this entire arc, Batman, Inc. #5 is the only issue (other than issues zero which was clearly never part of Morrison's original plans) that feels like it doesn't fit. I guess it could just be that Morrison wanted to play in that future universe one last time before his time with Batman ended, but Grant doesn't seem the type to waste an issue with a meaningless, if entertaining, diversion. The man clearly has a plan, so how does this issue fit into that plan?

Everything started to fall apart for Batman, Incorporated a few issues ago. About the same time as Damian Wayne was being skewered by The Heretic, Jason found himself kidnapped. Nothing has really happened with this plot point until the most recent issue when Jason stops some members of Batman, Incorporated from rescuing him and instead says that Batman, Inc. needs to be working with his captors. All his captors are female, and almost all are wearing skull masks similar to the one Talia started wearing when she revealed herself as leader of Leviathan. Could there be a connection? It seems quite likely to me. Also, the leader of these contingent of warriors is a woman Jason claims to recognize, so who could these people be and what's their play in all this mess?

#1- Did Batman, Incorporated even matter?

If none of my questions are answered, I would still say that Batman, Incorporated has been a fun ride, but Batman, Inc. always seemed better as a concept than it proved in actual execution. The series began with Batman recruiting an army which is a logical and interesting starting point, but once Leviathan really raised its head and Batman, Inc. started to fight back, all the members of Batman, Incorporated began to feel like nothing more than cannon fodder for Batman. In the current volume of the series, the story's focus has been on Bruce and Damian with the rest of the ex-Robin's playing important roles as supporting cast members. Outside of Knight, no member of Batman, Incorporated has felt particularly relevant. Now that we are nearly at the end of the series, Bruce is handling things on his own as per usual, and the ex-Robins are lending backup in their own individual ways. If Batman, Incorporated can't even bother to give its team members a significant role in the series finale, the the idea of Batman, Incorporated being something bold and new is completely shattered. This is either a series about an international group of Batmen or it is a story about Batman defeating Talia with a bunch of side characters filling up the background in big fight scenes.

The series has three more issues to make all known that can be known, but considering Morrison's past works, there will probably be quite a few questions left unanswered. Love it or hate it, it seems part of Morrison's style is story telling which leaves you trying to figure out exactly what just happened. Hopefully, Morrison will answer most questions and at least leave us enough hints to form the basis for future debate and speculation on the unsolved mysteries.

How the DCNU Ruined Batman, Incorporated

Batman Beyond Moves Beyond the Cartoon