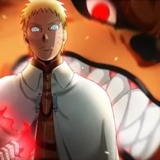 Not really much discussion to be had.

This is undoubtedly going to get locked, but let me just chip in my two cents or more.

A. People saying "Kaguya created a dimension with stars and planet, yet you are saying she's country level lol". You do realized Creation doesn't equal Attack potency right? Its why Universal Yhwach is still treated like a meme here.

B. The argument for a good chunk of the feats

from the last Naruto being outliers is perfectly valid. We haven't seen anything close to such levels of power I'm the prequel and sequel. So doubt is perfectly reasonable. Once again using another popular shonen, fairy tail has some light/relativistic dodging feats such as larcades attacks, stinger and Ezra's meteor dash. But CV still calls them statues, because its not consistent with their other showings.

That's pretty much all I have to say on this method.

Naruto is not moon or multi continental. And he certainly isn't MFTL

Lmao. So essentially, you're refusing to believe what Kishimoto himself wrote and directed, because it doesn't line up with your own headcanon/false reality? And not only did he write and direct the movie, the entire Boruto series is a continuation of The Last movie, its events and everything that happened within it.

Always funny to see people ignore irrefutable, undeniable facts because in their opinion they just always assumed the verse was capped at a much lower level lmao.

Get over it, son.

Since she receives a entire population of energy stacked on top with 3 eyes Juudara power.

Actually, I think I remember seeing this argument before.

And the problem with it is, Post Fruit Kaguya and 4th War Kaguya are the same Kaguya. She had all this power already previously, but decided to divide it into her children, thus creating the ninja world. She starts shitting bricks about Momoshiki's invasion and tries to get her power back from her kids, who started sharing her power to people all over the world, but as you know, her kids sealed her. To revive Kaguya, you need to have basically all of her chakra accumulated once again, which is why she appeared after Zetsu one shotted Madara and merged with him. All her chakra was now back together again like it was previously, the chakra of all the people on the planet, and the 10 tails chakra and all the power Madara had accumulated in order to cast IT. And I dont think she had any of Naruto or Sasuke's power at that time yet. The battle was for their power, she at first wanted to seize it since they were holding onto a lot of power, until Zetsu convinced her it'll be too troublesome to try that and risk getting sealed and to just kill them. All Kaguya is, her entire being, is just the accumulation of all the chakra on the planet, including the ten tails(she basically is the ten tails, with an actual form).

Correct me if I'm wrong on anything, but I doubt it. I remember watching a video on this a while back

So even before Kaguya lost power by planet switching before this she should logically be able to shoot a ETSB that can destroy her world without having to summon more energy from allied shinobi because she would already have a large amount via being already revived with this same energy + more via juudara body. But she lost a lot of energy cus she was constantly using planet switch Hax, which drains her energy. The lower your energy the lower your potency n lv you will perform with chakra, and speed. Since everyone uses chakra to enhance themselves. n Kaguya was losing energy cus she is stupid enough to Spam planet switch when it continuously takes away large clumps of her power this is also why Naruto was able to do more damage in Kaguya final planet before she turned into the rabbit Juubi despite him being blitzed and overpowered in lava world

But the power gap still shouldn't have been that close regardless. If Kaguya really was as strong and powerful as Naruto and Sasuke had believed at the time, so much more stronger than them it was unfathomable, then spamming dimension switch shouldn't have been draining her at a rate that would allow them to do things like solo her while split up, speed blitz and cut her arm off, almost kill her with the 9 bijuu rasenshuriken, overpower her in several cases, and other shit I'm sure I'm forgetting from the battle. It just shouldn't happen. What's her excuse for not being able to just knock Naruto the hell out and take his power like Momoshiki did if she was really that overpowered? What's her excuse for not tiring them, or injuring them? What's her excuse, if she's that powerful?

There isn't an excuse. Either she ain't nearly as strong as Naruto and Sasuke believed she was back then, or Naruto and Sasuke's buffs made them hell of a lot stronger than they thought. Because it can't be both ways.

More DC feats =/= stronger. That TBB base Momo knocked Adult Naruto out with alone is stronger than most the shit Kaguya ever showcased against those kids.

Social norms can be literally ignored. This world never has and never will be perfect, there'll always be something. So just don't even concern yourself with the shit that ain't got shit to do with you and just do what you wanna do, people will still talk shit regardless.

Yes he does, he planetary with the scaling from the Roshi and the moon feat calc.

Lmao, no. I dont even really watch DB, but Naruto god tiers can't be beaten by planet/moon level characters anymore. Might be why people are so insistent on lowballing, they got favorite character's that'll get absolutely annihilated by many of Boruto's god tiers if it's true. And it is true, so now they gotta convince themselves otherwise lmao.

He gets washed by Saitama.

Yes he does, he planetary with the scaling from the Roshi and the moon feat calc.

Lmao, no. I dont even really watch DB, but Naruto god tiers can't be beaten by planet/moon level characters anymore. Might be why people are so insistent on lowballing, they got favorite character's that'll get absolutely annihilated by many of Boruto's god tiers if it's true. And it is true, so now they gotta convince themselves otherwise lmao.