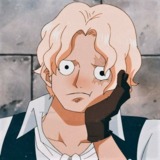 Pssh, he doesn't so tough.

I didn't discriminate against dogs, don't worry. I've done so to cats as well.

I've had a dog before. Killed him.

Alright that's annoying, the format of the post looks perfects with the images and everything but once it's posted it becomes disorganized.

'If I hadn't been such a cruel bastard could this have been avoided? If I were just a bit nicer to my family could they have treated me better? Or were they just like that and that's how I became this way? I don't know, I don't-'

'This feeling in my chest, it won't go away. It's pressing at my very soul. It's pain I can't describe. Is it regret? No. Is it fear? No, not that either. What is it? What is it? Can't think straight, the only word that comes to my mind-'

'Honestly, half this shit is useless', mulling over the textbook before him, Aurelio gazed into the sea of words, eyes gliding line after line. Gaining nothing but boredom after each second passed. 'Why couldn't have high-school lasted longer? If only it was another year I could've found love. No, that's cheesy. A true aspiration, nah, that is too', leaning back on his chair, Aurelio stared at the roof that covered his head, his hair swaying by the force of his ceiling fan. 'Maybe I'm not cut for this life. Those supers, flying around and those geniuses discovering new elements like their seashells on the beach. If only my genes weren't limited to just green eyes and annoying brown hair.'

Three subtle knocks at his door revealed themselves. "Aurelio, dinner's ready! Come out,"his mother, it had been times like these that Aurelio forgot he even had a family, being so lost in thought.

Returning the chair and himself to their original positions in front of the desk, Aurelio rubbed his face with both palms, sighing as if he were a disappointed father, 'if I kill my family will that make me a criminal? What if I said it was in self-defense and they were plotting something I happened to catch wind of? Will I get accepted into some cool government organization after they saw my killing prowess? Nah, but it'd be cool though.'

Standing from his desk, Aurelio lazily strode to his door, leaving behind his room for the hallway that led to the kitchen. "Oi, Elio get the table ready with your sister,"his father spoke in a gruff Spanish-dialect, "Yes, yes." Grabbing the paper-napkins and setting them in neat folds on the glass table, proceeding to place the silverware atop of each napkin. Then soon, everyone sat at the dinner table.

Silence, as always, filled the hollow area. That was till then, Mira, Aurelio's younger sister spoke.

"Ma, Pa. Guess what college Aurelio got an acceptance letter from?"The girl sat across from her mother's seat, grinning eagerly at her brother's accomplishment.

'This brat, why's she telling them my news?'

"Oh? I didn't know acceptance letters were getting released today"x 'Of course you didn't' x "Go on, tell us!"

Covering his face in a tired expression, Aurelio sighed once more. "Stanford! He got accepted into its Biology Program!"Both parent's faces fell proud and surprised at the same time. "Why didn't you tell us sooner, Aurelio! This is great news!"

"...it's cause I'm not going..." Aurelio speak meekly through his hands, making it near impossible to discern what he said. "Sorry, Aurelio? Can you speak up?"his mother looked worryingly at him, placing a hand on his shoulder since she sat right next to him. "I said," he rose his expressionless face from his palms, "I'm not going."

Both the parents and his sister sat shocked, their faces worth a thousand explanations.

"Did you hear me? I'm not going to Stanford nor am I going to college in general." Aurelio rose from his seat, grabbing his plate and placing it in the sink. Grabbing both sides of the sink to lean on, Aurelio glared at his family who all stared back. His father angry, his mother sad, and his sister surprised, Aurelio braced himself for a heap of verbal assaults. And as expected, the came.

"What the hell are you talking about!"His father, furious and red with the semblance of a cherry, spoke first. "Must I repeat myself? I am not going to coll-"

"Why Aurelio?! Why are you doing this to yourself?" his mother cut him off which made him grind his teeth and clench his jaw in annoyment. "I'm not doing this to myself. I'm doing this for myself." Lifting himself from the sink, ignoring the rest of his parent's remarks, Aurelio walked over to his little sister crouching beside her seat to level himself with her, smiling. "You were always a good kid, Mira. What you can do I cannot. And I cannot live like this anymore. Mira, don't let those two control you like they did with me. You'll thank me in the long-run."

Raising himself while dropping his smile, Aurelio heard a knock on the front door. Ceasing all conversation due to it's strangely loud rupture. "Who the hell is it now?!"His father, angry and annoyed rose walking towards the front door with a pace quicker than usual. He was really angry.

"What do you wan-"a gunshot. No, two. No, three gunshots. TCH, TCH, TCH. All identical in sound, each as loud as the last. Following, Aurelio heard a large object drop onto the ground. And with a single glance hew knew. It was his father, three identical bullet entry-points lodged into his stomach. Aurelio froze, his mother screamed, and his sister cried. 'What the hell is going on?'

Men in white suits strode into the home, each minding their step from the puddle of blood left by Aurelio's father. Each armed with at least a single firearm, Aurelio regained control of his body. Ignoring his mother, he grabbed his sister by her arm, yanking her out of where she sat, and practically dragged her to his room as quickly as he could. The second he shut the door, four more shots revealed themselves. His mother was dead.

He wasn't afraid nor was he sad for his dead parents. He was more-so terrified for his sister who had been staring up at him with teary eyes and a heart-shattering frown. Then, the thoughts came flooding in.

'Who the hell are these guys?'

'What do they want?'

'Why are they so extra?'

Knowing the killers already knew Aurelio and his sister to one of the rooms, there was no point in muffling his sister. "Mira look at me, are you alright?" Grabbing both sides of his sister's face in a worrying gesture, his sister nodded. "Alright, we need to get out of here. We need to call the poli-" in a single moment, his door came flying off its hinges as a bald man with a white suit lunged his leg forward effortlessly. "What do you want?" Shuffling his sister behind him, Aurelio gazed emotionlessly at the men who flooded into his room with the head-count of nine.

"What do we want? Aurelio Silvera, we want you?"x 'Tt, the hell is this guy talking about. And how does he know my name? Is he one of those shady people my dad does.. did business with? Probably. x "We won't hurt you, we just need you and your sister to come with us"x "And if I say no?" x "We'll behead your sister right in front of you, then you'll be next."

'Cause it's too much work, well, that'd be my excuse.

@warlock360: I’m sure I’ll find my way around his skill-set eventually, but till then, save a spot for me ;p

*Chuckles* Okay. That was funny.