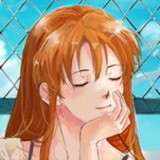 Geoff, You annoy me. You very much annoy me. Why? I've just read three issues of Superman: Secret Origins, and I don't know whether to love you, or freaking hate you.
On the one hand, the whole series is beautifully written. Every character seems tangible and real. It's interesting. It's charming. It's what anyone who wants to understand Superman should read. Every moment is nicely thought out. Every interaction is great and the events really set the tone for what the characters will become and how they'll evolve into people we all know and love.

On the other hand, IT'S FREAKING SILVER AGE! It was stupid when it was made and I would very much like it to stay buried.
I don't want a moronic clumsy oaf Clark. I don't want the legion of Superheroes in his childhood. I don't want him to have a Superdog from his superplanet. I don't want him to wear a supersuit made from the superblankets found in his supership.  And I don't want him to be a superbest friend with his future supernemesis.
All these concepts were retarded when they were made, and not even your freaking awesome writing can't pull them off. Crisis happened for a reason. John Byrne happened for a reason. They happened to get rid of all the stupid stuff you have been going out of your way to bring back. Why Geoff? Why?
What is the point of undoing decades of work to bring back the time everyone and their grandma thinks was silly?
Why have Lex and Clark be childhood friends? That is a plot point from Tiny Toons or Tom and Jerry Kids.  "Hey, they hate each other's guts and fight every day, what would happen if they met when they were kids? BRILLIANT!!!" Well not so much. In fact every concept you've introduced in Superman since Infinite crisis was retarded, but you somehow make it work, and I'm still asking why Geoff?
Did someone dare you? Did you make a bet that you can bring back the stupidest thing in comics and make it work? Come on. Is it that necessary to bring back Superman's "Iconic" origin? Was normal modern Superman so bad you couldn't write any good stories about him? I mean you're good with re-imagining train wreck characters into something awesome. The Rogues and Black Hand are living proof of that, but Superman has never been lousy. Not for anyone who bothered to read his book.
I loved your Action Comics, Geoff. I loved your New Krypton. And I love your Secret Origins. But I'm glad you're not writing anymore Superman books, and I hope you don't get around to write another one for a long, long time.

Disclaimer: Yes, I know Geoff Johns probably isn't the one to blame for DC's urge to undo Crisis on Infinite earths and all the good things it's brought, but it's my blog. Leave me be.
24 Comments

Dark Reign is a major let down, and I have pretty much dropped any marvel book with relation to it.

Blackest night started out small and slow, but, now that the main plot point is no longer in the GL book, it's getting awesome.

Come on, this guy already did it.

I'm not sure how many other villains actually took over the world in the normal continuity and get to keep it for a period of time.

I've been on the site since august and I've had four icon so far. I don't like changing icons and will generally change it only if I find some pic I uber like.

It has its good sides and bad sides.

the Forums took some time to get used to, but I like the new design, it's pretty cool.

I also like how our profile pages turned up, the new features like background are really cool, though I have a problem with the altered layout, like the wall comments now being on the top of the page.

I mostly have a problem with the character pages. the layout of Forum pages being on the top. I think it ruins the look of the page. Other than that I have no major problems...

Keep up the good work

Strange IS the sorcerer Supereme. I think Marvel is stupid for kicking him out. Anyway, far as I know, the Sorcerer Supreme is acknowledged and powered by the Vishanti. I doubt they would support someone like Doom, Hood, or other regular choices.