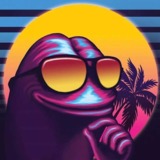 The show is getting a lot of negativity for the wrong reasons, the main actor even got driven off twitter by SJW's attacking him for being white...

LOL, there are some people that think Contest of Champions wasnt canon...

Jesus Christ how inept can you get...

Every 616 Earth character had their memory whipped so of course they didn't mention the Contest to anyone, they never even remembered being in it.

Ugh, @thedailybagel i think it's best you avoid this, the guy is willfully ignorant.

First off,I know quite a bit about many,many things I'll ignore that as simply an opinion. I don't care for Bendis that much,really. It's seems a bit stupid to make an arrow that might well be used against him,odd how Banner suddenly does something like that. Okay,then Hawkeye murdered a regular civilian,guess he should be in prison,then. Wolverine has been beaten by many,so Cho did too I'll give you that one. Wolverine could have cut off Hulk's legs and just walked away. Sorry,don't like Cho or Maestro. WHICH Hulk? lol Seems to be a surplus now.

I am sure you do, but the dynamic between Hulk and Logan and Hulk as a character, don't seem to fit in the category you are knowledgeable on, at least your comment lead me to believe that.

I mentioned Bendis because he is known for making highly controversial stuff, in fact prior to the issue were Banner death was revealed, he said he is writing something so controversial he might need to unplug from social media for a few days.

If you follow the story the reason Banner makes the arrow is because while he lost the Hulk and the ability to transform into the Hulk, he could still "feel" the Hulk inside him and he feared a transformation might still happen in which he would kill everyone around him, so he made an arrow that's capable of killing the Hulk.

Well Hawkeye was on trial for the murder of Banner, but was let off, which is one of the major conflicts of Civil War 2.

Wolverine doesn't really have the strength to cut Hulks legs off and even than they would just regrow.

I don't like Cho either, Maestro is fine, Peter David did an excellent job on him back in the day. There is a surplus of Hulks, i wish there were less Hulks, especially less of those that aren't the original.

If Hawkeye could kill Hulk by shooting him in the eye with an arrow,then Logan could beat Cho. Adamantium can cut Hulk,plus Logan has survived Magneto literally ripping out his skeleton,and nuclear bombs! Sorry,Logan would win.

2. Special arrow made by Banner himself.

3. Banner no longer had the Hulk, the Hulk was inside Cho, the only person Hawkeye killed was Banner, which he could have done with a regular arrow.

5. Adamantium can cut Hulk, but cutting Hulk and putting him down are 2 entirely different things.

8. You know painfully little about all of this.

Because she is no longer She-Hulk. She-Hulk was perfect. All the strengths, none of the out of control anger. Now she is messed up because of having been in coma and having her cousin killed by a man she considered a good and close friend. She is now a "normal" hulk

I forgot about the time when Bruce was in control and he was known as He-Hulk.

Actually, he was known as Professor Hulk, so close

First off, the whole Proffessor Hulk thing is a fan name given to him, it's not something mentioned in the comics, in the comics he was sometimes referred to as merged Hulk. You know why? Because he was a merger of Savage Hulk, Joe Fixit and Banner and not at all a Hulk with just Banner in control.

Secondly there are several occasions where Bruce is in control and he was still simply called the Hulk, for instance the Hulk that held the 150 billion ton mountain was actually Banner in full control, even during WWH and after it was alluded that Banner and Hulk where actually one in the same. There are also several other instances where Banner took control but nobody called him anything other than Hulk.

The change of She Hulk title to Hulk title is an amalgam of a few things, most important one being that we currently don't have a Hulk title. I mean we have a garbage fake Hulk title that is barely selling 22k copies each month and dropping, so Marvel is hoping they might grab back all the Hulk fans that left. And looking by the sales of the first "Hulk" issue with Jen they definitely did since it sold around 90k copies, though i suspect it wont last, so far the books been meh.

People need to realize that before anything else, money comes first. Their virtue signaling isn't gonna pay their bills, actual cash will so they will do anything they can and pander to anyone possible if it means they will sell more copies of an issue.

Because she is no longer She-Hulk. She-Hulk was perfect. All the strengths, none of the out of control anger. Now she is messed up because of having been in coma and having her cousin killed by a man she considered a good and close friend. She is now a "normal" hulk

I forgot about the time when Bruce was in control and he was known as He-Hulk.

didn't she die? When did she get revived?

She didn't die in Civil War II, she was put into a coma by a rogue missile shot by War Machine. The no prize answer to how a missile could do that to She-Hulk, is that it must have an ATM (Anti-Thanos Missile).

No, the no prize answer is that it was just more nonsense writing by Bendis, which other writers had to retcon... again...

This is still funny to me.

Just a few months ago, the editors and writers at Marvel where whining and trying to justify the Banner to Amadeus Cho change by saying Bruce got to repetitive and stale, it was boring to watch him get angry all the time.

In comes She Hulk a new comic where we watch Jen struggle with her anger just like Bruce did a million times before, but this time it's different!

I wouldn't call it an event either, except for a fact that Marvel themselves call it a massive event.