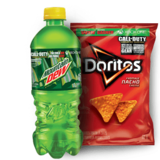 This seems like crap, and what a coincidence for this to happen near the time the Civil War movie came out.

Flash would normally win, but Archie Hyper Sonic is a broken character.

@awesome18: @blackkaizer: @arrowheaddip: @blackestnight93: @atu:ok first off so many say sonic are broken error he have limits in his normal base form only in his suepr form he have infinite speed as stated by the writer it never stated he have infinite power also he beat a god who can destroy the multiverse means not infinite power also dark sonic have help from doctor egman he never have omnipotent power thats so dumb in his super form he only detsroy 1/2 of the universe son goku lvl -,-

he crash with knuckles and that means he are ac. only 1/2 of a universe buster in super form

in dark probably 1/2 of a multiverse because he have also help from doctor egman why a broken character with infinite power need help!!!!!!!!!!!!!!!! yes right because he can not do it alone

Literally, what you are saying is that:

Does hyper sonic have a time limit along with sonics other forms?

He has literally infinite power. He's immortal and limitless. He doesn't even try and curbstomps. Flash can not beat him, lmao.

Flash can do absolutely nothing to Hyper Sonic. Hyper Sonic (Archie version) is literally a broken character. He's unbeatable.

@arrowheaddip: i have prove it you see the scan he broke the infinite barrier you can only brake it when you have infinite speed

I don't see Flash keeping up with Superman in that scan.

I think this is very interesting. If this story is handled well this could be awesome. If it isn't then I would jump on the critic train for this reveal.