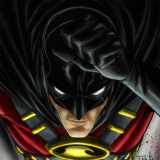 Sure I think it is reasonable for characters like Roy Harper,a human, to get injured when fighting against super villains and the criminally minded in general.However in the end there is no real up side to doing such a thing ever unless you either want to use it for shock value or maybe incorporate it into a story where the character overcomes his physical adversity and the traumatizing event that caused it just to end up more powerful thanks to some super friend's healing(whether it be magic or cybernetic).In the end it is just an easy way to shake things up for a boring character when there are no interesting story points to be gleaned from them.After his failed romance with Hawkgirl Roy didn't have anything going on and the "Red Arrow" shtick was never really exciting.So in conclusion yes I like it because it is somewhat realistic for such a thing to happen and some characters need the shake up but I also don't like it when a device such as a gratuitous injury or death is used for shock value or a way out.

Oh and I also don't like to see Heroes get hurt because they are the good guys and I admire them.