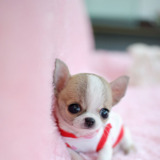 Any person vs Saitama aka Caped Baldy from One-Punch.

No one should be able to dodge the Omega Beams, much less survive direct hits unless Darkseid wants them to.

But when yo uhave a villain that has an auto win like that, some writers don't understand or use it correctly, unfortunately. That, and, no hero means no story.

Anyways, not at all. Superman couldn't beat it and made The Flash tired and only escaped because he caused them to crash into those creature things.

Yeah, unless they do something newsworthy, they will be forgotten in like, 2 days. Nothing against your family, just that people always want something new and forget the people in the past.

Oh, and it would be awesome to know when they will appear ;)

@aquaman01: The kid is a dumb**s, no doubt and should be punished. But there is more to this story. He had an accomplice who was 24 years old at that time, had an extensive criminal history and who was also Kenneth's mother's drug dealer. The guy got only one consecutive life sentence, Kenneth got four. Despite the fact that the kid wasn't the one holding the gun and making threats. If what Kenneth was saying is true, he and his mother were threatened. Really recommend everyone to watch it. It's eye opening.

Man, the courts should have flipped the sentences... Really weird...

Whats worse is that not even the current system wants to help out. Goes to show how far our judicial system has gone...

Hmmm, yeah it is a bit extreme. However, in defense of the courts, if you are gonna do an ARMED robbery, then you deserve your sentence. Anyone with a brain should know that having a weapon will make your sentence much longer than without one.

Plus, IMO, if someone is willing to threaten someone with a weapon, then you are to assume that they are willing to use it. So, sucks to be him and I completely agree about the no parole on a crime where no one was injured plus him being only 15 is HORRIBLE, but at least next time he will know not to screw other people.

Wait, SERIES??? As in multiple? Was it like 2 or even more? Ooooh, one I MIGHT sympathize as a stupid thing, but more he is just asking for a whole lot of trouble. Yeah, now I am leaning more on the sentencing. Still, the no parole does seem extreme, should have said no parole until 20 years later.

Considering that is what me and all my friends call it, no.

Dang. I heard he went to the hospital in critical condition... Hope he would make it out.

Don't see how anyone could think that it would be.

I have never understood people's hard on full of hatred to hipsters.

Sure, they can piss me off too, but man, it sometimes sounds like they have personally hurt someone lol

However, hurting me by hurting someone I love (like you mentioned), HECK no. I mean, the question should be would you let them live after hours of torture, let alone forgiveness.