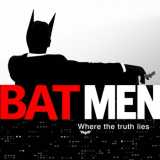 And if this is not paving the way for Jean Grey's return, I don't know what is. "Hey, Jean, lovely to see you again! By the way, did you know that I built a school and named it after you? Scott would have helped, but he was kinda busy, you know, sleeping with Emma and all. You remember Emma, don't you? Not that I'm judging or anything, but, well... school, Emma, school, Emma. Just thought I'd put it out there..."

I can't say I'm sad to see Rozum leave a book that I have no interest in, if it means he's free to pursue things closer to his and Irving's wonderful Xombi mini. He was wasted on Static Shock - by which I don't mean that Static isn't "good enough", only that writing such a book and character would probably have been limiting for Rozum. I'm sure DC can find a more suitable writer for Static, while Rozum can let his special brand of creativity soar on other projects.

As far as I'm concerned, my favourite books from both DC and Marvel are always the ones disconnected from Big Events. I care very little for Geoff Johns' bombastic, soulless writing or Marvel's latest "things will never be the same again" yawnfest. This is always when company-mandated imperatives ruin every chance of character development.

More and more often, I tend to skip tie-in issues altogether, so I can probably rejoice: I'll be saving a lot of money if Marvel continue their stupid trend of a new Event every other month. I've lost all interest in half of Marvel's books because that fugly Fear Itself is on so many covers these days, so if that's their new business model, yay, more money for other stuff!

DC handled Flashpoint perfectly, IMO: for company-wide events, mini-series should always be the way to go. The readers who are interested in the latest mega-crossover can just buy the minis, while those who are not interested aren't deprived of their regular, beloved series for two or three months in a row. This should really be the rule - but hey, the market has spoken, people love events, so I'm not holding my breath...

Clay Mann? Sold!   (And calm down, people. Not only is this just a teaser, but it says "Not a hero", and not "Magneto is a genocidal sociopath." There's quite a bit of leeway between the two.)

The only answer for me, is I want them ALL back. How's that? Not impossible, come on Simone, make it happen. Please.

I need to bookmark this article. Thank you for writing it, Sara; it will hopefully remind certain people that Cass has a large and passionate fanbase out there, fans who feel - rightly so - that no other character can be a substitute for Cassandra.

She was something new. She still is. She managed to do "dark and brooding" just right, never too much, never fake, forced or insincere. And she didn't wallow in it, she wasn't a one-trick pony, forever doomed to be the broken little assassin wind-up girl. She fought tooth and nail to claw her way out of the equally grisly fates that she seemed predestined for -- be it an endless cycle of crippling self-loathing, a world of blood and murder, or life as somebody else's puppet.

Cassandra resonated with me more than I can say, on a more personal level than practically any other comic book character ever has. The art on her ongoing series was generally underwhelming, but I couldn't care less when the character work was so good, her story and evolution so compelling, her characterisation so consistent (at least until someone came up with the brilliant idea of turning her into a doped-up "villain" -- AKA Rose Wilson II -- which is when things started going south).

When DC announced her return, I was beside myself with joy. After a couple of false starts, there she was, finally coming back for real in Gates of Gotham - and written by Scott Snyder, too! But like most things that sound too good to be true... it was.

As much as I welcome the DCnU, there are two things that piss me off to no end: 1) the demise of the Secret Six, and 2) Cassandra's being treated once again like yet-another C-list background character whose future (or absence thereof) doesn't even deserve to be addressed.

I hold out a sliver of hope that she'll appear again (and more center-stage) in Batman Inc. when the series returns in 2012, but since Morrison never really used in the past, I strongly doubt it. And as much as I worship him, I'm not sure he'd be a good writer for her, either.

Here's an idea, DC, I'll give it to you for free: get Brian Wood (it's not like he's too busy with Supergirl, now is it?), steal Emma Rios from Marvel and put them to work on a Cass Cain book.

If all men could write female characters the way Terry Moore, Brian Wood or Greg Rucka do, I'd say gender doesn't matter.

Unfortunately, it's pretty obvious that many male writers don't have the first clue where to start when it comes to writing a genuine, convincing female character... so yeah, we definitely need more ladies on storytelling duties in mainstream comics. Gail Simone, Marjorie Liu, Kathryn Immonen and Kelly Sue DeConnick aren't nearly enough.

If someone can get me interested in Superman, it's Grant Morrison - like he already did with All-Star Supes. Hopefully lightning will strike twice.

Mahmud Asrar on Supergirl is great news, his covers have a lot of style and I love the heavy black lines he seems to be fond of. That said, I'm none too convinced by the costume. The skirt-n-shorts combo was fine, I don't know why they had to screw with that - she looks like a random anime heroin now, but I'll wait to see the interiors before forming an opinion.

I'm also not crazy about the fact that they're apparently rewinding her back to when she first appeared on Earth, seemingly ignoring Sterling Gates' wonderful job on the character. Still, it could be interesting if there's a real focus on the "none of [Superman's] affection for the people of Earth" aspect of the book, i.e. if they throw just a dash of Dark Supergirl in her.

Like many, I was disappointed with DC's decision, but having Gail Simone (who knows and writes Barbara better than anyone, ever) on board was always a silver lining. This interview just confirms how ridiculously amazing and smart she is. I'm sure it'll help those who fear and/or resent the decision to put things into perspective, and maybe assuage their concerns.

Jack Hawksmoor, WOO-HOOOO! It wasn't two days ago that I wished precisely for this, but I thought there wasn't a chance in hell.

Damn, Stormwatch are going to be ridiculously strong: the King of Cities + Wildstorm's version of Superman + an unbeatable fighter who would defeat all of the DCU's top brawlers with his hands tied... and Martian Manhunter on top of that? I say they should go all the way and bring the rest of the Authority over.