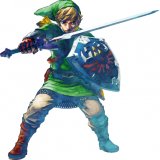 A guy that is anti mutant and meta human.

@buttersdaman000: I'm not a comic book fan. It resembles you quite nicely...lol..Not mention I showed a middle finger to Stan Lee.

I'm the only few people trying to contribute to this site, and make it better.Spit at the well before you drink it.It will make you look quite clever.

@comicsrulebutdbzdoes2: @buttersdaman000: It not going to help your case. Buttersdaman are a kid yourself.Comicbook fans like you make me hate comics. Non of my family members are fan of comics. My aunt is a doctor, and finds them to be a group of mentally challenged misfits.

1. The fanbase: Is the worst in all of fiction.The comicbook fanbase is biased more than you can ever imagine.Not mention they are dishonest.

4.They buy comicbooks only to complain about them. Huge majority of them are just whiners.

6. Take feats out of context,and exaggerated the characters abilities x 1000.

7.The most dumbest that were ever created for arguments. Most notably invented words like ripoff,overpowered, and depowered.

8. Can't Debate: They can't debate without cursing,insulting, or being a total jerk.

9. They are just annoying. Imagine a Otaku but 200 times worse.

10.Comicbook fanbase is the only fanbase that makes you hate characters.it is simple as that.

Anime/manga community is not as bad as people say it is.Huge majority of Otaku's are nice, and respectful except for Youtube anime/maga community. Most notably Double4anime,Code Provider,Black Lighting,and Digibro (there are tons of them on youtube are just plain bad)...These individuals are not only biased, but are jerks. The difference is that comicbook fanbase is 200 times worse then these guys are.

It is a copy of power rangers.