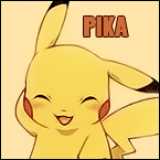 Super-Heroes, the Modern Myth: The Call to Adventure

I've recently started reading a collection of books on mythology by Joseph Campbell.  The current one I’m reading is The Hero With a Thousand Faces.   This book is about the adventure of a hero, from the beginning and to it’s end, and in the book it relates this to many tales told throughout the ages.   From the Persian tale The Tale of Prince Kamar al Zaman and Princess Budur, to Grimms’ Fairytales:   The Frog King, and so many others.

As a whole, it’s a very insightful read, and while I was reading this I was able to see many connections between the heroes of our mainstream comics and it intrigued me.   Mythology is made up of traits in everything.   There is a commonality to all stories from times past, and though every character is never the same as a next, there is always common traits shared between each of them, and so I decided to write this blog to help forge those connections and explain them to the best of my ability.

The Call to Adventure:

Joseph Campbell says that in order for a heroic story to truly begin, there has to be a “Call to Adventure”.   The Call to Adventure is, obviously, what will start the adventure of our stories heroes, or in this case, it’ll be the start of a Superheroes crime fighting career.   There are many possibilities to start the call to adventure, but the result is always the same.   The Call will always end up associating the hero with a world that is “not rightly understood.”

The first type of Call that Joseph Campbell describes is, a Call via a blunder.   In the case of the book he uses the Princess in the Frog King, and how her blunder of ignoring the promise she made with the Frog as the start of her adventure, but because I’m talking about superheroes, I’ll do one better.   In the case of Barry Allen, he became the fastest man alive via the blunder he made one night in his lab, and getting struck with lightning.   Through this blunder, he was given supernatural powers to move faster than the human eye.

Let’s take a gander at Bruce Wayne, in the case of Batman, his “Call to Adventure” is in the loss of his parents to a criminal.   It’s from this loss that Bruce devotes his life to

being able to fight crime and prevent the very tragedy that occurred to him, from happening to another child who may lose his the very parents they love to some petty criminal looking to make a quick mugging.

The reason why a “Call to Adventure” for a superhero is important is because, a hero needs a reason to actually become a hero.   There are characters like Superman who are born with their tremendous powers, but without the call to adventure, there is not a thing that prevents the Earth’s greatest hero, Superman, from becoming Earth’s greatest villain.   In this sense, it’s the call to adventure that makes the hero a hero, and not his powers.

Refusal of the Call:

What makes a heroes’ Call to Adventure, interesting is that all heroes have the choice to either, answer the call and take the journey that will make them a hero, or they could simply ignore the call and go on with their life.   When someone refuses to answer their personal Call, they, in turn, become, not a hero, but a person who in turns ends up needing to be saved.

“Refusal of the summons converts the adventure into its negative. Walled in boredom, hard work, or "culture," the subject loses the power of significant affirmative action and becomes a victim to be saved.   His flowering world becomes a wasteland of dry stones and his life feels meaningless—even though, like King Minos, he may through titanic effort succeed in building an empire of renown.   Whatever house he builds, it will be a house of death: a labyrinth of cyclopean walls to hide from him his Minotaur. All he can do is create new problems for himself and await the gradual approach of his disintegration”

It’s hard to actually describe any heroes who don’t respond to the Call to Adventure, but often times when a hero refuses the call, it is through not accepting it that they are

confining themselves to a life of mediocrity and abasement.   In fact, it’s often the heroes who refuse the call that in fact become villains.   Sinestro, for example, through his actions is kicked out of the corps, and it’s because of this he becomes the the arch-nemesis of Hal Jordan.   Through his actions, he in turn rejects the corps, and he puts himself in a position of disgrace.

A hero who refuses the call, becomes no more than a common human living his life, ignorant of the feats they could have accomplished.

As a hero goes about their adventure, there is a need for a person to guide the hero as they carry on.   Aid is only given to those who have not refused the Call, “the first

encounter of the hero-journey is with a protective figure (often a little old crone or old man) who provides the adventurer with amulets against the dragon forces he is about to pass.”   Take Luke Skywalker, the future Grand Master of the Jedi, and one of the most powerful force users ever.   It’s through Obi-Wan Kenobi where Luke is given his Light-saber, and it’s through Obi-Wan that he is taught the ways of the force.

Or, in the case of Billy Batson, it’s through the Great Wizard Shazam where he not only receives the powers that allows him to become

Captain Marvel, it’s through the Wizard where he is also taught in the ways to use his powers.   With Bruce

Wayne, it’s through Alfred Pennyworth that Bruce is taught to think with his mind, and not his fists.   It’s through this that the foundation for Batman is set, for Batman is a hero who enacts all action with great forethought before anything else.   There’s a reason why he’s considered the “Prep God” and it's because of his ability of forethought, an ability handed down to him from Alfred Pennyworth.

Without this aid to our heroes, once again, there is really nothing that prevents them from becoming villains.   Without the Wizard Shazam to guide Billy, there is nothing that could keep him from using his great power for evil and becoming a character similar to Black Adam, and we saw that recently with the Dark Marvel Family arc in JSA.   Without guidance, Bruce would be the greatest villain in the world, a man who has contingency plans to take out the entire Justice League is less dangerous when he is working with the League than when he isn’t.

The Crossing of the First Threshold:

As so eloquently worded in a documentary I watched a while ago, at some point our heroes must realize that they’re not in their comfort zone.   The Threshold crossing is

where Dorothy realizes she’s “not in Kansas anymore”.   It’s in this crossing where the danger of inexperience for the hero is costly.

When Superman made his first appearance as a hero, he wasn’t loved, people feared him which a stark contrast to his home in Smallville, Kansas where his parents loved him despite his alien nature.   It’s the crossing of this threshold where Batman realizes that fighting crime is dangerous despite all his preparation. It’s through crossing this threshold where Tim Drake gains the fortitude to be the Robin that Bruce needs, and it’s through this crossing where a hero gains the mental strength to become the hero that the world needs.

The Belly of the Whale:

It’s “through the belly of the whale” where our hero goes through rebirth.   Our hero crosses the first threshold, and instead of conquering it, they are absorbed and are seemingly dying.   The passage through the well is a journey of self-annihilation, where through overcoming the adversity presented, the hero is made anew.

This is best exemplified with Oliver Queen, the Green Arrow.   By being stranded on that island, he is symbolically going through The Belly of the Whale, where his only

choices are to fight to survive, or wither and die.   He chooses to fight, and when he escapes the island, no longer is he the self-righteous playboy he once was, he’s a humble hero who “fights for the little man”.   This transformation does not occur, unless he goes to this island and goes through these trials.   Without his journey through the Whale’s belly, Ollie does not acquire the knowledge that he can, in fact be a hero.

It takes these five things that I’ve gone over to help shape a hero.   A hero is never greater, than when a hero first realizes that they can become a hero.   The process to becoming a hero is a number of steps, but once each of these steps are completed, it is there where a superheroes' journey can truly begin.