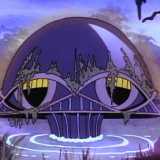 The X-Men #4 - The Brotherhood of Evil Mutants

Why "Civil War" actually makes more sense in the MCU

Now I never cared for "Civil War" in general. Hell, the main reason I'll be going is just to see Spider-Man and Black Panther make their MCU debuts. But in the MCU the fact that this story could happen is actually a little more believable.

Civil War was obviously a lot more plot-driven than character-driven. I mean, the two opposing leaders were Captain America and Iron Man. Two best friends, comrades, teammates, source of yaoi fanfic shipping (hell, that one's not even totally unjustified). They've spent decades fighting side by side together through thick and thin. And no matter what personal differences ever came up between them (all of which were a lot bigger than something as dumb as opposing political positions) they always overcame that and managed to work together!

But no, in Civil War they just said "f*ck it" and started wailing on each other instead of trying to work out some kind of compromise.

But that was in the comics, where they'd had decades to forge the bond we know they have. But in the MCU? They've had like 2 movies together. Sure, there was all the offscreen missions we found them wrapping up at the beginning of "Age of Ultron", but that still hardly compares to the years they had known each other in the comics by the time Civil War rolled around. So, in the MCU the story actually makes more sense.

The mystery is finally solved

This article finally answers the question of how Wolverine got his adamantium claws back in DOFP.

Now, is this both anti-climactic and a total waste of potential plotline? Hell yeah it is. But at least now we finally have an explanation.

In honor of the Clown Prince of Crime's recent return, I decided to list some of the greatest quotes he's given us.

"One by One, they'll hear my call. Then this wicked town, will follow my fall."

In the retelling of Batman and Joker's first post-chemical bath encounter in "Batman: The Man Who Laughs", Joker leaves this cryptic message on his cell in Arkham. Batman struggles to find out what it means. In the end, it turns out Joker was just going to poison all of Gotham. There was no specific goal in mind. He just wanted to kill everyone, because he didn't think Gotham was any better than him and he wanted to drag the city down to Hell along with him.

"I don't need you in my card collection. I NEVER PLAY WITH A FULL DECK!"

This one's from the 2004 cartoon, "The Batman". That incarnation of Joker was always a little...controversial. But I liked him. He played up the "laughing mad maniac" side while still keeping that true Joker spirit. And in the episode "Topsy-Turvy" he really proves that.

The plot is that Joker has been taking revenge on the people who put him in Arkham with a raygun that encases them in giant playing cards. (Admittedly that requires a LOT of suspension of disbelief to buy) But it turns out he was threatening an Arkham orderly to do it for him. When Batman finds out, he confronts Joker in Arkham demanding answers, and Joker gives the usual "we're yin and yang" banter, but not in a way that makes you sick of it. Then he hits Batman with knockout gas and delivers the above line.

Manipulating things from his cell like a game of chess so well that even Batman has trouble figuring it out, then summing his plan up by making a semi-decent pun about it. That's true Joker. A method to the madness.

Of course Ledger's unforgettable performance would get him a place on this list.

This scene is the reason Joker is such an effective Batman villain. Batman relies on fear and intimidation as weapons. But in this movie, Joker was something he was unprepared for: someone who wasn't afraid of him. He sees the Batpod speeding at him and what does he do? He picks up a machine gun and plays chicken with Batman!

Of course Batman wouldn't hit him, but he was expecting Joker to run. And Joker knew that. He either knows full well that Batman has no intention of killing him, or he really does want Batman to do it. Probably both. He didn't even flinch!

"That's the gist of comedy. You're always taking shots from people who just don't get the joke."

A line from Paul Dini's Eisner-winning story, "Mad Love" (the origin of Harley Quinn). Joker tells it to Harley during their therapy sessions after a story about his abusive father. (I don't know why everyone thinks he was lying during that time. He did say always remembers it differently.)

In most of his backstories, Joker was just a guy who dreamed of making people laugh, and he was constantly abused. And this line reflects that in the best way. Joker considers life itself a joke and is just waiting for everyone to catch up on it. But in the meantime, he's constantly taking sots from the people who don't get it (as in everyone).

"That's how far the world is from where I am. Just one bad day."

Like we didn't all know "The Killing Joke" was going to be here. After all, it has some of the greatest dialogue in all modern literature. And, in my opinion, the greatest thing about it was that it opened up Joker's twisted mind for us to take a good, long look at its inner workings. And this is it. The twisted cynical tragedy beneath the comedy.

I always thought the great thing about Joker was that he came up from nothing. He wasn't as smart or as resourceful as Doctor Doom, or as powerful or motivated as Magneto. But he still managed to be one of the greatest villains ever. And the book's reveal that he doesn't even remember who he was really hammers that point home. He's saying that anyone could've become the man he is now.

Wow, this was kinda fun. Maybe I'll do this for other villains sometime. Next is probably Doctor Doom.