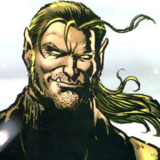 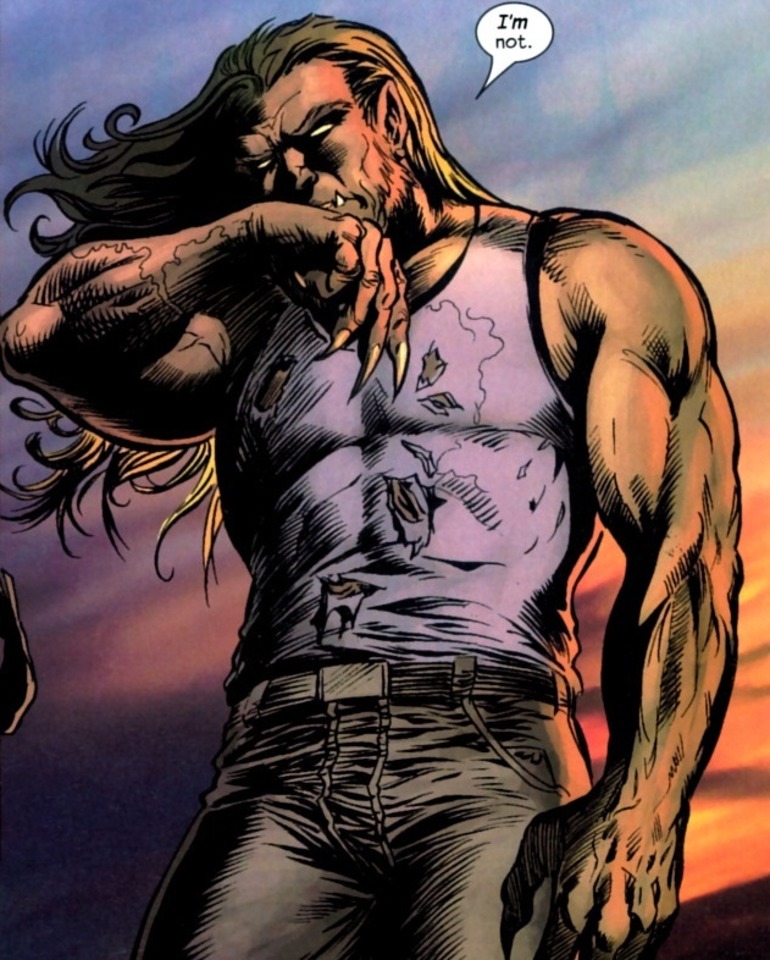 The durability of Dog's skeleton is approximately five times that of standard human bone.

Superficial wounds heal almost instantaneously, serious wounds heal in a matter of minutes, extreme damage such as limb or major organ loss may take hours or even days, depending on severity. Toxins and diseases are quickly neutralized.

As a direct result of healing factor, Dog's stamina has been greatly accelerated: can maintain a high level of physical activity for days before tiring. Due to his increased bone strength and his healing factor’s ability to repair muscle tears and prevent lactic acid buildup, strength is in the ten-ton range. His agility is peak human.

Can see in near-total darkness with no loss of clarity. Hearing can extend to a three-mile range under optimal conditions. Can track and identify others by scent.

Claws and fangs are of sufficient sharpness and strength to rend Kevlar armor.

Can absorb training roughly three times faster than a typical human, remembering techniques and tactics with minimal instruction or observation.

Due to longevity provided by healing factor and ability to absorb training quickly, has become expert in a number of hand-to-hand fighting styles, including Russian Sambo, Krav Maga, and MCMAP. Has also developed his own “berserker” style of fighting, using his extensive combat knowledge to use his natural weapons to their best effect.

Has likewise achieved mastery of many ranged weapons, including both civilian and military rifles and shotguns, SMG’s, handguns, archery, and thrown weapons such knives, axes, and javelins.

Extensive wilderness survival training couples with his natural attributes to make an expert at hunting, tracking, and moving swiftly and stealthily in even the most inhospitable terrain.

Light and form-fitting enough to worn underneath other clothing, the vibranium weave of this armor allows it to absorb lighter attacks such as small-arms fire and conventional blades effectively while being light and flexible enough to have no measurable impact on the wearer's speed and agility.

Heavier vibranium plates make up these gauntlets, which cover the back of the hands and the forearms. They can allow the wearer to block blows of up to one ton of force, reducing the impact to approximately that of a foam pool noodle.

A brace of five vibranium knives (there were originally six, but one is now in the possession of Renegade, following their battle in Venezuela). They can be worn either as a belt or as a bandoleer, and are balanced for throwing.