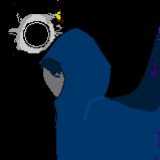 I know this is my first blog but I would like to share to you a hint of my nastier personality as a critic, the fact is the New-52 Ollie is worse than the one with all the baggage we have thrown away. I'll put this in a nutshell the reasons why, he has been here for almost 80 years real time and has been in most of the major events like Crisis on Infinite Earths as well as major teams like the Justice League who he was induced into because of his fan following. Also his personality shaped his reputation as a liberal and influential person as well as a dynamic superhero who had a good supporting cast and supported him nicely (before the later parts of the things he was in tore the aspects apart). Right now, he has barely anything distinctive, he has a younger age (24 to be exact), no family, no friends, (he has a technical team working to get him out of problems), no ladies that like or love him more than an arc and the most infuriating one, no interesting history or good storylines to enjoy (Because of the age difference, anything before the start of the series are retconned out). Sure he's going to be in the new JLA but it still hampers my enthusiasm for his future as it's probably likely that DC will keep the changes for a long time or... just until the next Crisis comes and I don't mean my mid-life one.

If you find anything you want to contest me on, feel free to do so.