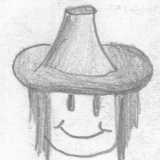 What on earth is the deal with the new Comic Vine!?

Maybe it is just me. Really. Maybe it is only me. But about this time last year, I was a mad user of Comic Vine. I used to post all the time, and was really proud of what I wrote. I got enough comments as well that I think a few people out there new me. I was able to see how many people viewed my posts. Yes, Comic Vine has changed, and it does not fit with me. They have definitely changed for the better in some respects. The whole achievements thing is very cool, and I love it. The merging with other Whiskey Media is also terrific, despite the fact that it does not directly affect me. As I said, maybe it is just me. But right this very second, I am writing in a text box no bigger than my thumb. What the hell is up with that? Why is this stupid crap happening? Is Comic Vine in like a trial period or something? Further more, I no longer have easy access to my blog posts. I now have access to every thing I have ever written on the site, be they blog posts or otherwise. Why? I don't want, let alone need everything compiled into mess. What was wrong with the old profile menus? I could see what I had done in clear succinct fashion. Please Comic Vine, tell me what has happened to your once brilliant site. jakeyjoo@gmail.com

I dont really get how the infection started in Marvel Zombies...?

Hey, I have Marvel Zombies 1, 2, Dead Days and Army of Darkness, and I still don't fully understand how the infection began....

Cause in AOD the Sentry infected heaps of the Avenger's, but then in DD that weird little alien thing that was inside Johnny did it. It seems like there contradicting each other..... It probably all makes sense, but I cant find DD, and I read it in a hurry cause I also got Planet Hulk and Final Crisis that day. Wiki and CV don't explain it well enough for me to really get it. I also feel like and idiot cause I normally get things first time through....

Oh well, it would be great if someone could properly explain it to me. Marvel Zombies is so awesome. 1 & 2 are definitely the best though.

Comic Crossword! A first on the vine...

Cant be positive but I'm pretty sure this is the first comic crossword on the vine. Anyways, I hope its a bit challenging.

I guess the way it works is that each person posts when they figure one out? Oh well. Spread the word! If you like this post, please take a look at my others or add me as a friend.


The Bold clues are the ones that havent been completed

In terms of Comics, we have to be better than Wikipedia!!!

Hey, before I came to Comic Vine I used Wikipedia to get all of my comic related information. Im sure many others did, because for a time, wikipedia was all there was! And while I much prefer comic vine for the community and the blogs and rumors and such, Wikipedia still has one thing over us...
The Articles!!!
Heaps of there articles are loads bigger than ours; Lobo, Superman, Deadpool, Batman, Joker and Wonder Woman...
So obviously, I'm not saying we should copy what they have on their site. What I am saying, is that given that were a specialty comic website, we should have larger and more in depth articles on our capes... So lets get crackin'
Yes?

IF you liked this post, please take a minute to look at others of mine, or add me as a friend.
27 Comments

Comic writers are so corny! A look at alliteration in comics

For those of you who have read much Superman, you will be aware of the L pattern; Lois Lane, Lex Luthor, Lucy Lane, Linda Lee, Lana Lang, it just goes on and on. So this is obviously a running joke in between the writers. But this pattern of alliterating names goes throughout both the DC and Marvel universes.

Wade Winston Wilson - Deadpool
Scott Summers - Cyclops
Wally West - The Flash
Susan Storm - The Invisible Woman
Reed Richards - Mr. Fantastic
Matt Murdock - Daredevil
Pepper Potts - Iron Mans love interest
Bruce Banner - The Hulk
Peter Parker - Spiderman
Im sure theres more, but at a first glance, arent there alot of them? Its seems that having a non-alliterating name like Hal Jordan or James Howlett is more of an achievement!
I think that Stan Lee mentioned that it was so he could remember his creations, but that sounds like a bit of a cop out to me. I reckon the writers just thought it would be funny, either that or an in-joke were not in on.
What do you guys think?

IF you liked this post, please take a minute to look at others of mine, or add me as a friend.
12 Comments

Where were the the X-men? (WWH)

Hey, during the World War Hulk series, I'm wondering as to the whereabouts of the Mutants? Hulk probs would have gone down alot quicker if Wolverine had got stuck into it... And Rogue could have altered the battle in the Earth's favour....

Im not actually a big reader of Marvel, so youll have to excuse me if this is common knowledge.
1 Comments

Theory on The Joker (call me crazy!)

If you have read any of of my other posts, youll understand I am quite a Big J fan.
There seems to be a sense that as cool as The Joker is, he wouldnt actually pose that much of a threat to the likes of Superman or GLC. This is because he is generally using guns or meagre traps, and he is only ever doing things for a laugh. He is also (seemingly) powerless, and is just a clever guy with some cool poison. He is viewed as a villian who is just a bit of a nusicance, and could never cause as much mayhem and destruction as the likes of Darkseid or Braniac can.
But I think this is because he isnt really trying...
He is always to dandy to go back to Arkham, and dosent mind a loss, as long as he gets his jollys out of it. One example of this is The Killing Joke. I mean, at the end of that book, he pulled out a toy gun, and just laughed when it didnt work. We all know he dosent want to kill Batman, but suppose he wanted to, he would do it in a second. I also have this funny feeling that he and Deadpool would get on very well. Has he ever met Deathstroke?
So. Suppose The Joker decided he had a grand plan (a grand joke) that would shake the DC universes heros and villians, I think he could pull it off. He is always one step ahead of the game, and backing up what I said before, he pretty much intentionally gets thwarted. But if he wanted something enough to stay ahead of the game, then he would pose a greater threat than any other living villian. He is just so crafty and brilliant. Have we ever seen The Joker really push himself? How often is he genuinely (GENUINELY) annoyed for losing? Pretty much never, cause he knows he can just come back for more.
I dont think we have seen the capacity of The Joker yet.

IF you liked this post, please take a minute to look at others of mine, or add me as a friend.
20 Comments

A FAITHFUL version of Wanted? (the casting)

So if you read some of my previous posts on wanted, then you would have some idea of how angry I was with the movie adaptation of Wanted. However. I was thinking, that suppose the guys behind Watchmen (wether or not you like the comic, you cant deny that the movie was very faithful to it) decided to do a proper version of Wanted, then who would they cast? There are some obvious answers, but others are up for grabs...

Wesley Gibson: Eminem (can he act though?)
Fox: Halle Berry (not a very good catwoman, but fox was based on this actor)
F*ckwit: Jason Statham (the guy from Transporter, Death Race and The bank Job)((If someone did a great job with special effects, he would look MASSIVE))
Solomon Seltzer: Dunno yet...
Mister Rictus: Dunno again
Future Here: Edward Norton plays a good Nazi, so if he was bald, he could do a good job
As I get more ideas I will put them up, but comment on it, and tell me who else you think might do a good job?
8 Comments

Watchmen's standing in the eyes of Comic Vinians

Do people love Watchmen? Personally I loved it, but I'm wondering if the rest of the community thinks it as good as I do. Perhaps it is way over-hyped, and its given too much good attention that it doesn't deserve...

I know eveyone loves Rorscach tho. If he was any cooler, he would probably freeze the whole universe.
21 Comments

Heath Ledger's Joker in comparison to...

I'm curious to know what the rest of the comic vine community thought of Heath Ledgers Joker? I know it was last year or thereabouts, but it only really just crossed my mind. How does everyone think he shaped up? Personally, I quite liked it when I first watched it, but after reading The Killing Joke and other Joker themed comics, I preferred the skinny joker in the dirty purple suit.

No doubt, Heaths was good, but it didnt really respect the source material...
For example, the Joker in the new Arkham Asylum trailer looks bloody brilliant. So purely insane and evil at the same time. That rendition of the Joker feels more like the one we saw try to make Commissioner Gordon go insane. He looks like he really did shoot Oracle (Batgirl at the time)
For that matter, was he better than Jack Nicholsons Joker ???
Share your thoughts
19 Comments

Blogs Created:
15 blogs
Most Commented blog:
In terms of Comics, we have to be better than Wikipedia!!!
Total Comments on blogs:
176 comments