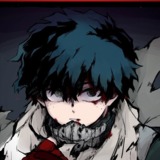 "They Let The Bullets Fly."

Every hero has an origin story.

It is when times are darkest that a hero is born. A hero comes to be a spark, setting a fire in hearts that have become tinder dry. A hero will lead, sacrifice and inspire; then the torch of bravery must be passed on. They arise to wield the power of love and shun the love of power, they come to show us what we all are inside, heroes waiting to be reborn. Our heroes show we are worthy of our birthright, worthy of the love that rises under our wings. They show us that we deserve to live, and fight and scream the cries of victory every day.

Aiden James wanted to be a hero...

But he was afraid.

And here was why.

Six Months Ago At Fremont High in Metro City

The wind howls as the students arrive through the gates, hustling and bustling down the hallways Friends are greeting each other with a hug or a playful punch while newcomers stand looking scared. The seniors stand, tall and proud, a confidence born of experience. Soon the bells ring and everybody runs except an occasional slowcoach or chatterbox.

Then there's Aiden James, Aiden was shy, not an introvert where you felt power in being alone. No, that wasn't it, Aiden wanted to be around people, to connect with them, he just didn't know how. He was different from everyone else, from the emerald hair that rested on his head to the times he would mutter and talk to himself absentmindedly.

The green-headed boy was special, though he knew it not. He was half Alien half human, a Sol'arian, and a human. His destiny was laced with power and royalty and he knew nothing of it. So as he traversed the hallways he took note of everything, the number of bricks on the walls, the cracks in the ceiling, the smirks and stares of the other students. He drifted from class to class absentmindedly, As the minutes of the lessons passed, the ceaseless buzzing of the classroom and the unlimited amount of energy the students contained increased, which would be a rare sight if the class was under their teacher’s supervision. Having no vicious teacher who would glare at the class with red flames dancing in her eyes as she expects an answer to a question even the world’s most intelligent mastermind couldn’t provide answer to, was an unbelievable chance worth taking to have at least a few moments of pleasure after a day filled with endless hours of Algebra and Chemical Reactions.

And so as Aiden sat in class with his pencil in his hand making a sketch of Superion, when a female voice boomed through panicked on the intercom.

Aiden's entire class went deadly silent, everyone's face was filled to the brim with panic, multiple series of gunshots sprang through the school and the child's face went white with horror, Aiden felt the panic begin like a cluster of spark plugs in his abdomen. Tension grew in his face and limbs, his mind focusing in on the screams and gunshots. His breathing became more rapid, more shallow. In these moments before his personal hurricane, he understood the drug addict, the alcoholic... anything to stop the primal surge to flee. He prayed for someone to come save them, no answer. He whispered Superion's name, his heart racing faster - no answer. Again - no answer. Again -no answer. No Superion. Aiden's mind screamed for other solutions and the panic grew. In seconds he was curled tight in his arms, his only movement the trembling of his limbs and salty tears darkening his sleeves.

Then the gunshots reached his classroom. Horror filled screams sprouted in the air and men clad in black stormed in the room.

"He's here!" One of the men screamed, and another said: "Take them out."

Bullets blasted and bodies fell, the teachers, the students....but none hit Aiden, or...they did. They just didn't pierce his skin.

The shock in Aiden's face filled the room with Emerald light that at first made the teen think he was hallucinating, but when he looked again he saw the same thing, sparkling green electricity flowed around him in waves and he eyed the killers around him as an enraged expression filled his features. His arms filled with power and strength and he felt the world change around him, he felt more powerful than he ever had before and as he looked around and saw the lifeless corpses of his classmates he would look at the assassins around him and whisper quietly