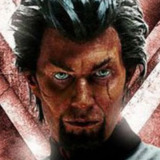 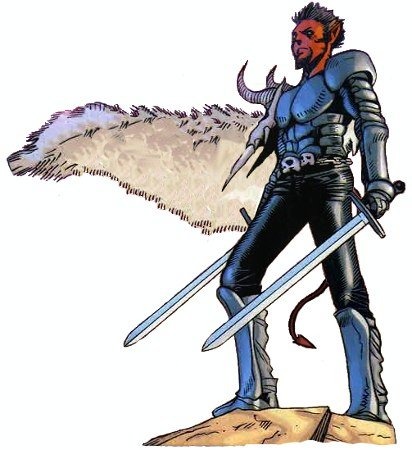 Occupation: Commander of a division among the Whale Pirates (Name may change)

Personality/intelligence: Ajax may seem blunt and rude on the surface at times, however the more one knows him the more this idea of him is disproven. Ajax only acts this way in order to avoid getting taken advantage of and to maintain respect. He is however a very reasonable individual, with a considerable soft spot for children. He also has an excellent mind for strategy, and is pretty good in most other fields of intellectual pursuits. He isn't one easily fooled by liars, at the same time he is very good at keeping a secret, although he does realize that if he's caught off guard he can't actually tell a lie, he'd have to plan out what he'd say very carefully.

Bio: Ajax was fortunate enough of mutants to have mutations which didn't have many downsides except that he could have some difficulty just walking around people without getting recognized. His childhood wasn't any more terrible then any other mutants. And he was seen as an excellent choice if you wanted someone who could take on multiple low or average opponents at once, he also made a fantastic messenger and for special missions, during which times he had occasionally been put into situations where he needed to direct tactics. Eventually he went from merely taking on jobs as a mercenary to becoming a pirate, giving him just a bit more certainty of his future in a sense. He was eventually given the position of Commander of a Division among the Whale Pirates.

Prehensile spaded tail: Ajax has a long tail that has considerable strength and application. It is strong enough to push against another human, hold up around four times Ajax's body weight, is extremely fast, and has a spaded end which is sharp and hard enough to pierce flesh easily, although getting through bone would be rather difficult. It is also coordinated enough to be used for delicate or precise actions, and can easily grab onto things or move them around.

Enhanced senses: Ajax has cat like senses, including a considerably increased ability to tell where up and down are. This allows him to act much more efficiently when needed to move quickly and with agility, as well as have a higher ability to function on rocking boats.

In addition Ajax is able to teleport things to him if he knows where they are specifically, and has teleported with them repeatedly before.

Superhuman agility/strength: Ajax has an enhanced muscular structure and nervous system. This allows him to move very fluidly and quickly. He is able of moving around three to five times as fast as a normal human in high agility situations (five if he's on adrenaline), and is easily strong enough to send a fully grown man flying across a room with a backhand. Breaking bones with his bare hands or bending steel is fairly easy.

Healing ability: Unlike some healing abilities, Ajax's is very painful. If he is injured with an open wound the wound will practically seem to burn as it tries to heal due to producing cells so fast. This doesn't mean he's unkillable however, completely destroying his heart or head should still kill him. Likewise, damaging his brain but not killing him can still result in memory loss. And he can't just return a limb in a matter of seconds. This ability is extremely good against poisons though, although if the poison would have been deadly it will probably be an extremely painful process to get rid of it.

Bladesman: Ajax is extremely skilled at fighting with bladed weaponry, one of the best in fact. If it has a blade on it, he's practiced using it. Many hours were spent trying to learn how to use them even against beings far more dangerous then him. Training against as many masters as he could find.

Unarmed combatant: Even unarmed Ajax is no slacker. While he does rely a lot more on his powers with this then when he trained with bladed weaponry, he's learned well how to use it properly as well as incorporate his tail into his combat style. He has learned extensively how to kill someone without weapons, or how to defend himself against people more powerful then him. Incapacitating not so much, but in his mind merely incapacitating an opponent shouldn't be the focus of someones combat training. So when it comes to it he usually improves, or utilizes incapacitation techniques that usually are followed by a death strike.

Phantom of the opera

Need a character enemy or relationship