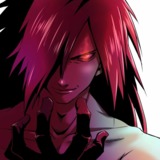 Nappa's attacks get absorbed and then he becomes a vessel for Momoshiki. Momoshiki doesn't have any other hax to beat Nappa though. Though there are plenty other characters in Naruto that can one shot this brick wall.

Whenever there is a new upgrade or an OP character, a lot of threads get made using that character. Some fine and some mismatches. And after some time the amount of threads slow down, as expected.

Though one thing is a different when its a boruto/naruto character that gets an upgrade, you have a lot of salty folks who will go to any lengths of downplaying the characters and also, a lot of complaining about the number of threads even though its not exclusive to this verse lol.

This also is true

> also boruto fans wondering why people despise their community , debunk them and throw their trash arguments into trash

Didn't see any thread saying Eida > DBS. Also, I could show you wankers from all communities claiming much more outrageous things. Some make actual arguments, some just plain troll.

> also boruto fans wondering why people despise their community , debunk them and throw their trash arguments into trash

The oceans are less saltier than the tears of this man. lol

You despise the community because you are biased. Face it my guy.

I'll just debunk your initial argument and be done with it since you clearly only want to downplay regardless of any evidence available. Not to mention, debunking that one argument is enough to debunk everything else you stated so yeah.


Its an undeniable fact that the white zetsu that Boruto fought was way stronger.

Hence you have been thoroughly debunked.

OT - Haven't read Eden's zero in a while. The last time I read it, Boruto could give Shiki a good fight. It was the point where the demon lord or something destroys their home planet. Now I don't know Shiki's power levels.

First bit about eating burito's was obviously a joke

I didn't even say anything against that. I know it was a joke. My argument was purely on your ridiculously false statement that came after that.

Boruto has had no statements suggesting that he got stronger

Its called standard shonen progression, boruto has gained experience, power, etc as his journey continues. Also, Feats exists, statements aren't the only thing that defines if someone got stronger. Again, you are downplaying for the sake of downplaying.

Not to mention, he literally went through a training arc after he got defeated by Deepa. Which was ages ago compared to the current manga boruto.

And he had feats which were better than his self in the zetsu fight, as time went on.

Ok, so you have just proven that you don't even know Naruto.

Jugo is a jonin tier character. He is the origin of all curse marks, he is a natural energy user. Boruto struggling with him does not prove that Boruto didn't get stronger. It only proves that Boruto got stronger since he can fight against characters who have a clear advantage over him.

Nappa's attacks get absorbed and then he becomes a vessel for Momoshiki. Momoshiki doesn't have any other hax to beat Nappa though. Though there are plenty other characters in Naruto that can one shot this brick wall.

Its weird. This same ice monster was in a Boruto opening lol

FTL Zoro and Country level Zoro. And I thought this amount of OP wank was only possible by exause. welp

Sasuke wins 5/10 times. I.e, im leaning towards both of them having an equal chance towards victory.

What BS is this argument?

2) This was a boruto before chunin exams while the boruto here is from current arc where Boruto is MUCH stronger than before.

All in all, you have to be either trolling or just plain downplaying the character.