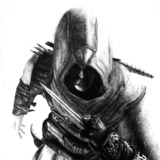 A whisper, and I'm gone. 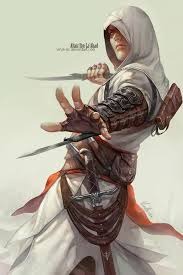 Zenith was born in Florence in the 1490. This was around the time the ideas of humanism were becoming prevelant. The focus on the individual for the first time in history, was becoming a common practice. Before, most focused on religion or their social duties, now more and more people were focusing on themselves. Zenith held the ideas of individualism to his very core. As he grew up, he delved deeper and deeper into introspection, so much in fact, he became a recluse.

When he was only eighteen, Zenith had left his family behind, to focus on his true self. Gone were the days of his religious beliefs, he denounced his faith when he was merely a teen. He moved to The Alps, far away from others.

Every single day for two years, he meditated for six hours, and physically trained for four. After the first year, he had a spiritual epiphany. He understood his true self, his true ambitions, his true desires. However, he did not stop there, he continued to still, feeling there was something more. Halfway into the next year, he climbed to the top of the mountain his cabin was situated on. The wind blew around him, but then picked up speed. Zenith knew this was wrong, something was wrong, he could feel it deep down in himself. An instant later, a single storm cloud rolled above him, and lightning struck him.

The moment it hit, he was changed forever. Shockingly, he did not die, but he went unconscious for a few seconds. Those few seconds were like hours to him as he explored deep down in his soul, unlocking the secrets to reaching spiritual power. Methods of achieving the impossible were given to him. However, he had only been able to grasp a few of the methods before waking up.

As soon as he woke up, he knew everything was different, he felt stronger, faster, powerful. The wind no longer blew around him, it blew through him. In this intense moment of awakening, he was able to do something just once, that he would achieve again when he would go onto train under Grandmaster ____.

Zenith looked to his cabin, ran to the cliffside of the mountain, and jumped. Leaping through the air he felt so absolutely free, he closed his eyes. Opening them again, he could not "see" from his eyes, but almost from a third person perspective. He was merely a vaguely human shaped cloud of smoke now. With a sort of mental effort, Zenith's smoke form burst forward at incredible speeds into the cabin, where he crashed and went back to his normal human form.

That day, high in the mountains, Zenith knew he had reached the deepest level of spiritual awareness possible, and that this power was his -- but for a greater cause.

Senses- With his supernatural gifts, Zenith can see more than the physical body of others. He can see their astral bodies. Thus, with merely a glance, he can see their true intentions, feelings, and characteristics. With a few moments effort, he can pull abstract thoughts and such from people, however, he would never do more than that. He's capable of tearing thoughts from people, but it violates his moral boundary.

Physicals- Even before his spiritual awakening, Zenith was a peak human. Though when he did gain his mystic gifts, they made him much, much more superior physical specimen. His base physicals were amplified, however, he can further enhance his physical strength through intense focus. At base, he can lift two tons, and hit with one. His base speed is more impressive, his reaction time and "twitch" speed allow him to dodge bullets with incredible ease, however that is only very very short bursts. Zenith with intense focus, can lift four tons, and hit with two.

Zenith has the exact same durability as a normal human, however, he can use his smoke manipulation to save himself from damage. He can make a sort of hardened smoke "shell" wherever the point of impact is.

Acrobatics and stealth- Zenith's acrobatic and stealth potential stretch way beyond the physical possibilities of most people. The fact that he can manipulate smoke excels his acrobatic and stealth skills beyond even the comprehension of most. The smoke manipulation grants him access to gyroscopic acrobatics. In mid air, he can twist, turn, or stabilize himself with little pushes here and there with smoke. The possibilities with this are simply endless.

When he uses stealth, he can completely eliminate any chance of sound emissions, he can essentially become a ghost. He can even turn his internal body into smoke and stop even breathing.

Smoke manipulation- Zenith's most important power. He can become a living smoke cloud with intense concentration and focus, but that's the most difficult of his abilities. Aside from what's listed everywhere else, Zenith can teleport to places he sees, and fire hardened smoke projectiles.