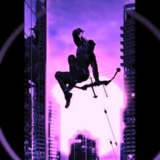 "Jumping feet first into Hell isn't my job. Making sure it's crowded when I get there is." 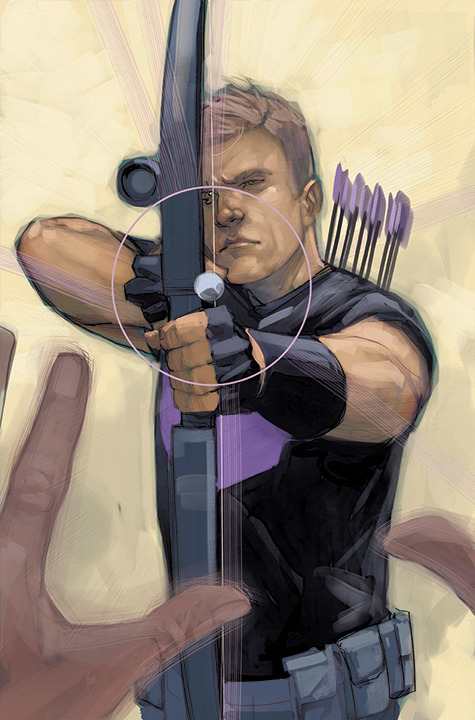 ➳Favorite trick arrow: Putty arrow for the amount of pranks pulled off with it

➳War scars: cut at right hand's middle finger (trying to cut a carrot when he was younger), bullet-shaped mark on left shoulder (bullet passed clean off through his shoulder during a heist), slice on abdomen (shouldn't have hit on the ninja when he was out drinking during an op), weakened sense of smell (they should have warned him they were using chemicals, but alas they didn't), cut on nose's bridge (don't engage a swordsman on close-quarters if all you have is a bow) and other minor scars

Drake's by no means an unique superhuman of any sort, simply excelling on the one factor that has led him to believe he is a cut above the average human being: his extreme precise aim. It can be attributed to a plethora of things, his athletic dexterity, his constant training to improve his aim, or simply due to his genetic disposition.

Drake wasn't born similarly to others, in a way he was blessed with an absolute eyesight, not unlike the breathtaking capabilities of an eagle. The flatter backside of his eyes, perhaps malformed due to an unnatural mutation, and his incredible retina, possessing up many more rod cells and cone cells as compared to a human's (neighboring one million as opposed to the average man's 200 thousands) grant him an awe-inspiring sight, spotting details within details without much aid.

A brilliant sight, though, is only partially what grants him the rank of ace when it comes to firing any sort of projectile. As a matter of fact, the quintessential benefit to his aim comes from his not-so-unusual brain. It is known that time seems to slow down whenever one's in danger or when an extreme outburst of adrenaline kicks in, studies have proved it is nothing but an illusion played by our brain's amygdala, releasing an extra set of memories of the event, hence granting us the illusion of something that took roughly three times less than our brain actually processed it.

This sensation of slowing down is even more frequent for Drake, whenever he picks up the bow or attempts to dodge a blow, the world seems to move slower as it truly is, and his entire body believes in those memories, making it much easier to dodge faster attacks than normal or performing ostensibly impracticable trick shots.

Drake's quiver and bow were specifically made for his quick mind and preferences of combat. First of all, his recurve bow is perfectly adaptable to the situation at hand, its limbs entirely readjustable, even being able to retract well-nigh entirely to be concealed within a bag or even his back, making it easier to carry. Its material is rather resistant itself, able to withstand impact to an extent he often uses it to hit enemies that are too up-close. The bow's grip has four buttons, which can be used to signal to his quiver which arrowhead will be used next, if nothing is pressed, the quiver gives McIntosh the normal tip. His quiver houses nothing but arrow shafts in its main cavity, a different compartment housing the distinct trick arrowheads he has. A system will choose the proper arrowhead and attach it flawlessly to a shaft upon the bow's signal.

The deadliest quality of a sharpshooter is definitely his aim, the ability of hitting a target is as quintessential as the ammunition of whichever their weapon of choice is. Now, if only a man couldn't miss, how amazing would it be? Well, that much is true for Drake's unbeknownst bow that grants him the uncanny ability of never missing a target. It doesn't quite add on to his aim or grant him extraordinarily rapid reflexes, rather it decides to never permit a target to escape the projectile. Unfortunately, however, not all good things last forever, hence why even the bow has a daily charge to itself, not being able to be used for long periods of time.

Primarily it would look as any modern bow, simply a well-constructed piece of gear, capable of firing arrows like any other decent bow, therefore granting Drake the capability of carrying only one bow for every mission. However, whenever the archer so decides, not even arrows will be needed anymore as the weapon assumes a rather quaint, yellowish glow. A shine that is equal to the hardlight arrows fired by it, which will never cease to pursue a target, able to pierce through the thickest of metals, it feels much like the explosiveness of an RPG missile condensed in the tiny, keen-edged head of an arrow.

Even more mysterious than its origins and powers, though, is its odd bond with Drake, answering to the archer and the archer only, activating its special mode only when he so desires, as well as somewhat being capable of passing on information, sometimes even sentiments to its wielder. Truly a piece of work.

Yet another fun trivia: Drake named it Parthia over his favorite fictional bow, not being very keen of myths involving bowmen and, thus, preferring videogames to name it.