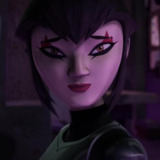 In a alternate reality the late 21st century had a tech company seemingly sprout out of no where, this company was called Cerberus.

Cerberus quickly reached fame with new tech gadgets hundreds of years more advanced than anything in that era, soon the best computers of that time were replaced by the advanced quantum computers Cerberus manufactured in bulk, other inventions that were included were nuclear powered vehicles that could last for several centuries Cerberus even found away to safely get rid of radioactive waste and remove the radiation from irradiated areas with in hours by speeding up the process of decay via time manipulation, with in a decade Cerberus owned every corporation in the world buying each one out and assimilating it and about a century after that Cerberus owned everything.

Military Tech was kept in secret until Cerberus owned the world, Advanced Military tech was difficult to produce with out the aid of "The Sparrow of Blades" who gave them necessary schematics and data from the previous faction which was destroyed by a powerful empire the Cerberus would later fight in the future.

Using the schematics they perfected the following advancements that the other faction failed to, these perfections and enhancements were to be used in their Unified Military that changed from U.M to C.E.R.B.

A.I's are the bread and butter in Cerberus they were created a decade after Cerberus owned Earth, their intelligence is vast estimated to be around six hundred I.Q points on average (some times greater) and have even shown excellent human like initiative.

Not only are the A.I's smarter than any non augmented or super human they also think at incredible speeds at minimum equal to a Quantum Computer at high end faster then even a QC going as far as to thinking and reacting in the yoctoseconds, with such great intelligence and speed also comes back up with processing power which even the lowest of Cerberus A.I's have more then all of the computers of 21st century era Earth combined.

As of now Cerberus A.I's are so efficient and advanced that entire fleets could be given to a generic A.I and placed in a suicide mission the result would be them preform far greater than even the greatest human generals of Cerberus could possibly do either in success or reaching the optimum amount of combat efficiency before failing, now Cerberus A.I's do have a vast amount of freedom's that would cause those with aibohphobia to commit suicide but they have a few rules as such.

Cerberus created a Master Control control nanite for nanites and technology, the name of this super nanite is known as the Ultra Nanite according to Cerberus this variant is one of the most advance nanites in all realities and universes, Ultra nanites allows a limitless production of nanites to be made its power source being very energy efficient as it can be powered by the heart of a human being or anything above that energy output level.

The Ultra nanite has a limitless production capability as long as it is powered but it is limited to the energy output, The more energy it has the faster it can produce while the less energy is has the less it can produce.

The Ultra Nanite is also the only piece of tech in Cerberus so far that can counter high level Technopath users as it was designed to be a "Master Control" and thus only other "Master Control" or Ultra Nanites can stalemate each other, not only are they immune to the effects of Technopathy but they can also grant the power of technopathy itself when implanted near a source of energy such as a strong healthy heart or energy cell.

Ultra Nanites are some what hard to get for mid-ranking operatives and almost impossible for low ranking ones due to their importance however by no means are they rare as Ultra Nanites are increasingly common with high tier beings in Cerberus. Ultra Nanites were created five years after Cerberus A.I's had been created to counter the increasing cyber attacks at the time since the A.I's were no where near as powerful as currently.

The incredibly famous Ultra Nanite are reserved for personnel with granted access to it and as a result only select individuals have access to them, other CERB personnel rely on common nanites despite the common in their title they are far more advanced then any nanites in the 21st century

Cerberus has excellent expertise in the creation of composite metals for defense and protection. They have created/gone through tens of thousands of variants of power armor until they found a cheap and effective PA.

The CBAT armor is a revised power armor from an aged U.M spec model, several changes were made increasing the overall efficiency of the sucessor armor by a factor of twenty, compared to its archaic version CBAT armor is twenty times better than its based predecessor. The standard CBAT armor comes equipped with multiple features that have proven to be useful for Cerberus soldiers such as

the original U.M armor was much lighter than it's successor CBAT armor but lacked the strength increment and defenses that the CBAT armor could give.

CBAT armor weighs approximately 140 kilograms this is not including the weight of the occupant which can range from either 100-299 lbs meaning the maximum weight possible of a person wearing CBAT armor could range 409 or 608 lbs, the weight of the CBAT armor is not for one to worry about as the servos and cybernetic equipment built in the joints hold the weight and support the armor like most variants of Power Armor.