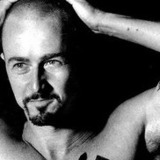 Xstlyvsrtas was a chaotic entity in a place known as the 5th dimension which exists on a different plain of dimension than you sitting at you're computer screen, or the character you made. it is surprisingly a simple place ruled by a few god-like entities who all had their roles over controlling the lives of simple plants, However a massive civil war broke out and our hero Xstlyvsrtas was exiled for rebelling against the elder gods. so they made sure he had a nice place in the Vine's realm. He then traveled across both universes of the vine, using his cartoon like and chaotic power to terrorize the entire vine