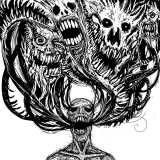 This is already looking to be DC's series of the year. I even forgot I was reading something from the company because it feels so Image.

You haven't been reading much Wildstorm then because Ellis's work began in the 90s.

Exactly. The Authority pretty much set the tone for modern comics. If it wasn't for that book there probably wouldn't be an Ultimate Marvel line. DV8 was way ahead of its time.

Oh man, DV8. That was Secret Six before there was Secret Six. They need to come back and they fit current times better than Gen13.

@mark_stephen: Which means there's no reason for the new Wasp other than a lame attempt at cash-grabbing movie goers. It's not like you need textbooks full of Marvel knowledge to make good size-changing adventures. Janet could be fighting micro-assassins and kaiju but that would require creativity which isn't exactly abundant in Disney-hacked franchises.

@trust_this_786: All you're doing is revealing yourself to be another butthurt Trump hater who revived the thread for petty reasons, hence your loaded question. Go find something better to do.

@trust_this_786: I'm not answering your loaded question especially since you revived a thread that didn't need one.

@werst9: Whatever man, I'm done with your delusional ass. I've already made my points and you're just wasting my time.

What's with every movie getting a comic series nowadays?

Just every movie? Almost every thing has a comic nowadays. Even Angry Birds.

@NukeA6: you're so triggered by any sort of activism it's almost astounding. How about helping persecuted Muslim Women you mentioned, the low rape rates you mentioned lets make sure that when the "few" that do occur happen the victims feel safe enough to report them and that they will get justice from the legal system thats supposed to defend them equally. Protecting the rights of the LGBT community who even if you don't personally see it does in fact face threats ranging from legal to physical. I do love your hypocrisy of calling the liberals whiny victims as you act like a whiny victim. BOO HOO they are changing my comic book characters in a way I don't like let me cry about it on the internet and call anyone defending it a "depressed loser" Seriously hilarious. 10/10. Man imagine if you had real problems.

Triggered? LOL Says the effeminate dweeb who came into this thread because he didn't like my post. Just because you sponge up every change that goes on doesn't mean we should all do the same. I bash on Marvel because they focus on injecting politics instead of making good stories or taking existing stories and mingling it up so that it sucks. Unlike your sorry ass, I'm not whining but I did gave my reasons for my post. Now deal with it.

As for the rest of the post, helping persecuted Muslim women? You mean like that one Muslim woman earlier this year who got attacked by SJWs because she wanted Islam to get a reformation? Most of the problems with women are in countries like Iran, Saudi Arabia, and other Muslim countries yet I have yet to hear of any of you leftists doing anything over there. Instead it's all "OMG u Islamophobic" every time somebody criticizes that religion but you morons are quick to call out on the Christians despite them not being the ones responsible for most of the physical attacks on your small and loud crowd.

Protecting the LGBT? From what? Invisible space monsters? You do know they already too protected by law that even a little criticism can make one lose their job? You want to protect homos, go to the Middle East but I know you won't because you know no Muslim is gonna stand and let you do things your way. In other words, it's you who isn't looking at real problems.

Face the facts, your time is over and you SJWs are gonna be remembered as the most pathetic people in history.

@NukeA6: New 52 Wally took his title, his name, his position. Batwoman has the same name as the previous batwoman but now shes gay and holding the LGBT flag on the cover of her book. Welcome to the medium built on heroes standing up for the weak, the oppressed and the innocent. Don't be shocked when the writers write characters to champion the causes of the weak oppressed and the innocent. And Laura becoming Wolverine is as natural as Dick Greyson becoming Batman and Bucky becoming Captain America but because Thor was handled so poorly and cause Marvels made a decision to diversify their heroes and their fanbase it doesn't mean every transitional story is forced and illogical crap. Miles, Kamala and Laura all have great books that paid real respect to where they came from but because the character under the mask has a different culture people lump it in with forced sjw stuff and treat it as awful even when it isn't. You want SJW to go away it's not gonna happen cause unfortunately the worlds not a great place for everyone and if we have to tolerate the occasional overzealous pain in the ass on the way to a better world for everyone, to bad. It's better than the alternative of things going back to the way they were or staying the way they are now.

New 52 Wally was a problem until Rebirth brought back the real Wally. The new Wally still has some use because it can confirm XS's (grand daughter of Barry Allen) existence as well as the Rebirth Legion of Superheroes. The original Batwoman was nothing but a forgettable character used only to prove Batman wasn't gay.

Laura becoming Wolverine is natural? Except that was done is an obvious "diversity" move given that's what "All-New, All-Different" Marvel is all about. And even if it wasn't, at least Bucky and Falcon had their own Captain America costumes and didn't just rip off his suit. Wolverine's suit looks so ugly on Laura especially since there are better looking costumes by similar characters (i.e. Kirika and Wild Thing).

Miles has a great book? Yeah and he's still one of the worst characters to ever have Spider in the name.

You want to talk overzealousness yet overlook the fact that it's exactly what the left-wingers are. Here's the truth:

People are sick of SJWs. Brexit and Trump becoming president only proves so and if you think the left-wingers are still gonna get their way for the next 8 years, you can keep living in denial. Face it, they've lost and now people are gonna be more vigilant towards them than ever before.

@slimebeherit: Good grief, are you really that stupid? The murderous, cannibalistic hero example I made was....................... you know what, just forget it. You either have terrible reading comprehension or are a complete idiot so I'm not even gonna waste my time.

Except Wolverine himself has always been "gender-specific". Now go play Tumblr with people matching your below 90 IQ.

Wolverine is the name of an animal and animals always have two genders because otherwise they would die out. I don't want to get into the biological things that have to do with. If you want to know how that works then maybe you should have paid attention in school.

I would be careful making comments about the intelligence of other people when you make yourself look like you are not the brightest bulb either.

Funny you want to talk about intelligence when I'm clearly talking about Logan here. Notice the sentence has 'himself'? Yeah, you're showing logic failure on your part.

Notice how most of those characters do not replace their predecessors nor undermine them? The only exception is Montoya and there was NO AGENDA behind her being. As for Reyes, one can argue that he's the first true Blue Beetle since Garrett. Ted Kord can't even use the Scarab and is pretty much another gadget hero.

To sum it up, you made a lame counterargument.