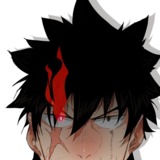 Do you hear the thunder?

Just wanted everyone to know so there is no confusion.

Surfer and Thor have had a handful of counters which have led them to go against each other oppose to working with each other. This blog is to highlight all of those fights and ones that could be comparable to those as well. I'll give a little detailed summary of what happened in each of these encounters. I'll also come to my own conclusion as i'm over the fight section.

In this issue, Loki goes on a hunt through space looking for an opponent who could not only match his brother Thor in battle, but beat him. This brings him into the presence of the Silver Surfer. Upon challenging the Surfer to see if he has power enough to take out Thor, he obtains the answer that Thor can be felled by this silver being (Loki actually did pretty well against him). After this, being the manipulator he is, Loki manipulates Surfer into thinking Thor is villainous, which sets them on a course for battle. It should be noted that Surfer was actually empowered more so by Loki to have a better chance at victory against Thor.

This is more or less the entire encounter. Only thing that is missing is when Surfer easily dodges Mjolnir being thrown at him by Thor, and when Loki sends Surfer away from the battle to hide the evidence of what he did. Keep in mind this was an a holding back Thor and an amped Surfer.

In this encounter, Nebulon (a powerful cosmic being) has mentally controlled the Avengers. The Defenders arrive to talk sense into the earth heroes and a battle of bad match-ups is unleashed. Thor is actually taken out by the Silver Surfer in this encounter, though it's a blind sided attack. Surfer actually fires a warning shot, which Thor states could have killed them all. Later, he was fighting with Valkyrie who knocked him out of the sky, and upon falling Surfer takes him out with a blast of energy. Luckily Iron Man takes revenge as he absorbs Surfer's blast he intended to take him out with, and releases it back on, causing a double knockout.

The instance used more so than on this. During this encounter, Thor is being mentally manipulated into going into a form of bloodlust. It's often thought that Thor was in a state of warriors madness, however this was proven to not be the case by Odin himself. As for what happened in the battle between him and Surfer, Thor was beating down on Beta Ray Bill, in-which Thor came in to save Bill, and reason with the manipulated god. Upon doing this, Thor beats down on him, however Surfer isn't really fighting back, and is actually trying to reason with him. Before Thor can take him down for the count, Bill intervenes to save Surfer. There was a little more of Bill and Surfer beating down on him together, but that doesn't have much to do with their one on one fight.

This is basically a continuation from above with the same context of Thor being mentally manipulated. In this encounter, Thor pretty much stomps Adam Warlock & the Silver Surfer at the same time. Throughout the fight the two are barely holding on, and are taking turns saving each other from Thor's furry. This fight is longer, however I'm not able to post the entire fight due to the 3 scan rule. Anyone who wants the full fight could PM me for it if they like.

Another continuation to the above encounters. Thor alongside the Valkyrie who is supposedly manipulating him the entire time fight a group of heroes who hope to stop Thor ( Silver Surfer, Adam Warlock, Moon Dragon, Maxam, Drax, Gamora, Doctor Strange, and Pip. Prior to this encounter, Thor had actually gotten the Power Gem from Drax which is what allows him to accomplish what he does in this fight. The odds are against here, yet all the opposition against him here is taken out. This fight too is too much to be shown in 3 scans, so PM me for the full fight if you like.

Though I personally don't feel Beta Ray Bill is on the exact level of Thor, I think this is still an honorable mention as he wields the power of Thor. During this encounter, Surfer comes for Bill who has chosen to go for an all out war against Galactus. Surfer being the herald of big G won't allow this and in a truly sad moment beats down his friend without much trouble. Given Bill did get some blows on Surfer, they for the most part didn't have as much effect on him as Surfer's did on him. In the end Surfer left his face bleeding, and began to try and talk Bill out of what he was doing. Bill's ship Skuttlebutt comes to his rescue against the Surfer.

While this wasn't exactly 616 Thor, it does show an alternate universe version of Thor. The reason this is being brought up is because Quasar has stated that they have some serious power-sets. In this encounter, Thor from the Cancerverses "Revengers" fights Surfer alongside other Revengers. Surfer takes them on, specifically Thor and defeats him. Richard Rider made a remark that they were the big guns, and the answer Surfer gave back made it seem as if he didn't think much of that. You can take the Quasar statement and Surfer statement as you will.

In this encounter, Surfer and Galactus find out that Asgard houses a source which can fill Galactus's appetite forever (the world seed). Galactus sends Surfer to Asgard to obtain this seed, but things don't turn out so well when he gets there. Odin see's him as an intruder, and tells him he isn't getting the seed. Surfer actually begins to produce energy in his palm as if he were to attack Odin, in-which Thor steps in to fight the Surfer. There isn't much to the encounter as all that happens is Thor throws Mjolnir at Surfer, then proceeds to head-butt him (causing his head to bleed and Surfer's to dent), and Surfer striking him with the board.

It seems these two love to fight more than we thought because two issues later they are up and at it again. In this encounter, Surfer is upset that Thor has just struck Galactus in the head with a full on charge, so he proceeds to bull-rush Thor straight into Mars. According to Surfer's words, he actually felt the impact, but Thor remarks he did not. The two begin to fight when Surfer blasts him with a blast of cosmic energy, and Thor proceeds to strike him back with a hammer toss, in-which Surfer returns with his board. The fight is interrupted by Sif when she comes to warn them that the battle between Odin and Galactus has reached it's climax. There is something that often isn't taken into consideration in this fight, which is that Thor was actually injured prior to this encounter in #1. Upon achieving the world seed, there were creatures down there to protect it. One happened to gash Thor across his side which left a rainbow wound, which he states clearly in this encounter that it hurt him a lot.

After witnessing all of the encounters between the two, I think it's pretty difficult to say that Thor isn't capable of fighting Surfer or matching him in terms of power. There fights have displayed that the two of them operate at similar levels of power on the battlefield. I feel the reason this is thought otherwise is because Surfer is more on the versatile power side, while Thor is on the power side, which is pretty much how most of their encounters have represented them fighting against each other. They both have things going for them in a battle, which can allow them to achieve victory.

For one, Mjolnir has always been a direct answer for Surfer's cosmic energy. Surfer has flat out-stated that it's more powerful than his power cosmic (Silver Surfer Vol 1 #4), which speaks a lot given how powerful he is. This is the biggest advantage Thor has in battle against the silver man, however this alone can win him the battle. His other advantage is the most obvious, his overwhelming physical strength that has been awed by Surfer in quite a few encounters, not to mention has also pushed him in tight corners. Lastly, the Odinson is more skilled in battle and is in possession of a warriors nature which makes it so he will do what's necessary to obtain victory, while Surfer has more of a pacifier nature that makes him look to peace. Luckily for Surfer, his pacifer nature isn't something he holds in high regards anymore, so it works out for him.

In Surfer's case, we can get out of the way that he's just overall more powerful than Thor is, which he demonstrates quite effectively in plenty of their encounters. It doesn't help that he's more versatile, and has actually used it to his advantage like in Silver Surfer Vol 1 #4, where he kept Mjolnir encased in cosmic energy. These two advantages already hold a good deal of importance for the battle already, but when you throw in that Surfer is shown more times than not to be swifter than Thor, it's pretty clear who's backing the more potent advantages here (other than Mjolnir being more powerful than Surfer's power cosmic). In terms of durability, I would say these two are pretty close, with Thor being more durable on the blunt force side, and Surfer on the energy side, which is funny given it's what they both specialize in.

All in all, in the classic days, Thor seemed to have an advantage against Surfer in there encounters, which has allowed him to perform slightly better. Issue is, Surfer has gotten several upgrades that place him above Thor. Though he's more powerful than Thor now, I don't think it's to a degree where Thor can't challenge him, but more so that if they were to battle 10 times in a row, Surfer is winning more times than not.