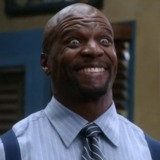 Its not a mistranslation.

Nothing but one databook statement says LS.

You have no frame of reference for how long it took the meteor to get there. You only see it when Toneri disappeared. There is also no proof that Toneri even sent it. Finally, you have no idea how far away the moon is. It is much larger then our moon in the sky, so very likely it is MUCH closer, so using a calc based on real life distances is lul.

Oh, and there is no scale modifier for 10x anything. That is head cannon.

you claimed that Kenpachi is " far faster " earlier tho? what happened to that claim? did you realize that Naruto and others also have FTL scaling in just base?

Firstly, let me say that I do think Toneri probably wins.

But lets be real... No one in Naruto has FTL Scaling. The whole LS thing came from a databook entry that takes several liberties. Do we honestly think Temari can wipe a universe... or that Madara can planet bust? No. Because that is literally insane.

Example; If Isshiki had FTL speeds, he wouldn't need space time jutsu. It would literally be faster for him to just move to where he wants to go instead of portaling.

He could have searched the entirety of Konoha before anyone knew what was happening for Kawaki.

He would have easily one shot Koji, but instead used abilities on him. Koji wouldn't have been able to escape. Hell, he knew he had a time limit, he could have just left instead of fighting and wasting chakra on Koji if he was that fast.

If it doesn't give any power why was Cap able to summon lightning.

The writers literally said because it was cool, but acknowledged that it was a plot hole and he shouldn't be able to do so.

There is no such thing as "Worthy Cap". Its just cap with a hammer.

The hammer gives no power. Its been established.

There is no such thing as "Worthy Cap". Its just cap with a hammer.

The hammer gives no power. Its been established.

True Form DS is well above Galactus. Avatars not so much.

So many people ignoring Canon only...

ROTJ Vader is confirmed prime Vader in Canon. He is much stronger then KFV.

1. “Superman is planetary because he withstood the World Engine” - No. He is not. The World Engine was just increasing his gravity. You should know this. It was a major plot point.

2. “Superman moved a tectonic plate” - No he did not. First of all, I am pretty sure that it was in a deleted scene which makes it non canon, and second, moving a tectonic plate would be a job for his heat vision, and not his strength.

3. “Superman’s heat vision is 3.5 million degree kelvin” - That is untrue. It was confirmed to 10,000 degrees by a video talking about the movie. The part of the World Engine that he melted was obviously a different part than what could be heated up to 3.5 million degrees. Along with this, if it was that hot, then it would have melted Batman's face off when it was right next to him.

4. “Superman is black hole level” - He is not black hole level. He was not anywhere close to actually being inside the event horizon. I do not ever want to see this again.

Next is “planetary Flash”.

1: Not planetary, but the displacement places it fairly high.

2: He did, it was just offscreen. Heat Vision is not better. Plates move from heat, but he wouldn't be able to control their movement. HV likely would have made it worse.

3: IIRC, 3.5 Million is a Snydercut statement, making it completely different then the 10,000 degree video.

4: No Black hole in either Marvel or DC is a actual black hole.