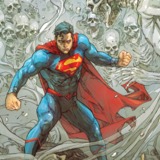 Where is this from? But it's not a ranking btw, it has been shown for years through main dc continuity that the spectre can not beat phantom stranger, maybe not even him & dr fate could. But the 3 of them are definitely top 3 magic users.

So...I can't be the only one who hates her current name & costume right? Like hawkfire is such a dumb name compared to flamebird, and the costume is just so bad as well, the flamebird one was very nice and elegant.

Also does anyone know if she will make a return in Batwoman's Rebirth series, or at least Detective Comics, considering that book has every fkn Bat family member operating still in gotham as a team rn.

Also since this probably won't get a reply in months or maybe even years, please do tag me when you do reply.

@batflasharrow96: She was nightwing's sidekick for a while. But now she's got a shitty ass name anyway. ( but I guess you probably know all this seeing as how it's been 7 years, but I still wanted to reply C: )

@saren: Oh damn, that's nice to know. Now if only we can get ride of Duke.

So only a small cameo :/

Less than...harper...sigh, well thx, I was mostly wondering cuz I'd like to read dec or batwoman for some Katie & Bette Kane action.

My biggest problem with Batman in the last 7 years, is that Snyder is basically the leader of that universe. The dude has done a few good stories sure, but they're mostly overhyped. And he's introduced way too many new bat family characters THAT NO ONE CARES ABOUT, as well as pushed Tynion who is just an alright writer way up the ranks. Like no one cares about Harper, Duke, Talon, Gotham Girl, Alfred's Daughter, or any other bad character snyder wants to add.

Not to mention he and Tynion rebooted Cassandra Cain, when Morrison already made it clear she was a part of the batfamily and an ex batgirl during his Batman Inc. run in the new 52. Her being a batgirl during the 3 years Barbara was down, would be far more interesting, then her AND Stephanie being completely new to the family.

I remember her being a big part of the first half of the old 52's Batwoman run, but not ever since. Has she shown up in Detective Comics or Batwoman Rebirth at all?

Tbh I like a big batfamily. But I think the New 52 overdid it. Luke Fox was a nice adition as Batwing, but Harder & Duke and that Talon guy, and now Azrael and even Clayface? Too much.

Take out Azrael ( he really did not need to be brough back ), Talon ( thankfully he's been mostly forgotten about ), and Blue Bird & The Signal are shitty ass unneeded characters that snyder should have never added. Oh and take out Alfred's daughter, who even cares about her?

Edit: AND TAKE GOTHAM GIRL OUT TOO.