The art. I liked the black and white throughout the whole comic and thought it was done very nicely. Apparently this is the debut issue for this artist, and I must say that I am a fan. The fight scene felt very fluid and the use of space was nicely done.

The story just felt very generic. Where as Happy! had the moment of revealing the blue imaginary horse, this story felt like it was missing that twist that would make this story seem to stand out from others like it. This very much felt like a television show or a tryout for a new procedural show.

Buy Next Issue: It is a four issue series, but I'm just not down with it after the first issue. I'll pass.

Other reviews for Point of Impact #1

The truth will never let you forgive 0

A reporter. His beautiful wife. An affair. A big company. Ex-militaires (like Black Water). Detectives, two partners. A homicide. This is basically the plot about this interesting thriller, a very decent and consistent police story about a man searching for the truth and revenge. The most impressive thing is how cool the title sounds and perfectly fits for the story told: Point of Impact, after you've read it completely, really clicks and you realized that in every issue there's definitely a poi...

I'm not such a big writer so I'll make this one as short as possible.First of all I have to check out all new stories of Image Comics. Image usually delivers quality. Of course every now and then it's just not the story, characters, or art you like but mostly Image doesn't disappoint me. And "Point of Impact" isn't any different.Cover and Title:Quite nice and teasing.Story:See plot summary. It's an intriguing crime story. Different people get involved in a mysterious murder of a young woman in t... 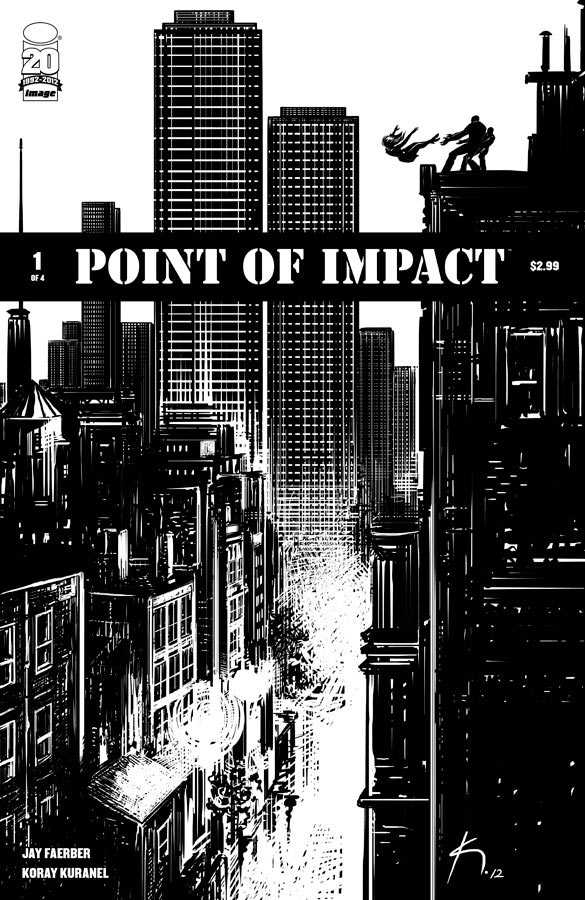