I don't really understand why people were hating so much on this new series even before reading the first issue. Yes, Nova is not Rider anymore, but why is it instantly assumed that that is a bad thing? Well, this issue is not bad at all. It's all about set-up. Loeb quickly introduces us to Alexander and that's what's so interesting about it. He reminded me a bit of Peter Parker, since he's a teenager and gets bullied often. Alex's dad is the school's janitor, so that already sets up an interesting and intriguing back story on the character, especially because Jesse (the father) rarely actually does his job.

After reading this issue, I have to admit that I'm a little glad that Alexander is going to be the new Nova. His teenager attitude is sarcastic and sets a very fun tone to the book. This is probably Loeb's best work since he left DC. The issue keeps jumping around, meaning that it does not only focus on the boy, but it also features the bed time stories, told by Jesse. In them we see various adventures of the Nova Corps and the Guardians of the Galaxy, although I prefered the other parts which showed the protagonist of the title. Still, there is a good mix of dialogue and action.

McGuinness' art is basically eye candy. There is really no other way to describe it.

If you haven't yet bought this issue, you definitely should, even if you are a hardcore fan of Richard Rider. This issue is all about set-up, so it is, of course, new reader friendly. The comic keeps jumping on to the past and back, but that is not a bad thing at all. We see Alexander's life, and his interaction with his family and bullies at school, while Loeb also presents adventures from the Nova Corps. My main complaint is that the ending may have been a little too forced:(Warning: do not reveal the spoiler if you haven't yet read the issue)

SPOILER WARNING: Click here to reveal hidden content.
Nova goes out looking for his father, accidently falls, and blacks out for three straight days, only to find the Guardians of the Galaxy when waking up... I don't buy it.
Load Comments

Other reviews for Nova #1 - Chapter One

A real surprise for me 0

Hey guys it’s me I’m back after my brief absence with another review hope you enjoy and it I’ll be doing more.This was the Marvel now! Series I was most apprehensive about because well I didn’t like the mini story in the Marvel now Point one I thought it didn’t really introduce the character that well but I like to give things a second chance and I really like the cosmic side of Marvel.PlotA group of Nova’s break into a space station to rescue Rocket Racoon and Gamora, the Nova’s save them but t...

To Infinity and Beyond! 0

Going into Nova I wasn't sure what to expect. I was thinking maybe like a Blue Beetle kind of book or something along the lines of that. Nova starts off weak but once you realize that most of it right now is told from a father's point of view to a small child sleeping, it's actually pretty decent.The Good: This issue sets up for a really good opportunity for a great character in issues to come. If you're a spiderman fan, or any character that has a sarcastic attitude, then you'd definitely like ... 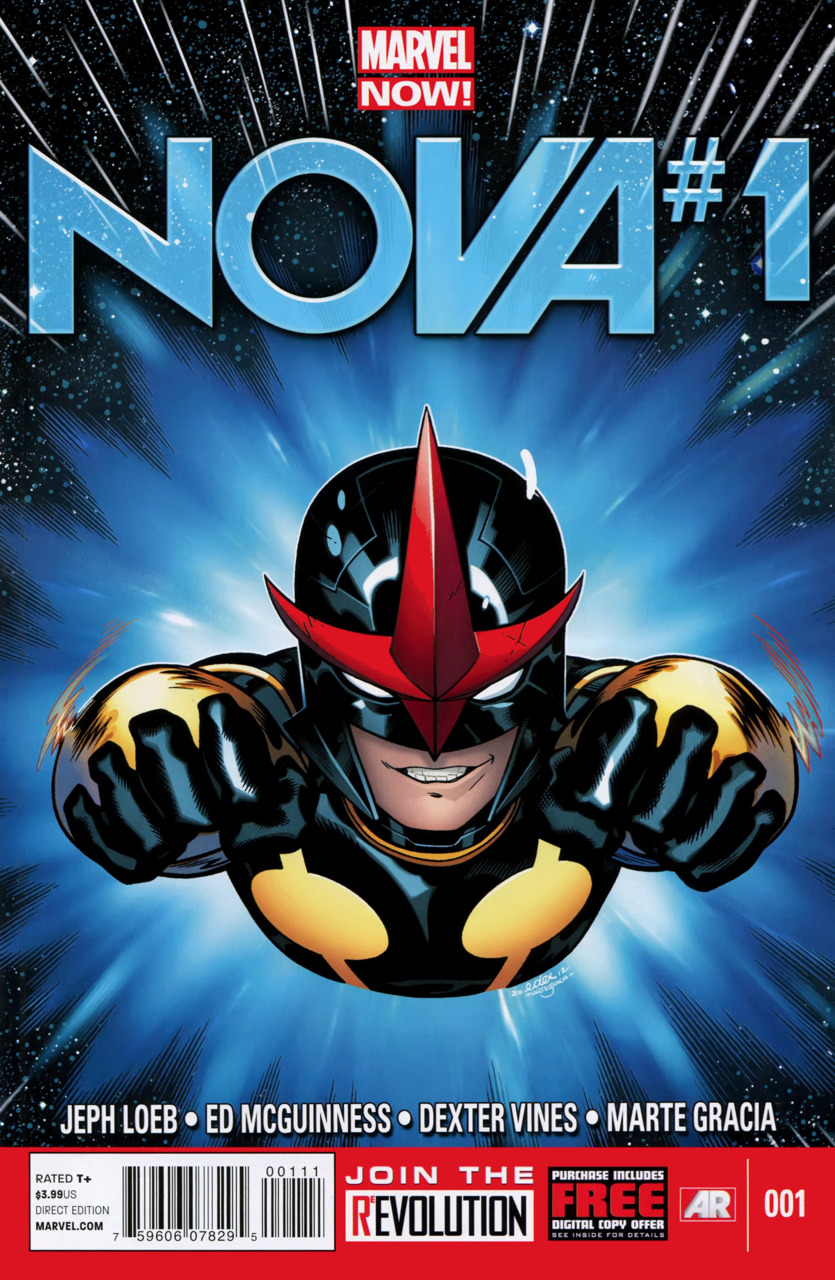 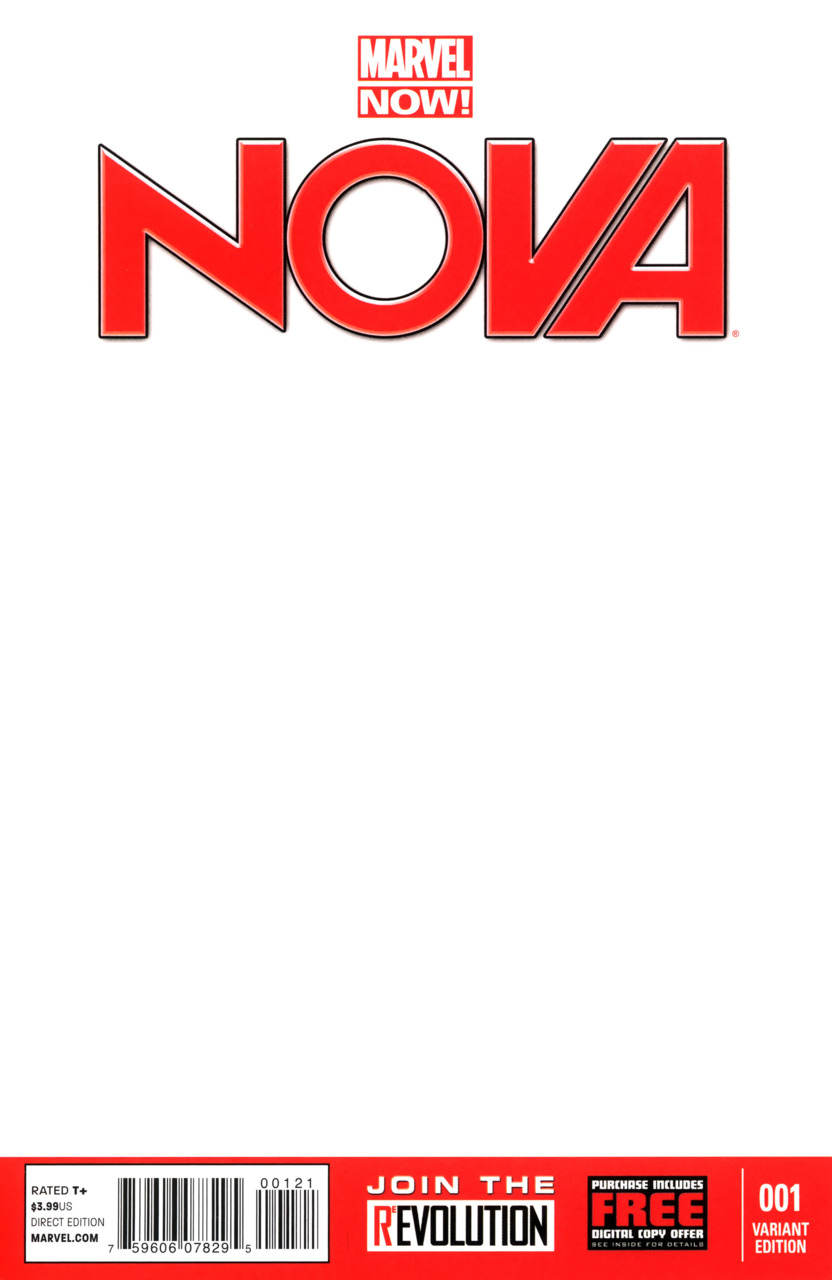 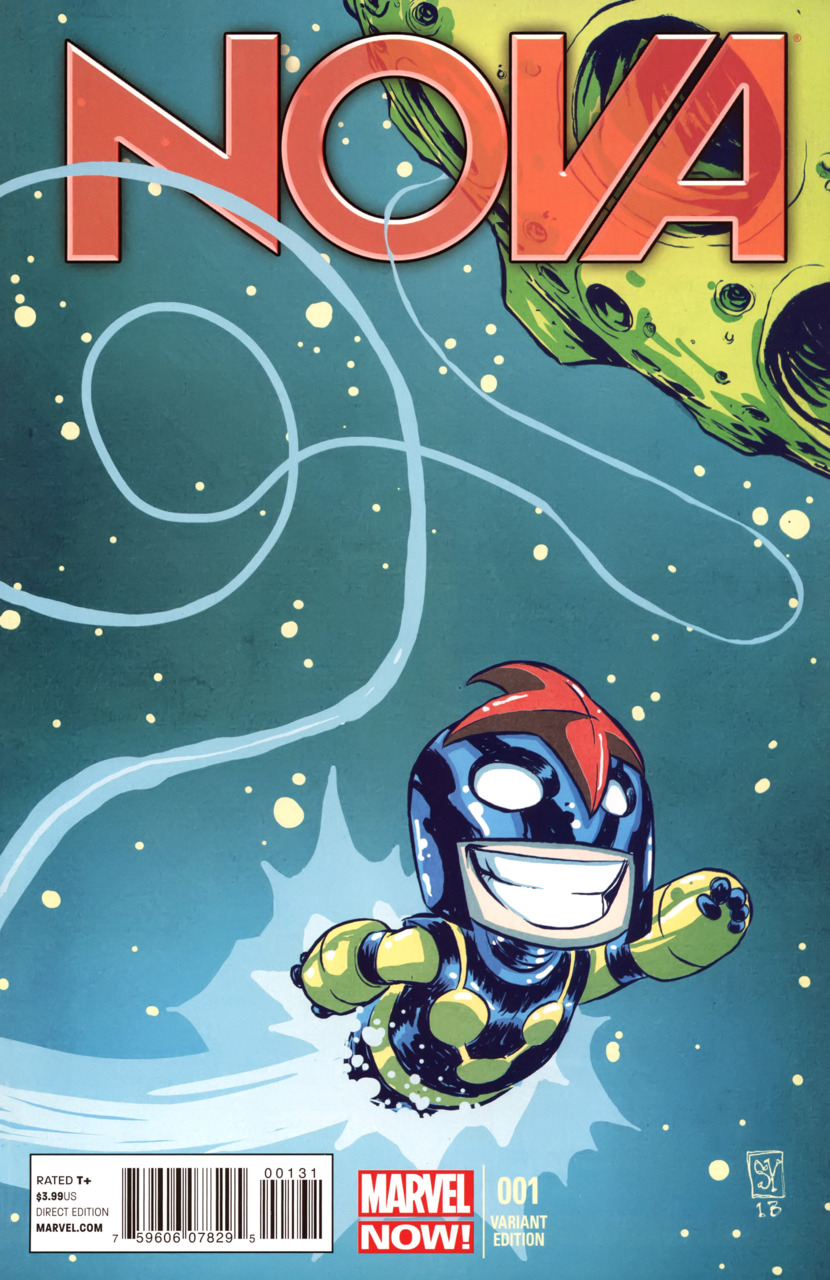 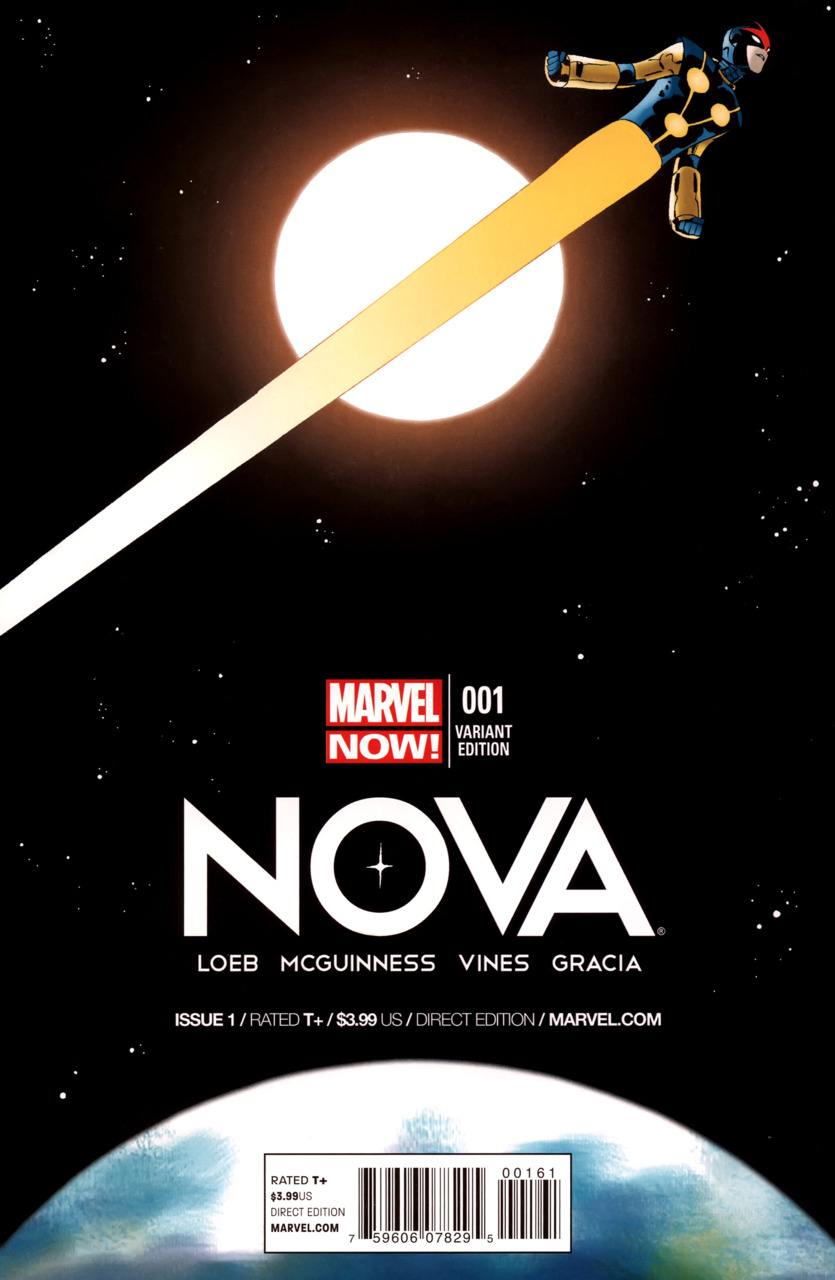 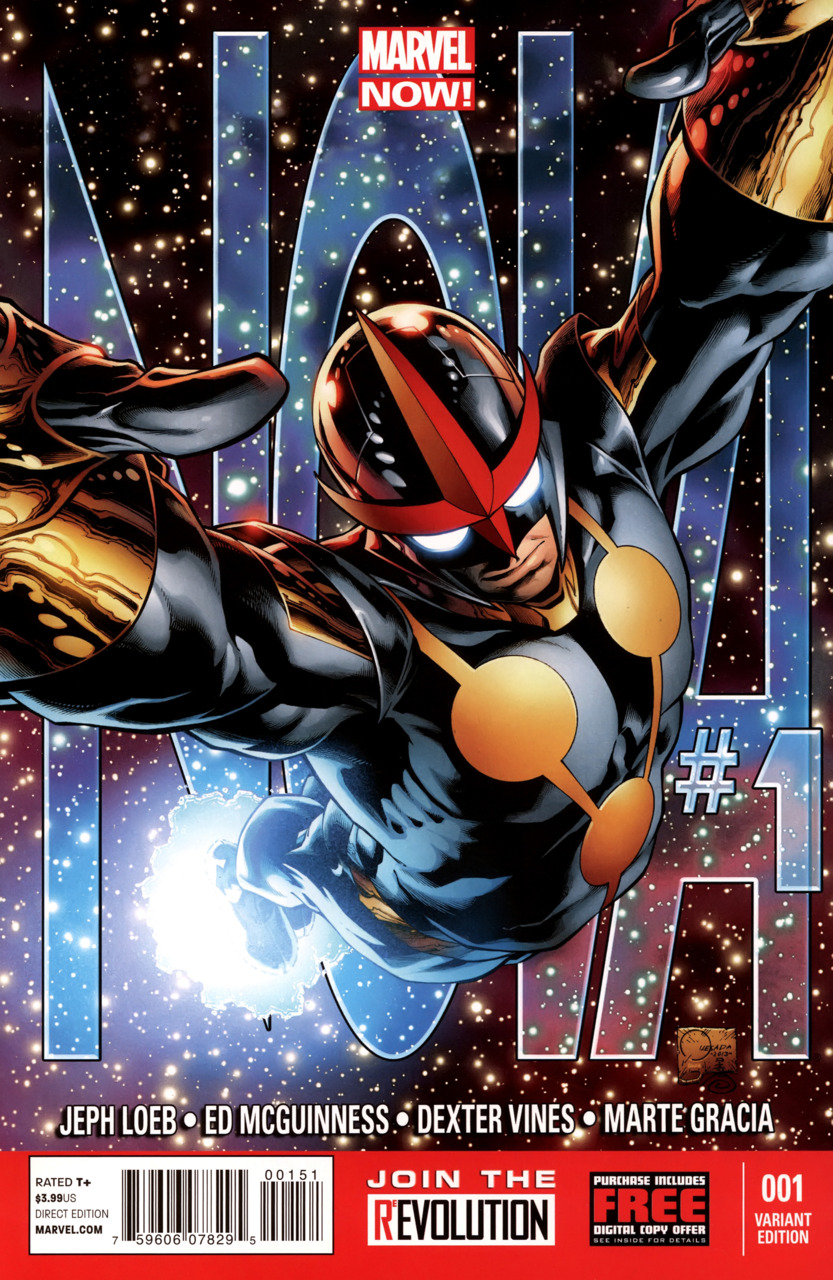 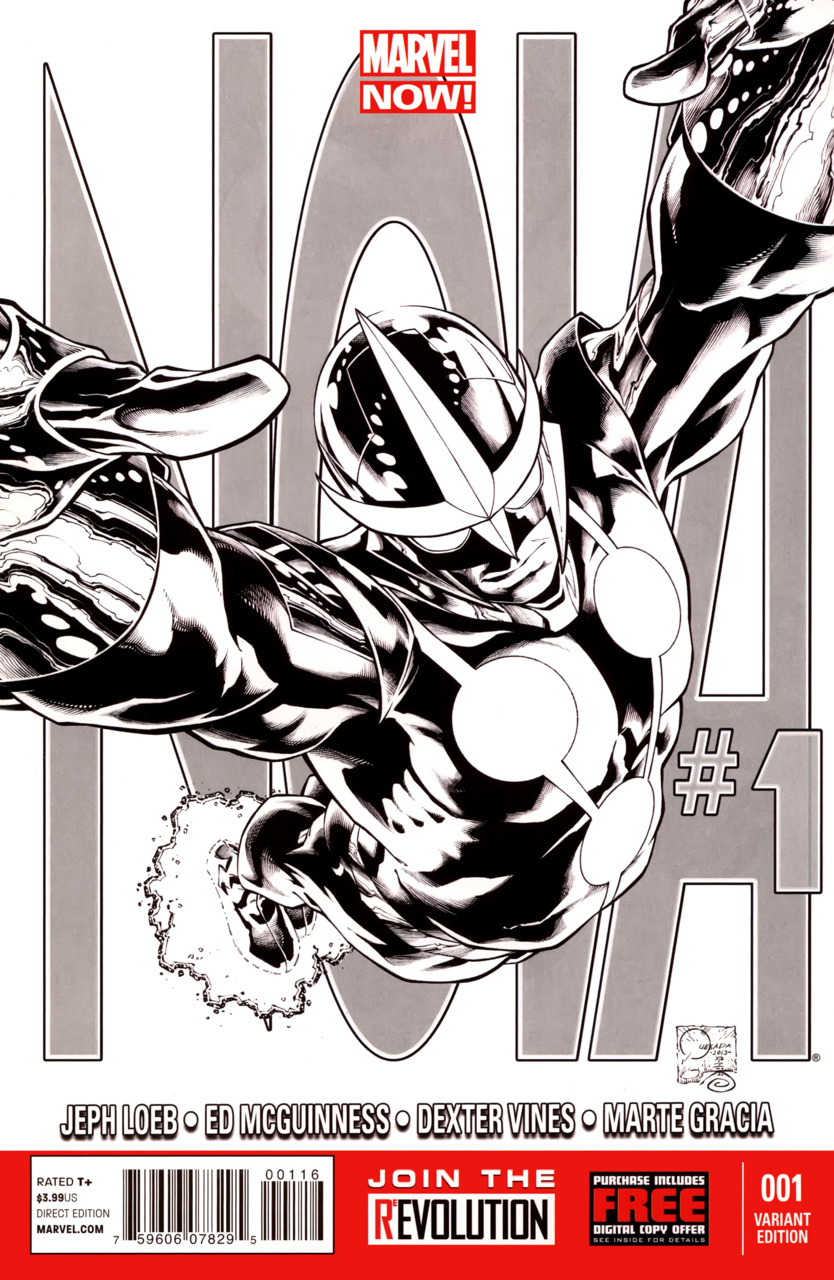 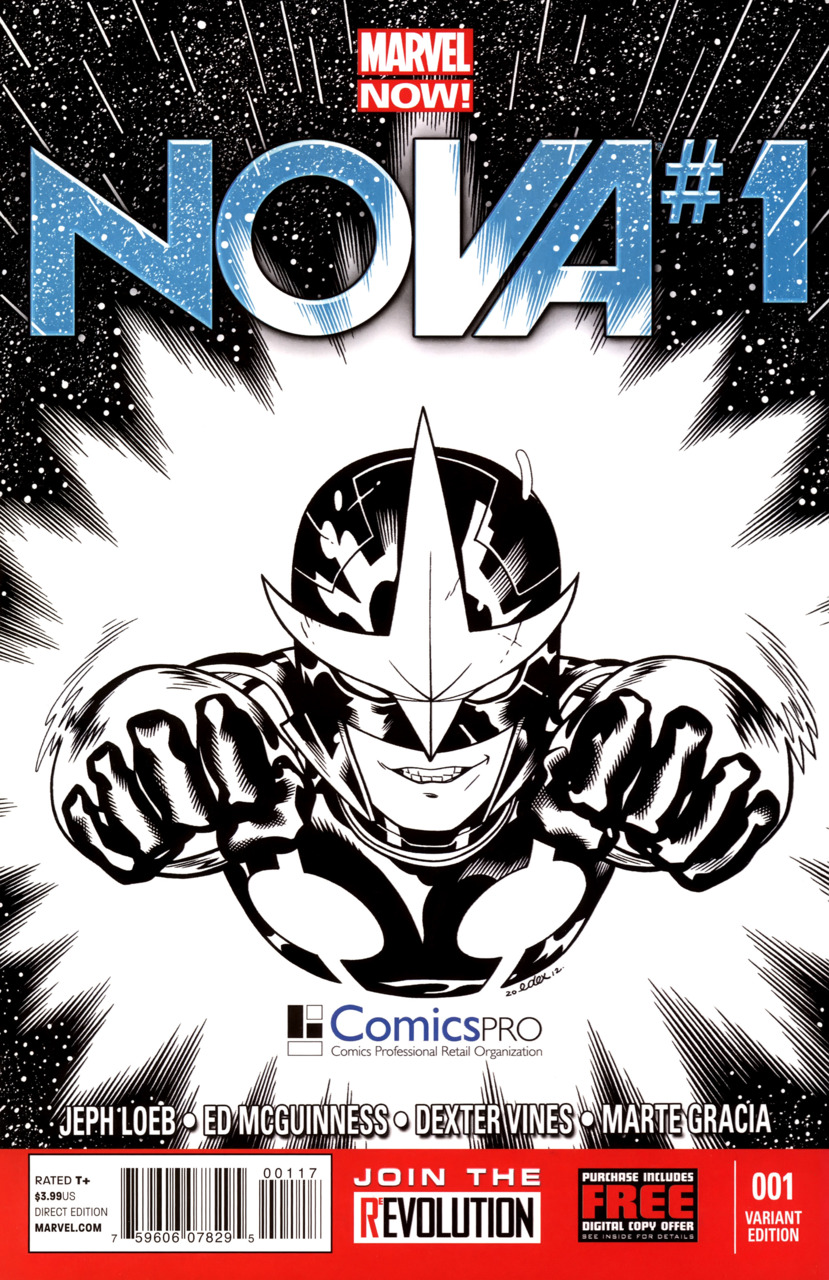 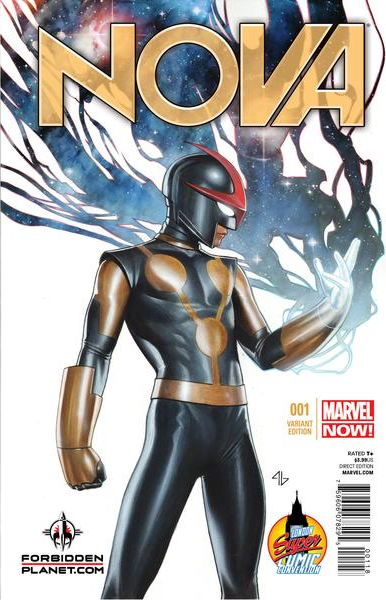