This story revolves around Sven the returned; it takes place a couple dozen or more years after he left Orkney. He is now an old man who wants nothing more but to live with his wife Enna and two children in peace. However his peace and family will soon be in danger, for as he lives in his elder years in peace a group of young city dwellers wish to make a name for themselves by killing the legendary warrior Sven of Orkney. Sven sees a Viking ship sailing to his island home, he prepares by mending his roof, which his children are puzzled by. When the young men arrive at his home they burst out laughing at the site of Sven the old man. Sven notices one of the men who is wary and not laughing. So he expels a taunt to them saying “surely it doesn’t take seven young men to kill one old man.” He chooses the one among them who had shown fear to do battle with. Their hands are tied together and on the count of three Sven slays the young man with no hesitation and surprising speed. He believes he is free of the young men’s attempts on his life, but he forgets that young men are prideful and do not take humiliation well.

This issue was extremely well written and exhilarating. It show’s old men are not to be underestimated and treated with respect to have lived so long. I have always been drawn to stories of old warriors or soldiers who are past their prime but do not lack any ferocity. This issue was one of the best examples of that kind of spirit, and was very fulfilling and should be read by anyone who love the tales of Viking warriors, or believe in the power that age grants. Which is essentially experience.

Other reviews for Northlanders #20 - Sven the Immortal 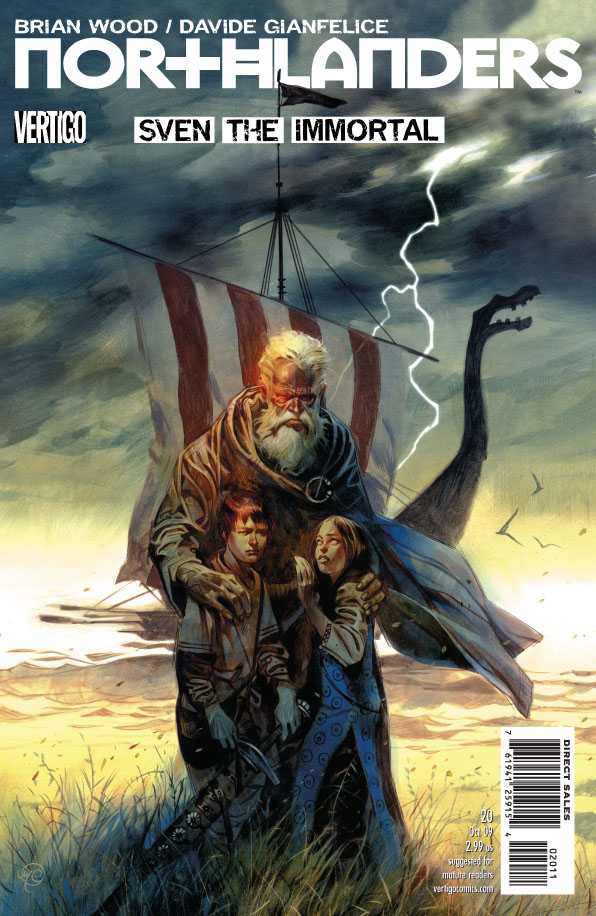