I’m trying to get as many Death of the family tie-ins as possible Batman, Batgirl, Batman and Robin, Detective Comics and Nightwing apart from Batman I’m only getting them for the Death of the Family stories. I like Nighwing a lot but don’t have the money to buy his series continuously but since it is Christmas I got some money so decided to get it because it seems to have had good reviews so I decided to pick it up.

Jimmy is walking home when the Joker attacks him killing him with Joker toxin turning his face white. Nightwing and Batgirl are returning from seeing Batman Batgirl leaves just after she leaves Sonia phones him telling him Jimmy is dead. Dick decides to move Haley’s circus out of Gotham. Dick then goes to the morgue and took a sample of Jimmy’s blood he then goes and meets Sonia but rushes off to Kline in industries when he is ambushed by the Joker.

I love Death of the Family it is becoming one of my favourite Batman stories and it’s only had three issues while I think that giving almost every bat book a tie-in is a bit overkill the Joker does affect every one really in the Bat family but I do like a good Batman story so I’ve decided to get as many of the books as possible but being selective as I’m not getting Catwoman and Teen Titans. I’ve heard a lot of good things about the series and I liked the preview of it so I decided to take the dive and buy it.

First off I like Greg Capullo's covers but why can't we use the original solicited one? It is a fantastic cover and really does show how nasty the Joker is also the concept is fantastic in every way.

The beginning to this issue is shocking it seems very casual and boring at first then suddenly the Joker comes out of nowhere (I warned you already and the preview has been out but Spoiler!) and gives Jimmy some Joker toxin and he ends up looking like the Joker that is how you start off an issue with a massive shock yeah you can’t do it every issue otherwise everyone would be dead but for a major story arc like this that’s what you do I haven’t followed this series but from reviews I’ve got a general idea of what has been going on and I’m sure to someone who has been reading the series this means a lot more but I still think this is insanely creepy and really shows how big the effects of this story will be. This also shows what the Joker generally does to people he kills people he cares for and doesn’t just kill the person he hits a nerve and drives the people mad this is clearly displayed in this issue and the Death of the Family story in general.

Kyle Higgins really gives Dick a hard time in this issue due to the Joker coming for him he has to move Haly’s circus out of Gotham to protect them from the Joker and they only recently got here. Dick is going through a really hard time and he has to make some tough decisions to protect the people he cares for everyone better not die otherwise this will become an incredibly grim book.

We also get a short scene with Dick and Sonia and this is the only down part of this issue he arrives and after a heart to heart chat they have a kiss this is a really nice scene but then it suddenly ends it just felt a little rushed and it sort of jumped a little bit to the next scene this was the only down part in an otherwise great issue.

The final part of this issue is an action scene with a now Joker controlled Raya who is also dressed up in a Nightwing costume the Joker is really mean Dick won’t take her out but she could kill him but in the end she dies and we are left with an incredibly sad scene but to make things worse for Dick the Joker has cut a message into Raya’s stomach saying he will attack the circus at this rate Dick is going to go mad the Joker kills one of his friends and then someone he cared for and now he’s going to attack the place he has lived in for a long time this really tortures Dick because he’s having to fight off someone he cares for dressed as him while one of his oldest enemies mocks him and tortures him really nasty scenes.

The art by Eddy Barrows looks very smooth and sleek especially in the action scenes and the early scenes with Dick and Batgirl it looks really dynamic and really shadowy which fits a story like this.

This was a great issue and I think this will be one of the best DOTF tie-ins and I really hope it doesn’t stay like this because everyone Dick cares for will be dead the issue would get a five it’s just held back by one scene.

No One Likes a Knockoff 0

Overall this series has been terrific, and Kyle Higgins has done an excellent job. I've loved that this series has focused on Dick Grayson dealing with his past, and how he's embraced it. I've also been really enjoying seeing Dick as Nightwing again, as although I liked him as Batman, and Robin, I much preferred him as Nightwing.PlotThis issue starts with Joker killing Jimmy Clark because of the resemblance between them, and to get to Nightwing. Joker also has Raya Vestri, and Nightwing has to f...

It has been a while since I have reviewed a Nightwing comic, even though I still pick it up every week. Honestly, ever since Night of the Owls ended this series hasn't been able to come up with a really good issue. When Tom took over for the filler issues, we saw Lady Shiva and even though it was interesting, the story didn't hold par. But Dick now has to face against the Joker, and faces will be turning their frowns upside down, but onto the reviewTHE GOOD:We start with Joker's first victim, wh... 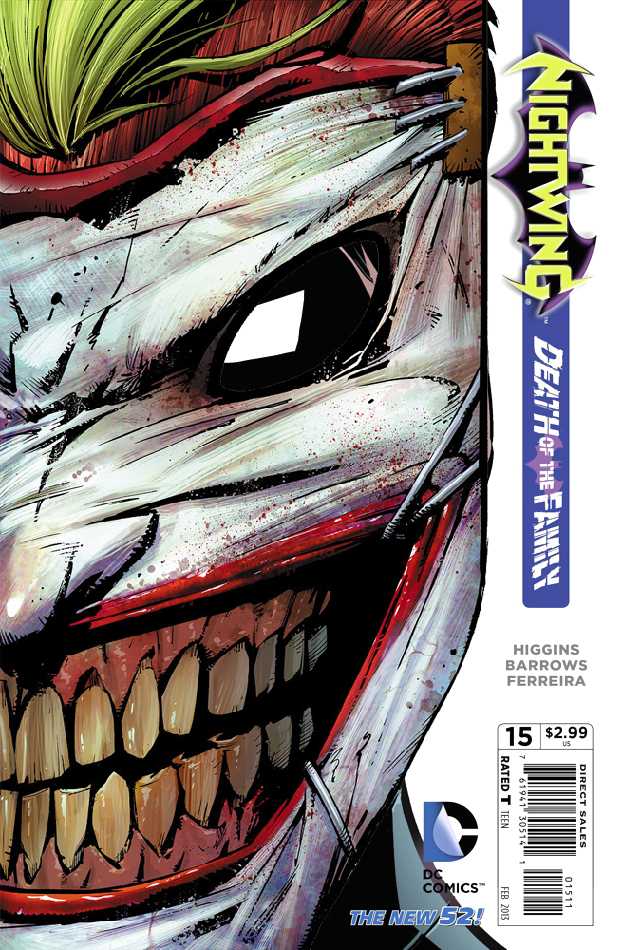 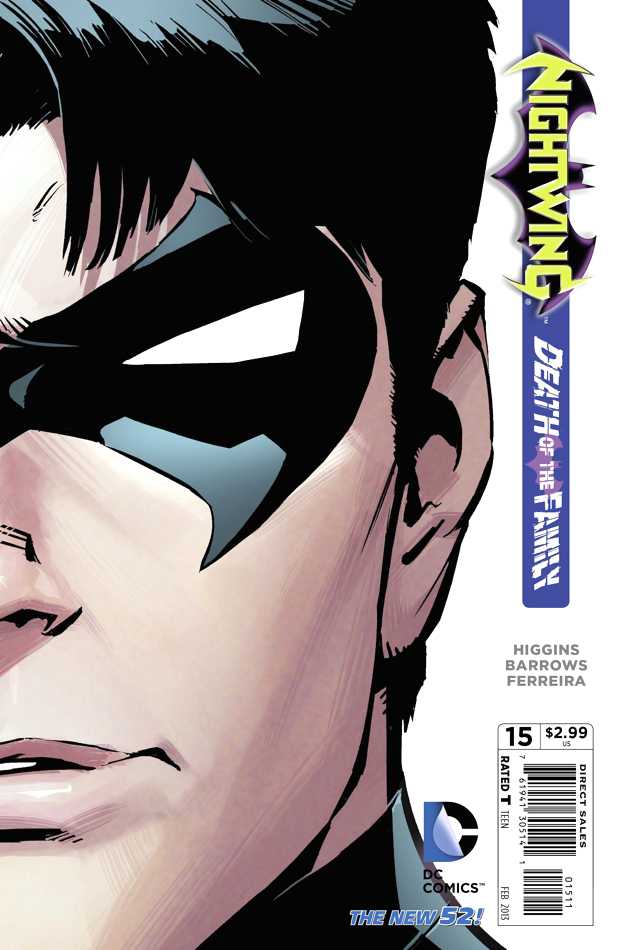