Terrible ending to a once promising title.

What! The New Warriors fought crime and were hounded - even KILLED - for it, and in the end...half the team just shuggs and agrees that they deserved it? That they were WRONG for resisting Starks (now failed) attempt to turn America into her personal Super-Police State? The gloating tone of the SHIELD tool as she told them over and over again that they'd broken the law by resisting a Regestration that would soon be in the hands of Norman Osborn was offensive as heck. I mean, the laws they broke are the SAME ones that Iron Man, Reed Richards and Ms. Marvel (the three biggest tools in Marvel History!) are breaking now, but it's okay...because now it's Osborn enforcing them instead of Stark? That's situational ethics there, and a lousy way to look at the world. I mean, THIS IS WHAT CAP FOUGHT AGAINST! The orginazition Stark created could very easily be used for evil, and that's what happened! Stark didn't create any checks and balances because the whole thing was (in his mind) always going to be under his control...which was only possible if the man actually thought he'd be in power forever! The Civil War was VERY poorly thought out, and the ending of this comic just muddled the issue even more. These characters just rolled over - said Stark was right - then went home to a world that Starks policies had ruined through Starks logical sucessor Norman Osborn. The laws the Dark Avengers are enforcing are the same ones Ms. Marvel and Iron Man were shoving down everyones throats...but now those laws are wrong, because it's Norman calling the shots. Norman and Stark BOTH used villains (the same villains!), and both hired criminals when the whim suited them. I don't see much of a difference, and can't believe that in the end...this comic just stumbled and flopped into the grave like this. What a waste of my time.

Other reviews for New Warriors #20 - Blood and Iron. Conclusion 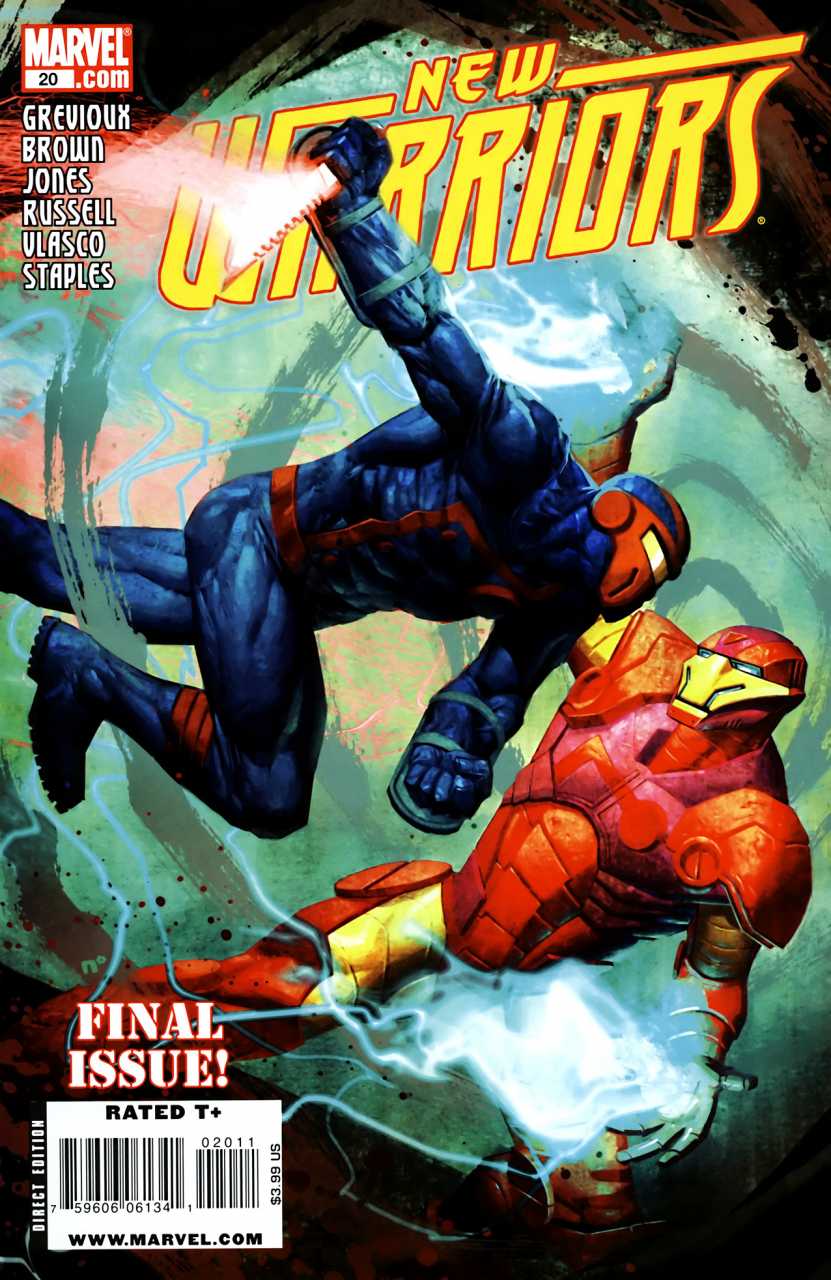