I'm sure everyone knows by now DD was NOT in this issue, not even in the team line up on the intro page.  For all the hype put into his joining,  the whole "Who is Avengers material?" or "Are the Avengers Daredevil material." lines from last issue,  and him being on the cover,  made for a very disappointing issue as he's the only reason I picked up this book.  Some one owes me some cash........

Ok, negative intro rant over and on to the issue itself:

GOOD =
Cover: Although misleading, I love it.  Action, this is a group I would not want coming at me in this manner, even if I was a major super villain.  Art was very well done.

Story: To me a very straight forward smash 'em up read.  Enjoyed seeing them get blasted back thanks to their own eagerness to stop the threat and ignoring Iron Man.
The second part is what I liked best about this story, the other view.  Who sent this contraption? Why? And was it successful?  All answered here.  It also shows why villains rarely work well together very long as everyone wants to be leader.  The quick change in objectives was very well done and I believe they got more than they went for, even though it was in a totally different form from the original objective.

Art: This I did enjoy, especially how the atmosphere  changed when we traveled back 15 minutes.

NOT SO GOOD =
Story: Pretty simple and straight forward to me but hopefully brings some good stuff into future issues, although I do see an old (not good) trend continuing.  The team seemed to work ok together, but when your just out there punching a huge robot, there's not much team work needed.  When it came down to finishing off the threat Dr. Strange pretty much soloed.
A little wordy, but I expect that from Mr. Bendis, at least I didn't have to read all those @#%&! symbols.

OVERALL = Besides the whole lack of DD thing, >;p< (angry face), this was an ok read, and nice to look at.  If your buying for DD leave it on the shelf though, he's pulled a disappearing act (as has the Thing).  Fortunately, I like a few of the other characters enough for me to keep the issue around.

I will give it a three, mainly for the art and coloring.  First part of story was lackluster, second almost got my interest up.

Other reviews for New Avengers #17

Finally! a proper team book! Was it really so hard Bendis? 0

After having to deal with two long average story arcs (issue 1-6 and 9-13) The tittle is finally feeling like a superhero team book since issue 16 which just turned epic (Daredevil joining as I read Mark Waid's run is a big treat). Now at a post fear itself we get to see our heroes fighting a brand new Ultimo controlled by none other than H.A.M.M.E.R's forces.The issue starts simply with most of the team arriving at Stark Resilient which is being attacked by Ultimo (Why do I keep thinking of Sta...

I consider this issue as a setback of all the good things that Bendis &amp; Deodato have conquered and established in the past 5 issues in the title, not only because the story was a little bizarre (Iron MAn needs help and is aided by the New Avengers? Don't think so, much more likely that his buddies of the Avengers would attend this call), but because how the breaking news of the next plot (the whole Norman Osborn taking over the leadership of H.A.M.M.E.R. and other criminal organizations) wer... 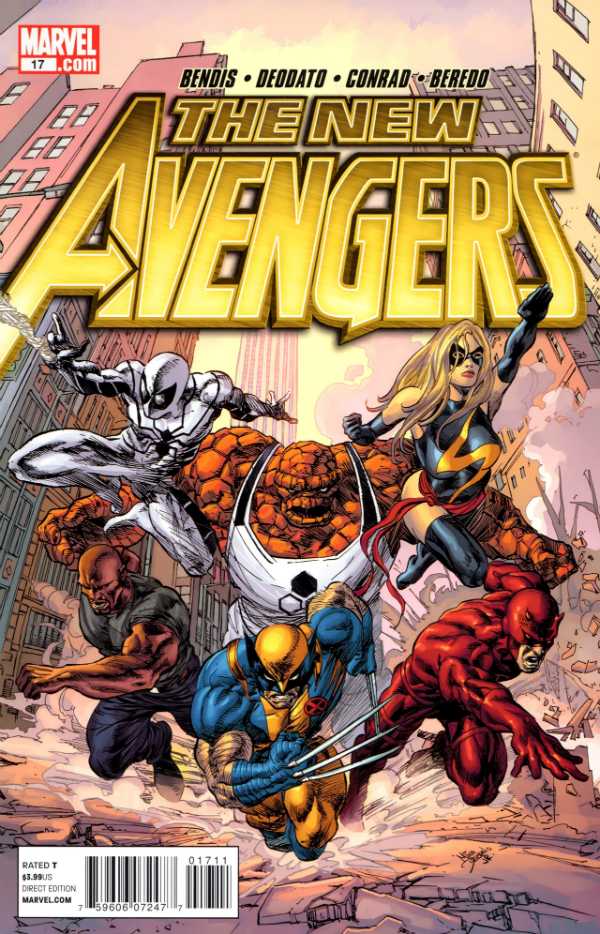 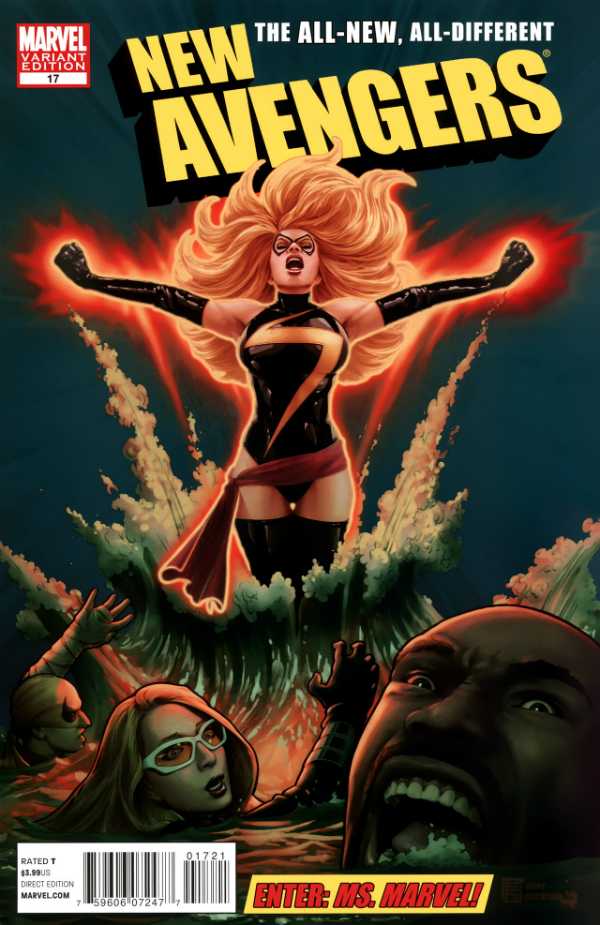