This issue mainly focuses around Black Panther, and how a disaster that affected Wakanda, and looks to affect the world, leads to him forming a group of Avengers that have previously been known as the Illumiati.

This wasn't a bad issue, but at the same time it was a bit mediocre, and not as good as I'd hoped. Although Hickman does a decent job of starting this catastrophe story, the issue focuses too much on Black Panther, and doesn't feel like a team book, let alone an Avengers/Illuminati book. Hickman is no stranger to writing Black Panther, as he's appeared in the Fantastic Four during Hickman's run, and Hickman wrote him perfectly then and just as brilliant now. I hope that Hickman continues this, and that Black Panther is written a with as much quality as he deserves as his last solo series, Black Panther: The Man Without Fear, started good, but dropped in quality soon after. I also hope that Hickman can make this a good team book, as both his Avengers series' haven't been as good as I expected, but it's still early days.

Although the story wasn't brilliant, the art was, and Steve Epting has done a great job on this first issue. His art is truly fantastic, and beautiful, and I love looking at it. I also liked that during the flashback at the start it had all the Illuminati members in the uniforms they wore at the time they were originally meant to have formed (after the Kree-Skrull War), which was nice and set up Black Panther's involvement in this story perfectly. I always love seeing Epting's art, and loved it in Fantastic Four, FF, and Captain America. Epting also add's ton's of detail to his artwork, and draws backgrounds, as well as characters beautifully. Frank D'Armata also does a fabulous with the colours in this issue, and really sets a brilliant mood/tone. I loved that he used a muddy darker colour in the flashback, and that it looked more grittier than most flashbacks. I also thought he did an excellent job on the rest of the issue, and that the colours were vibrant, and that he chose when to make them lighter, or darker perfectly.

The thing I did like in this issue was that it showed the original meeting between the Illuminati. Although the Illuminati were originally featured in Brian Michael Bendis' original New Avengers series, it was revealed that the group originally formed following the Kree-Skrull War, and that Black Panther was the only person that refused to join the group, not thinking that it was right to make decisions that affect the world behind everyone backs. This made total sense as that's the type of character Black Panther is, and although some of the other members of the Illuminati might agree with him, they don't agree enough to take his warning. I do however find it slightly hypocritical that he's now forming a Illuminati group of his own, and that it involves the remaining members of the original Illuminati. I know that there are certain circumstances, but I was still a bit shocked to see Black Panther change his morales. I am however looking forward to seeing what Black Panther will bring to this group, and whether he can become a team player, especially considering he's leading the group.

This issue however mainly focused on Black Panther, and Wakanda, and a new threat that has come, which affects Wakanda and the world. Although I liked seeing Black Panther, and Wakanda again, I felt that this sequence was a bit slow, and took up too much time in the issue. I also think that it wasn't a good move for newer comic book readers, as although it explains the situations that formed this group, it doesn't show much of the actual formation, and doesn't feel like a team book. I do however hope that this is a one of thing to set up the story, and that it's more focused on the Illuminati, than Black Panther in future, although I still want to see him have a big role, just not as big a role as he was in this issue.

We do however get to see a set-up to the formation of the Illuminati at the end of the issue, as Black Panther appears to have swallowed his pride, asking the remaining members of the former Illuminati, and Captain America to help him with this situation. Although nothing happens in this issue, it doesn't half tease what's going to happen in the next issue, whilst asking a few questions that you wouldn't prior to reading this issue. The main question I'm looking forward to seeing answered, and hopefully next issue, is what Captain America's role will be in this series, as he wasn't advertised as being in this series. It will probably land up being a supervising role to overlook the formation of this group like in the last New Avengers series, and that he won't be involved to much, but I will be looking forward to the specifics. I'm also looking forward to the interaction between Black Panther, and the remaining members of the former Illuminati, and whether anything volatile will happen. It will also be interesting to see how Beast joins the team, as he wasn't on the previous Illuminati team, but is a genius, like the other members.

A decent start, but very disappointing. The only positive this comic is that it shows ton's of potential, and I hope it delivers. I wouldn't recommend getting this issue, straight away, but if the series picks-up in quality I'd recommend getting it to fill the gap, cause if the series turns out to be poor it would be a waste of money.

I was really interested in this series the idea of the premise of it sounded good while I may not get it ongoing I wanted to try out out the first issue to see if it was good enough to get in trade later. If this series is good though I might swap it for another series I haven't liked so much.PlotBlack Panther congratulates some of Wakanda's cleverest kids on passing the test when a portal appears Black Panther investigates and travels to a different dimension and encounters some people who are ...

Could it be that Black Panther's decision to not join the Illuminati in the beginning, because of the reason (justified) that no group of men, no matter how important and selected their members and noble their goal, can decide and rule humanity's fate from the shadows, especially Wakandan's affairs, will burn him after all these years or worst, will it be enough to change his ideas and moral compass? Something I really admire in comic books is the possibility (endless, limitless and infinity) th... 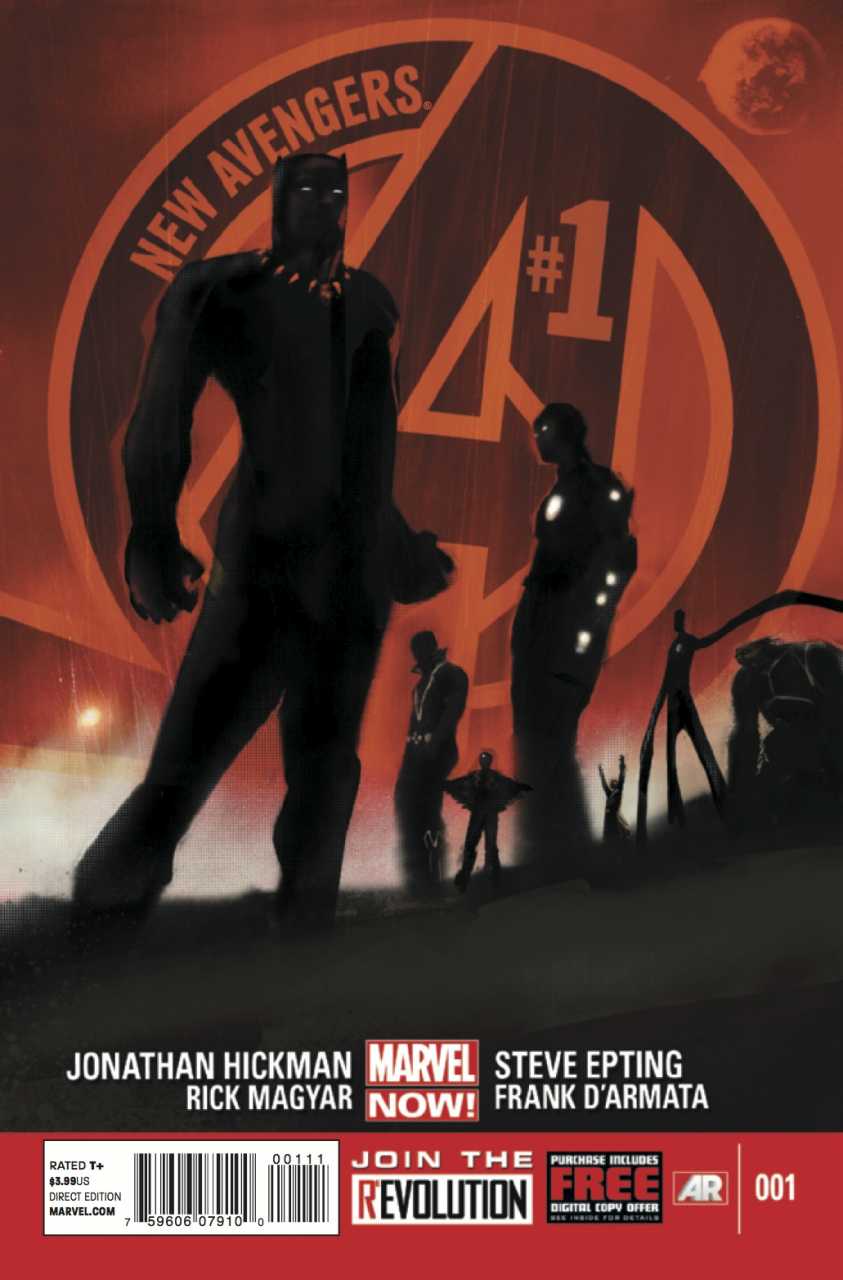 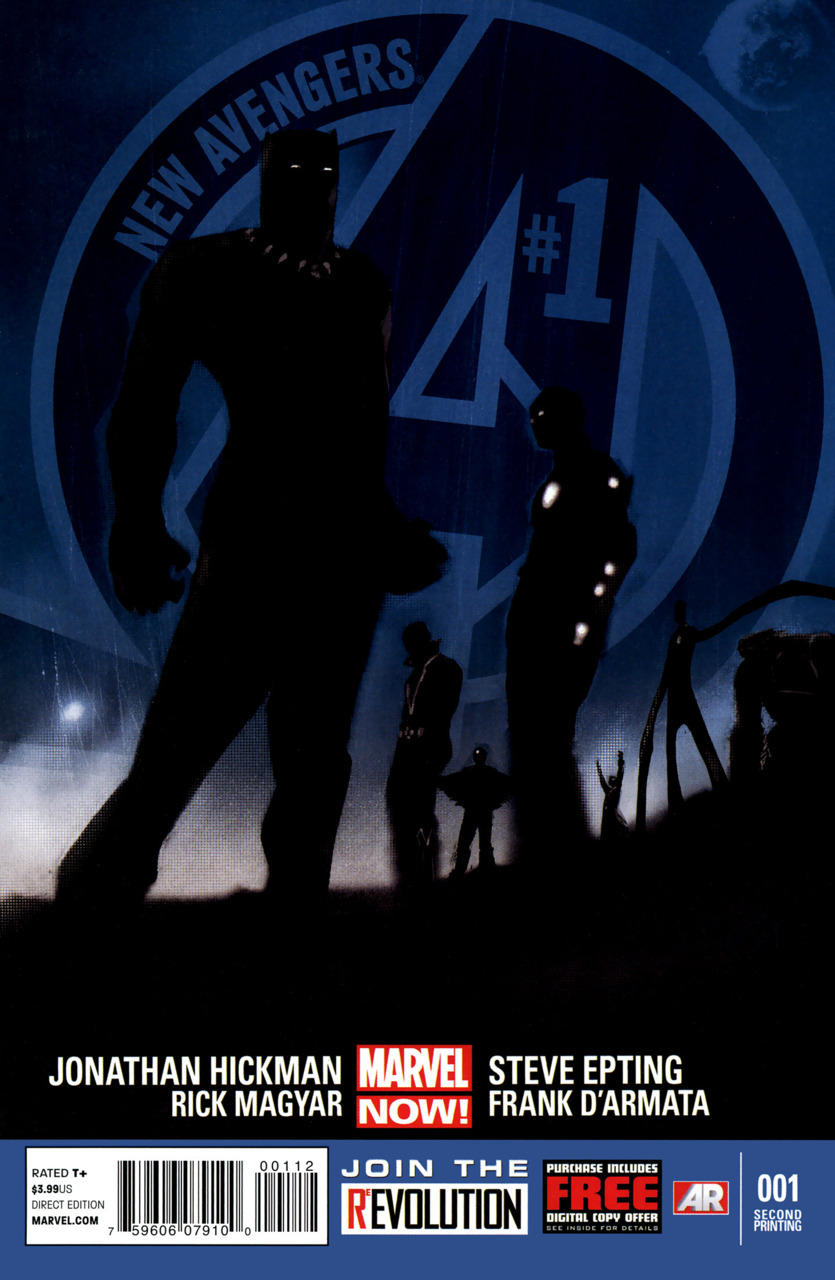 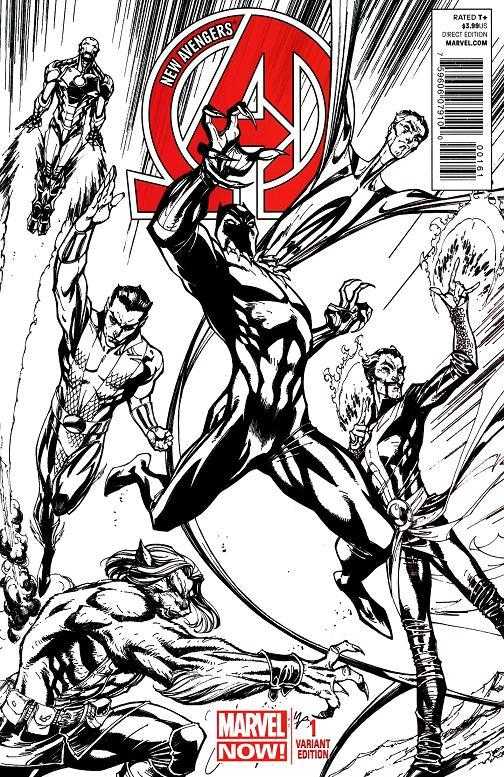 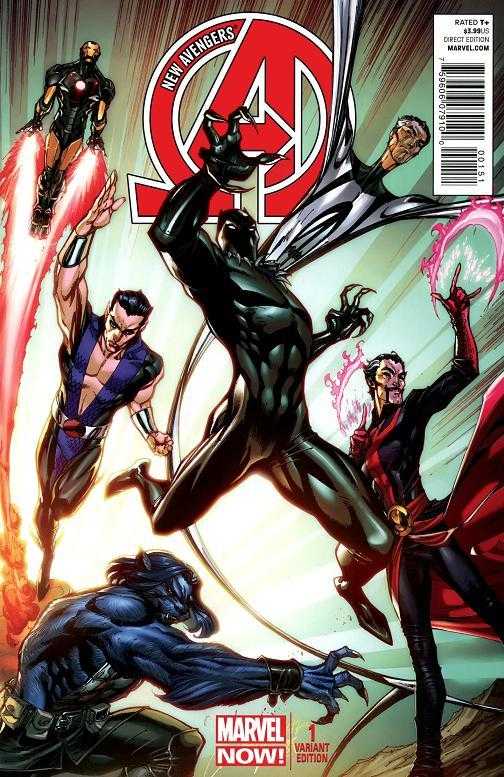 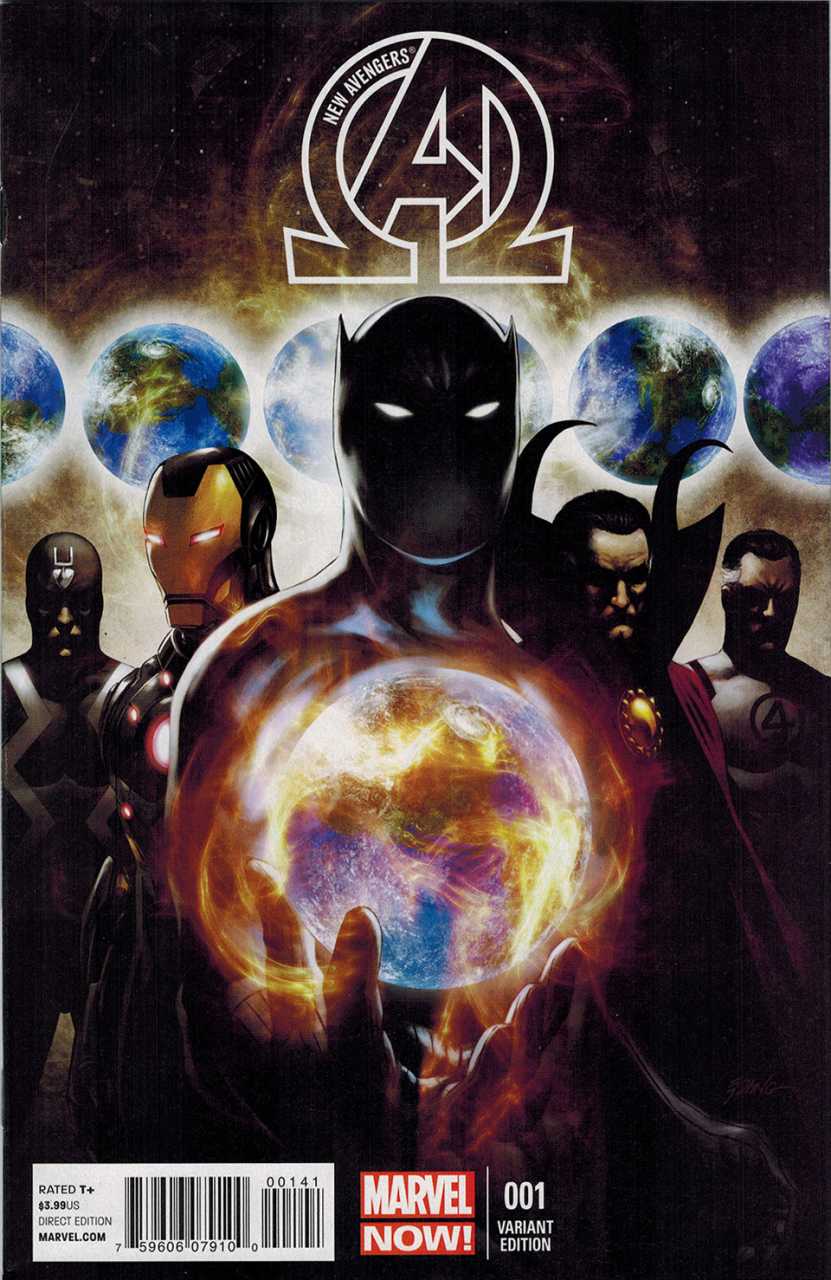 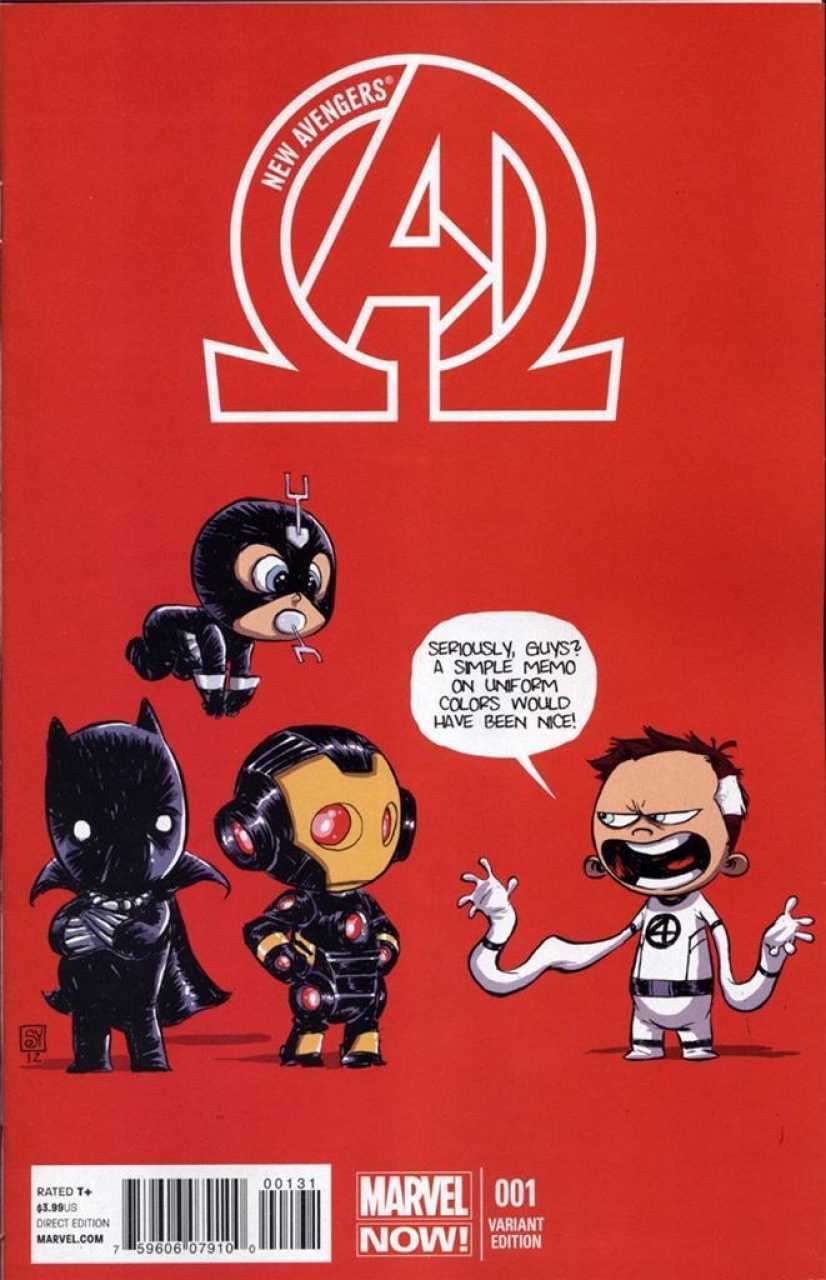