She's got the look.

This is just my second review and I'll keep it short. I had to buy this one and check it out because of the first National Comics issue (Kid) "Eternity" that I liked a lot (5 stars). Well, this one's another vampire story and it doesn't bring anything new to the table in terms of vampires.

Emily is a former fashion model turned vampire who can't work as a model anymore because of the obvious reasons - lights, cameras, no Emily no action. Instead, she has started her own model agency and that's where the main story starts. 2 of her best models are missing and nobody knows what happened so Emily has to investigate.

Neither the story nor the art are very special but they're not bad either. It's a nice read and entertaining one-shot. The story-telling (by Emily) is the best part. Besides the short (could have been a bit longer) appearance of Simon Glass (no spoiler). What I really don't like about his one is the cover - it has little to nothing to do with the story and Emily definitely looks different. Having said this, the comic is better on the inside.

Initially I gave it 4 stars. After doing this review I reconsidered and it's 3.5 now. I'd definitely like to see read another Looker story. Maybe a limited series. I don't think this would do well as an ongoing; especially with the much darker I, Vampire around and being successful. Emily could do well as a guest in Justice League Dark. 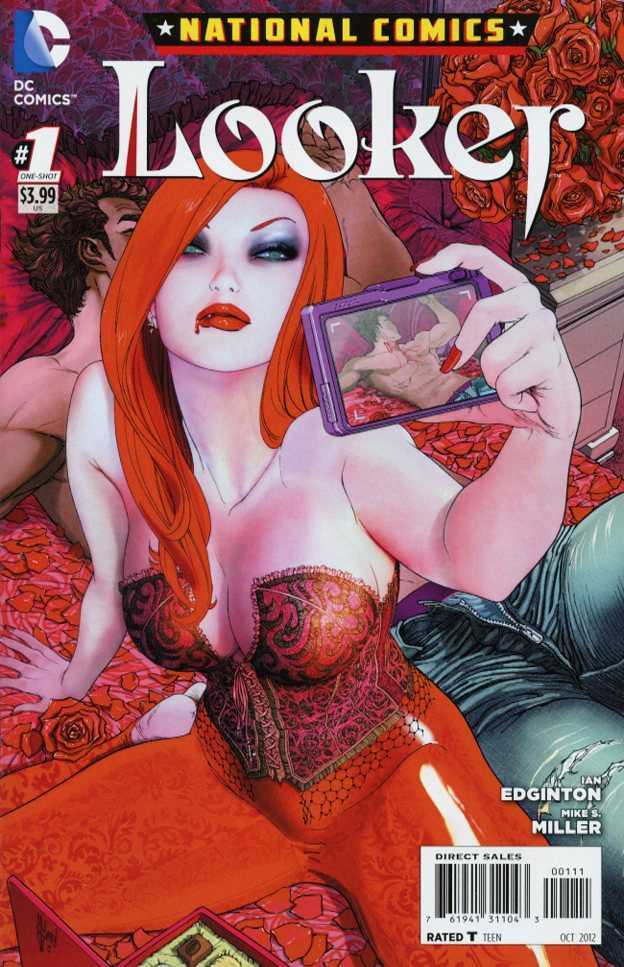