So, I missed Ms. Marvel #5 last month. It's a long story, but suffice to say, I'm still waiting on my copy to arrive. Regardless, I picked up Ms. Marvel #6 with a basic understanding of where we are story-wise, and not only did I enjoy it immensely, but.......Frak it, just show it. XD

I could honest to God just stop the review right there and let that justify the 5 star rating all on its own. I was laughing SO HARD, I thought I was gonna literally fall out of my chair and roll around on the floor. That's the kind of humour that's in this book, and I LOVE it.

More importantly, though, I love Kamala. This is a wonderful character for readers to get behind, especially teenagers. I've said this already when I was talking about my favourite superheroines, but it requires being said again here: Kamala is someone we can all relate to. We all know this girl. Hell, we've all been this girl in some way, shape, or form. Whether it's feeling like an outsider, feeling like our parents don't understand us, being a huge fan of something, wanting something to come along and change our lives, we know what it's like on some level to be Kamala.

As for Wolverine's presence in this comic, I think it works pretty well and fits into what's going on currently in Ms. Marvel's story. Also, I should note that apparently G. Willow Wilson has wanted to write Wolverine since she was 10, I think, so this is definitely the best time to do so, as he's dying in a little while. The one thing I have to pick on, though: While I really like the artwork in this issue, doesn't Logan look a little too fat here? It's kinda weird is all. But otherwise, I thought Wilson did a good job writing the character, nailing his grumpiness, his animal side, and even his more compassionate side at times.

Other than that, I really like the art, except where it makes Logan look like he ate too many donuts, and I like the supporting cast for this book. Didn't know what to make of the antagonist shown here, but in a good way where it's like "That's so frigging bizarre, but it fits this book PERFECTLY". Loving this series so far, and can't wait to read #7...and #5, when it finally shows up. XP

Other reviews for Ms. Marvel #6 - Healing Factor: Part One 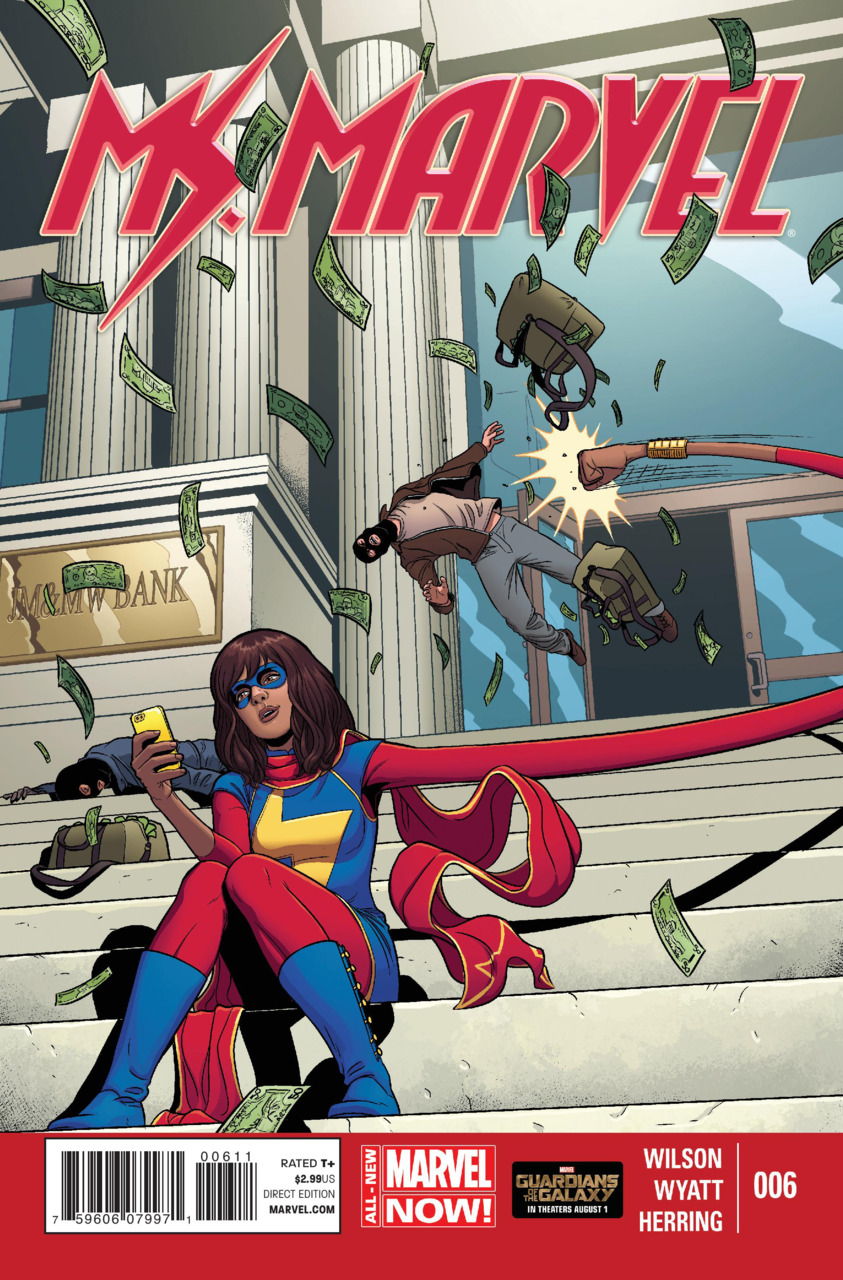 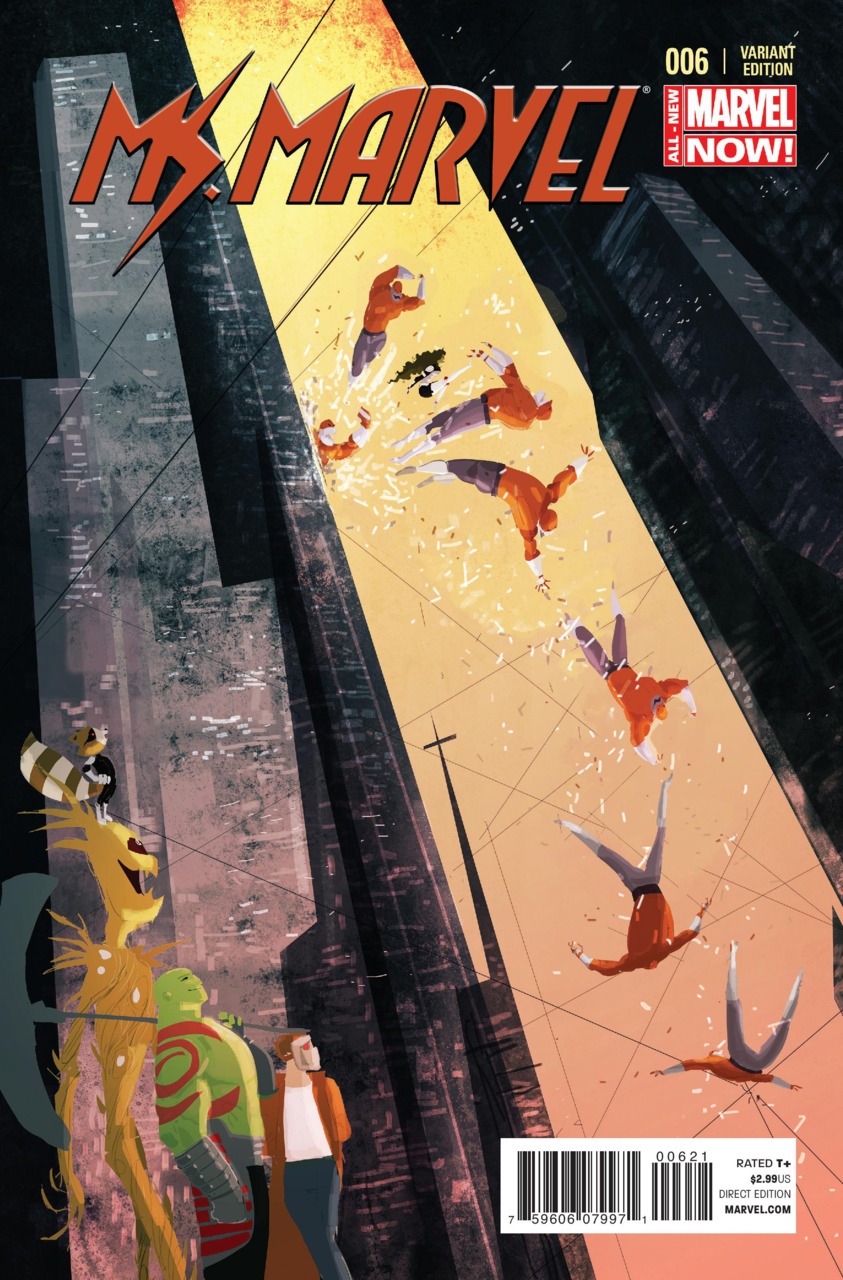 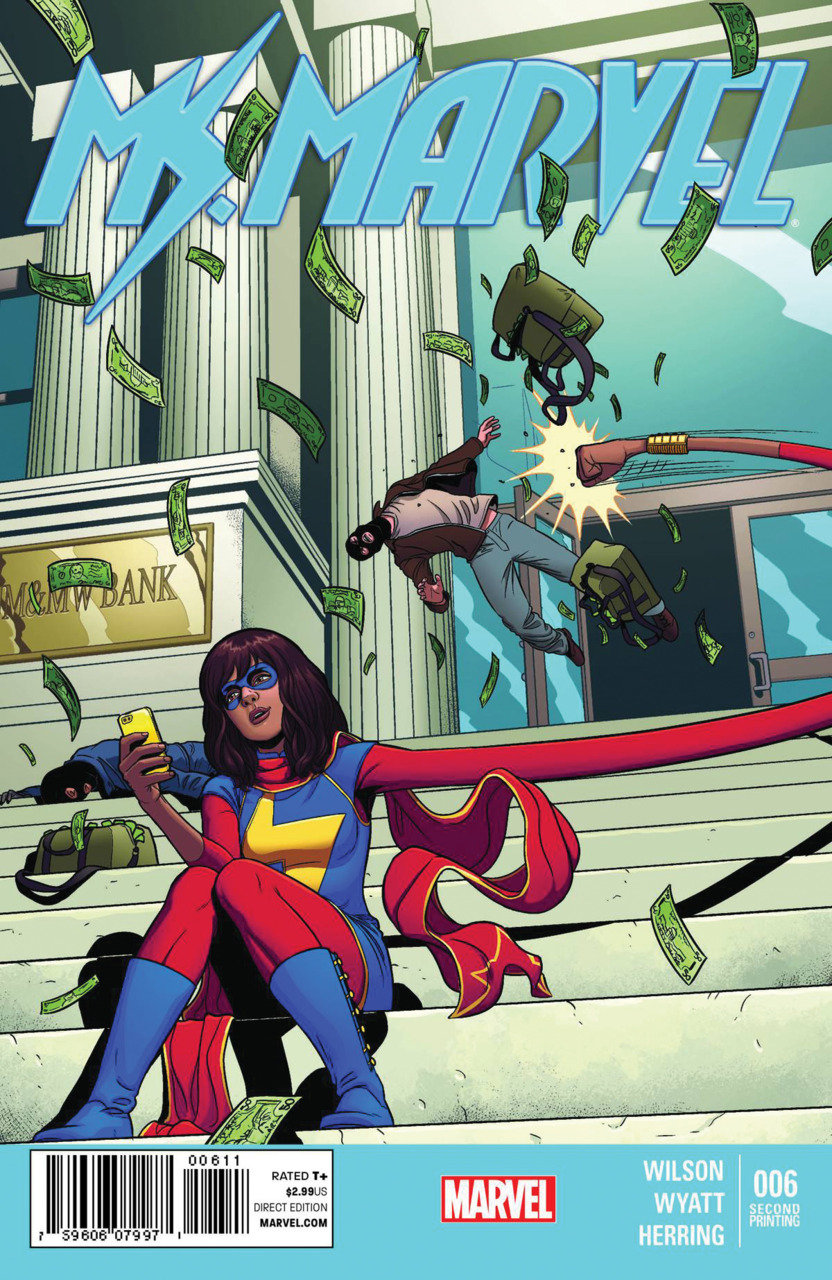