Well, Moon Knight finishes it's run prematurely. It's been fun, to say the least, but it's come to a close. How does the ending hold up to the rest of the series?

Well, it's certainly a good issue, no arguments there. The thing is, it's a bit underwhelming, which I was worried about after last issue. It's not a giant climax, and it teeters on the edge of a deus ex machina, but it's still well executed and doesn't feel like lazy story telling. No, the real problem with the way this issue ends is that you can totally tell that it was meant to continue as an on-going series. If this issue was the end of MK's first story arc, it'd be a lot easier to swallow, but that, unfortunately, is not the case here

Thankfully, the issue itself is fairly well executed. Moonie gets a few more personalities, fights are fought, things are said, a few clever little jokes are put here or there (Overweight woman dressed as Jean Grey screaming that she's back from the dead? Is that a jab at people inferring things from AvX or a hint at what's to come?) and a decent set up for a coming story arc Mark Spector's gonna be involved in make sure you feel like you didn't waste your time with this series. Things are different than when they started, and I'm interested to see where this character is taken in the future.

Art wise I don't mind Maleev's pencils, but sometimes the poses are a little wonky, and there's this really bizarre panel with what I think is Snapdragon where she's a shade of green and bent out of shape... I didn't get it.

This was a good run, when all is said and done, and it is certainly better than anything Bendis has written for the avengers in future years, despite feeling a bit underwhelming. This series serves as a prelude to something called The Age of Ultron, which is coming in the near future, and I'm actually really interested to see where this event takes us, despite it's generic as hell title. It seems much more intriguing than AvX has been, to say the least. Hey, I can stand to see some more of Moonies adventures, and that's probably the best complement you can give a series.

Other reviews for Moon Knight #12 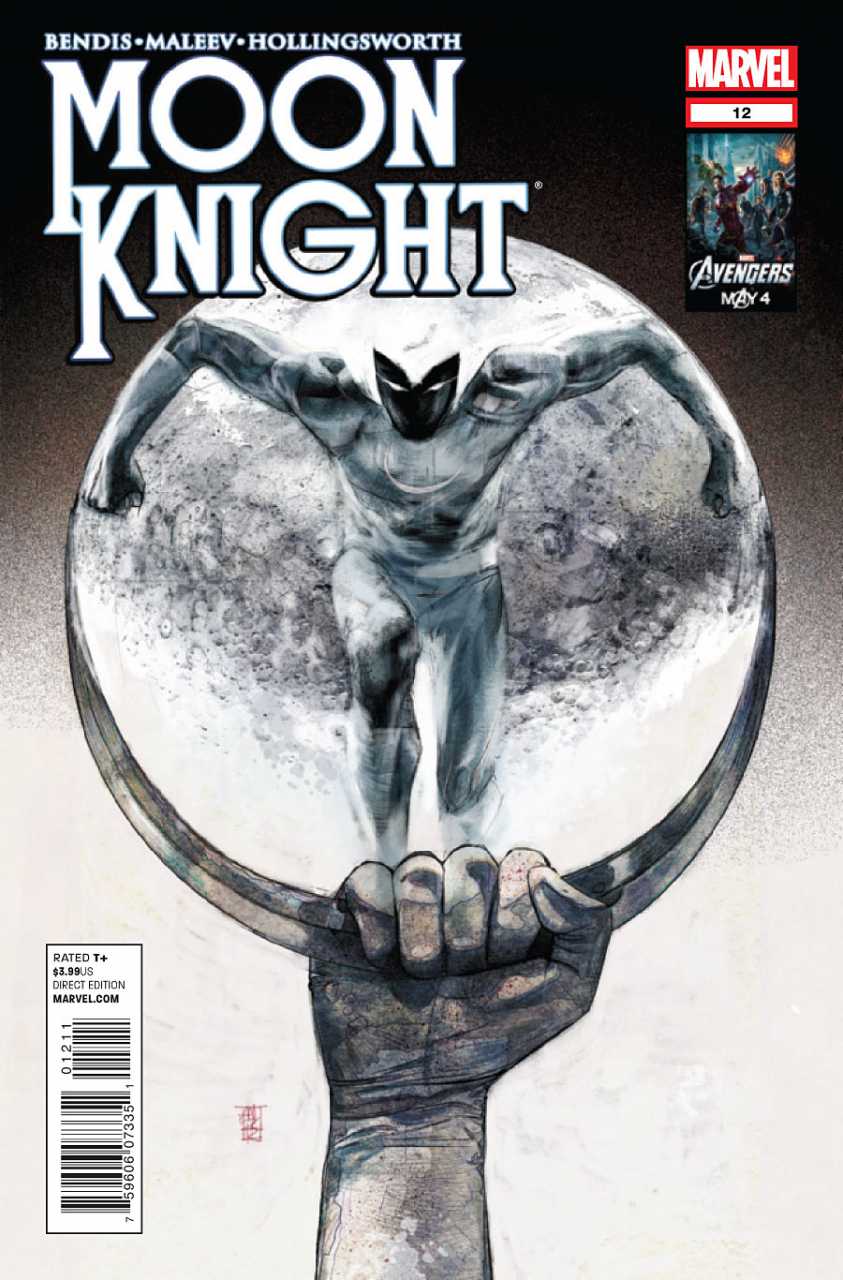