Marvel was at its peak creatively in the early 1970s, and Steve Englehart and Frank Brunner team up in Marvel Premiere to prove this in what is perhaps the most creative take on Doctor Strange. Sise-Neg Genesis follows Time Doom as the second half of Englehart's two-issue story arc in which Doctor Strange and his archrival Baron Mordo follow the time-traveling 31st Century sorcerer Sise-Neg (Genesis spelled backwards) from 18th Century Paris to the dawn of time as he continues to absorb magical energy during his quest to become God. Englehart and Brunner fill this story with a multitude of biblical references, having Sise-Neg destroy the twin cities of Sodom and Gomorrah with a rain of fire as well as travel back to prehistoric times and create a paradise for two humans that he saves from Shuma-Gorath. Doctor Strange and Baron Mordo also serve as Sise-Neg's consciousness struggling between good and evil - one trying to make Sise-Neg have compassion for humans while the other tries to convince him to rule them with cruelty. Of course, the most noteworthy element of the story is Sise-Neg recreating the entire Marvel Universe after becoming "God". It goes without saying that the storyline might be controversial to those with strong religious convictions - in fact Stan Lee initially ordered Englehart and Brunner to issue a retraction of the story before they published a letter from a fake minister that praised it. However, the writing in this story arc is not only creative, dealing with the mind of an immoral sorcerer who both creates and destroys in his journey to become God, but Frank Brunner's artwork is also at its best here. The range in settings from ancient Camelot to the outskirts of the universe are enjoyable to look at and the panels are surprisingly detailed. The combination of the story with its imaginative artwork expertly captures the imagination and it would be a shame for one to miss out on it this highly original Doctor Strange adventure. 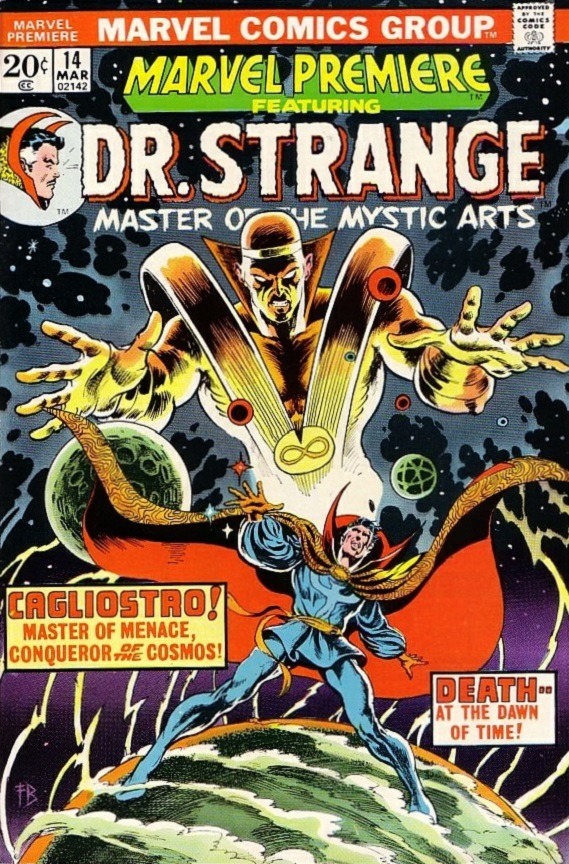