I was surprised at how interesting a re-read this miniseries has been a couple decades later. There are a lot of firsts here in the very first retcon of J'onn J'onzz' origin.
First off, we get a first name for Dr. Erdel (Saul), and a surprise that he is still alive. I think a lot of writers between here and Brightest Day still refer to Erdel as dead; especially in Martian Manhunter's ongoing 1998 series. It had even slipped my mind that he was still alive.
Second,  we're first introduced to J'onn's "true" form... a form more inspired by Ray Bradbury than Edgar Rice Burroughs. This is the first retcon that removes the White Martians from continuity... until Grant Morrison brings them back.
Third, we get the first appearance of J'onn's wife and child. Unnamed here, however, there is some deep pathos in J'onn coming to realize that he even had a child, let alone that he watched her burn to death.
All in all, while I'm not a fan of badger's artwork, the issue works for me, especially with the realization that J'onn is much more a poet than a fighter.

Other reviews for Martian Manhunter #3 - Who Am I? 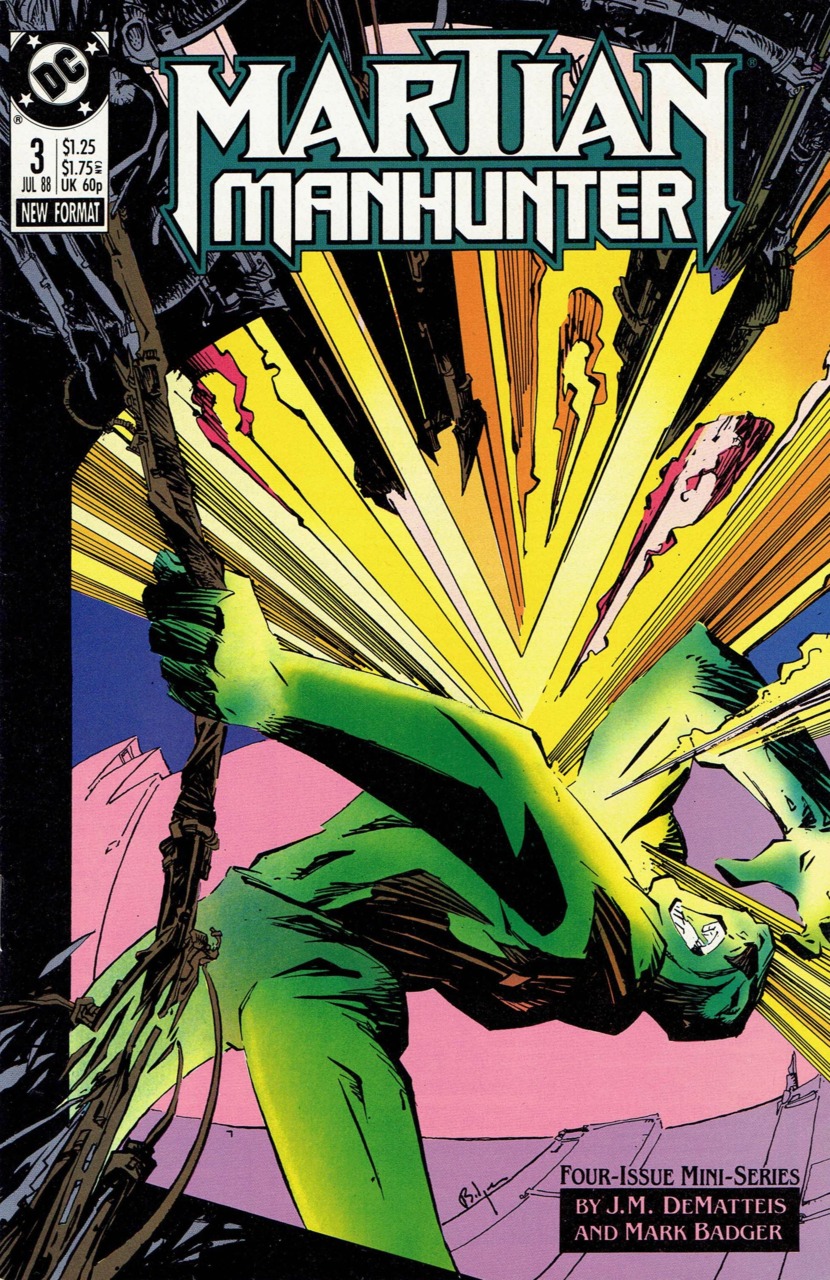