Man of Steel...It's Certainly a Movie...

I finally saw Man of Steel and before I just start talking I'm going to just keep it concise and to the point, it's a fine movie - it's not great, it does it's job. It's a worthy starting point for DC's Cinematic Universe and is, decent at rebooting Superman. It's of course brought to us by the directing power of Zack Snyder, written by David Goyer, and produced by Chris Nolan. It has one of the strongest casts I've seen in a superhero movie - everyone is great with the roles they're given.

Henry Cavill is a perfect Superman, from his physique to his voice - he just breathes the character. Michael Shannon's General Zod chews up some scenery but has a natural menace about him. Russell Crowe as Jor-El, after the opening I honestly would have watched an entire movie called "Krypton" about Jor-El, he was great. Amy Adams is good with what she's got - she did feel shoehorned into a lot of scenes for no reason, I can understand some of it but most felt unnecessary. Kevin Costner and Diane Lane crushed it as Jonathan and Martha Kent. Laurence Fishbourne as Perry White was great, I actually wished he could have had more screen time. Like I said, it has a perfect cast.

But that doesn't save the film from having some very big flaws.

The film tries to reinvent the wheel, so to speak, when it comes to Superman. We get a non-crystalline version of Krypton (which I love since I never, ever liked the crystals in the previous incarnations). We spend a good fifteen to twenty minutes on Krypton before it, not spoilers, explodes. Before the planet bites the dust we see the birth of Kal-El, Jor-El warning the Council, and General Zod attempting to take control of the planet. The whole opening feels very crammed but it works itself out to where we need to go. It just doesn't give your mind much time to process going from - birth, warning, coup d'etat, launch, ka-boom.

The movie is oddly edited, meaning that you could be very well beaten up by all the smash cuts to Clark reminiscing about his stupid angst ridden youth - that is only enforced by Jonathan Kent. Who gives, the absolute worst life lessons of any parent, ever. But I can forgive that, somewhat, because I can understand he wants what's best for his son. However, it's just a bad lesson in general really.

All the flashbacks in the movie work really well, you get that sense of isolation that Clark feels. I just don't agree with it on several levels. Because Jonathan and Martha, love him yes, but just make him a pushover and small - they just keep telling him to keep his head in the sand until "One day" he'll make up his mind and ignore them; like any responsible superbeing should do.

During the present day parts, we see that Clark saves the day a lot but usually leaves immediately after - his 33 heroic hobo years. Which they don't stop mentioning, because the Jesus allegory is necessary with Superman nowadays...for some reason.

I know a lot of people think of Superman as boring (which is how I've felt about Batman for years but whatever), but if you treat him like a god and not as a man - which makes more sense because he wasn't raised on a pedestal as a deity, then you can make the character relatable. As much as I loved Cavill's performance, he wasn't a relatable Superman. Being consistently moody isn't being relatable.

His transformation to Superman is very quick. About forty or so minutes in, he's wearing the suit that just happened to be stashed away in the trunk of a Kryptonian scout ship - it was apparently from Krypton's Disco Years, it's far more colorful that anything they wore on that planet.

On the subject of the suit, I still don't like it. Just give a red belt or something. Just break up all that blue; I know it's a dull, muted, joyless blue but break it up a bit. Aside from that I like the S shield here, very dynamic. However I wish that the other Kryptonians had a more distinctive look. I know they were in the Phantom Zone so their long-johns are black but the armor doesn't help.

I know the movie doesn't want to emulate the Donner Superman films but there are definite parallels to Superman I and II. Fight in a small town, then a fight in Metropolis. Superman fights a big dude (Nam-Ek) and woman (Faora-Ul). Zod's plan is essentially a real estate endeavor, a stupid one, but one nonetheless. I can get behind Zod's plan, don't get me wrong. He should have just thought it out more.

I know a lot of people are upset by the amount of destruction done to Metropolis, and I can see they're point. Zod's big gravity cannon thing doing damage I get. But the end fight between Superman and Zod is somewhat inexcusable. Now there are people who will say "He's young (33 year old) Superman! He doesn't have this down yet." okay that's fine, but even a young Superman should know how to stop a tanker truck from slamming into a building and collapsing it, instead of flying above it and landing, for a mildly cool shot.

Speaking of, it is a visually beautiful movie; Snyder knows how to make things look amazing and for that I give him full credit. His storytelling capabilities are still sketchy but getting there. I do believe he has the best intentions with the franchise so I can't fault him too much on his decisions. He's a fan, it shows.

On that point there are a great many subtle references to other characters existing in this world. We have numerous LexCorp logos, a Wayne Enterprises satellite, Blaze Comics in Metropolis, and a character called Carrie Ferris who I think is meant to be a cousin of Carol Ferris giving us a Green Lantern link. I loved all of these hints and they made me genuinely excited for future installments. There were also whole quotes lifted from great Superman stories (All-Star Superman and Superman Secret Origin in particular) that made me smile. I even nerded out over the fact there were Rondor beasts on Krypton.

Those where things that I dug a lot because they're fun and that is something the movie is missing. Sure there is action and mayhem but there is a lack of honest sincerity. A lack of charm, a lack of reveling in the fact it's a Superman movie - and he's only called Superman three times...by the same guy...in the same sentence. The movie has a real problem of taking itself way too seriously to the point of almost being pretentious. That was a issue for me.

The one thing about the movie that kind got on my nerves was Superman killing Zod. Told you, spoilers. I'm not so much against the killing, because I think that if it ultimately came down to it - Superman would kill someone in order to save 10,000. It's mainly due to the fact that it's poorly done. How? He snaps his neck. How? That's my main issue. They fought in space, dude got hurled through buildings, got heat-vision to the face, and somehow someway his neck was just a little too weak. If that were the case he should have been dead after the first punch in Smallville...and I would have liked to have seen more of Zod in future installments. He's my favorite Superman villain, so sue me.

Overall, Man of Steel is fine - people who love it will love it and more power to them. It's just a bit shaky. But because you like it doesn't disregard the fact that there ARE other Superman movies that you CAN like. Such as the Donner movies or even Superman Returns. I love all the movies from Kirk Alyn to Brandon Routh (excluding Superman IV though), and it's totally okay too. Because it's new and has big outrageous action sequences doesn't make it the best Superman movie ever - they all have merits and flaws, this is no different. It's not perfect, but it's okay. I am looking forward to Man of Steel II and eventually seeing Henry Cavill in Justice League.

Though I'd prefer a World's Finest movie first.

Other reviews for Man of Steel

Bringing Superman into the 21st Century 0

I've been a fan of Superman for as long as I can recall, having grown up watching the 90's Animated series, and the earlier films, and although Batman became my favourite superhero, Superman isn't far behind. The more recent Superman films have not been kind to the Man of Tomorrow, with Superman Returns, and Superman IV: The Quest For Peace being very poor, and Superman III also not being too great. This however is the perfect time to rectify that.PlotSPOILER FREEWhen Krypton starts to destroy i...

Man of Steel ReviewSnyder delivers on his modern day take of the Man of Steel in a large way. For years fans of Superman have been pining for a chance to see The Last Son of Krypton be pitted against a villain that didn’t require trickery; someone who could go toe-to-toe with a man who is a god, for all intents and purposes, and give as good as they got without the gimmick of a certain rare and precious element showing up magically by the truckload. You can rest assured that this is the case in ... 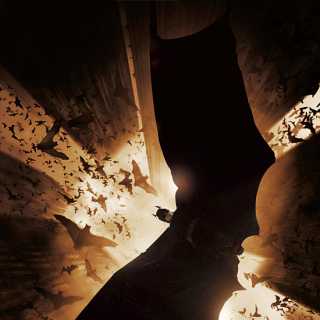 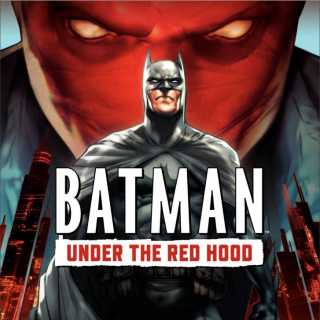 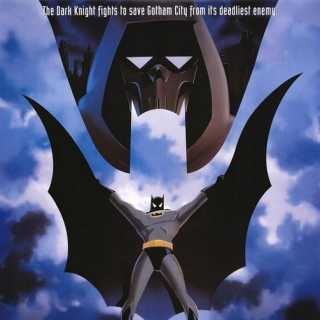 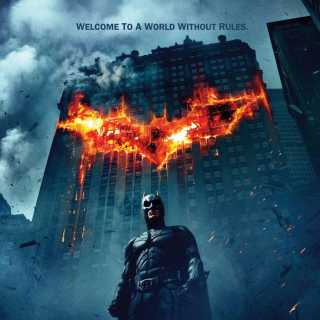 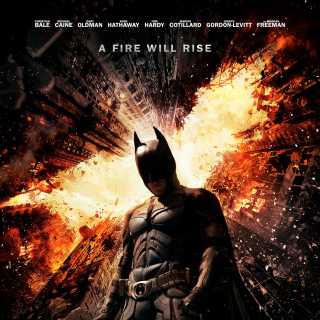 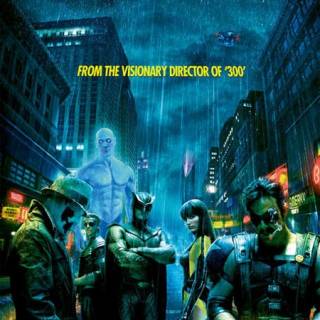 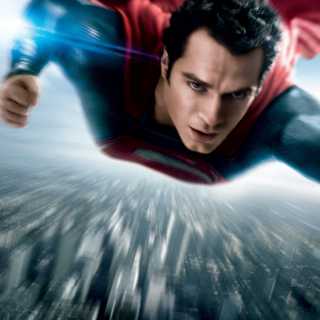 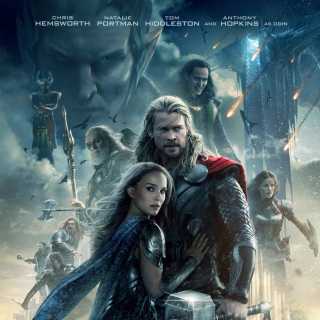 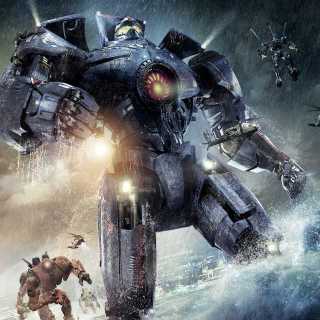 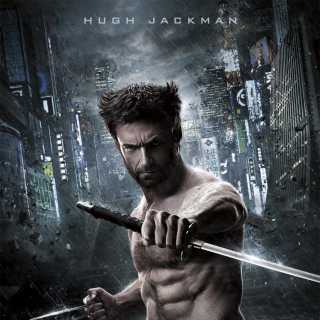 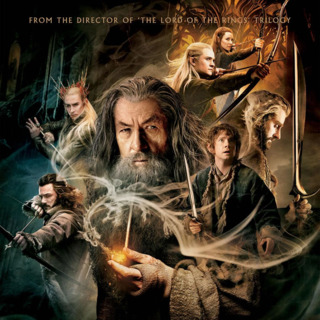 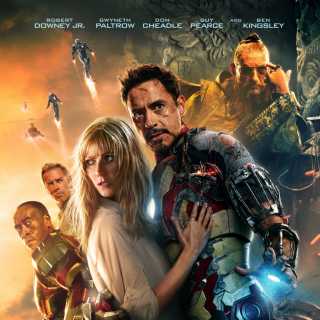 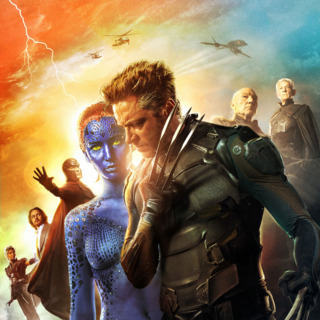 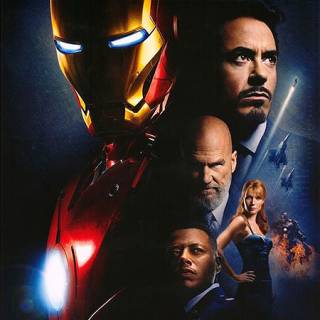 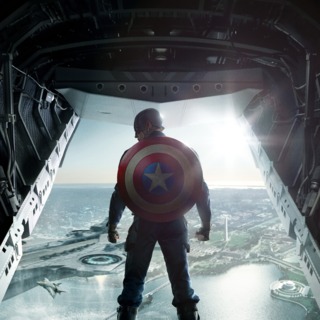 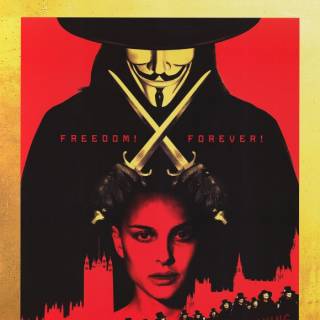 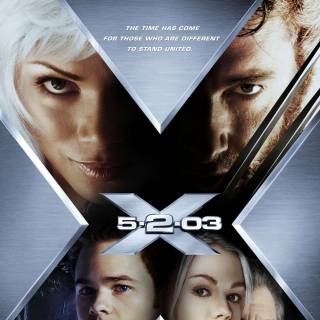