gc8's Kull the Destroyer #22 - Talons of the Devil-Birds review

And this issue, once again, Kull is pitted against a monstrous condor very similar to the one Dagar fought in Dagar the Invincible, no. 15.

While there are some differences - this time the condor is still big, but not nearly as enormous - it's summoned the same way, and I think the intention was that the were the same monster.

But beginning with Kull the Destroyer #22, it's clear that these two barbarian heroes aren't just fighting the same monsters - they're inhabiting the same world! Don Glut himself admits to creating a 'shared universe' for Dagar and Kull, because neither of his editors were paying too close attention to what he was doing.

The real crossover begins on the first page of this issue when we see a woman about to be sacrificed to the aforementioned condor-thing by three sorcerers. This woman is dressed exactly like Graylin from Dagar the Invincible; so much so that Glut must have given artist Ernie Chan some of Jesse Santos' Dagar art to copy from. Kull and Ridondo of course rescue the lass, but not only does she look like Graylin, she in fact is Graylin. We know this because, though her name is a mystery, she makes numerous mentions to her 'former lover' who was a warrior like Kull, but whom she left because of his violent, nomadic lifestyle - exactly Graylin's story up to her departure from Dagar in issue 15; the giant condor one.

Kull calls Graylin 'Laralei', and she decides to accompany him because, though he too is a wandering warrior, he is also a king, and "will someday be too concerned with affairs of state and diplomacy" than fighting.

It's also worth mentioning that, quality-wise, this is a high point not reached before in Don Glut's Dagar series, nor in Kull comics prior to Glut's tenure. Never before in either title have the artist and writer meshed so well together. For example, at one point in this story, Kull loses his sword; then, several panels later, in the heat of battle, he reaches for his weapon to find it missing. Attentive readers know this having seen it lying on the ground earlier. Such attention to detail usually didn't occur in Glut and Santos' collaboration. And though Santos was a journeyman artist, and his painted covers will definitely be missed, fellow Filipino Ernie Chan, is either a superior penciller, or just had more time to devote - either way, the art is fabulous.

Which is not to say the book is flawless - as I've mentioned in previous reviews, Marvel's garish 'superhero' coloring doesn't suit sword and sorcery books very well - at least not Kull. This is one area where Dagar the Invincible (and the earlier black and white Kull comics) were superior.

Still, in the mid-70s, while no one was looking, the creators of this comic, which lived in the shadow of Marvel's more popular 'Conan' comic, was breaking some new ground. 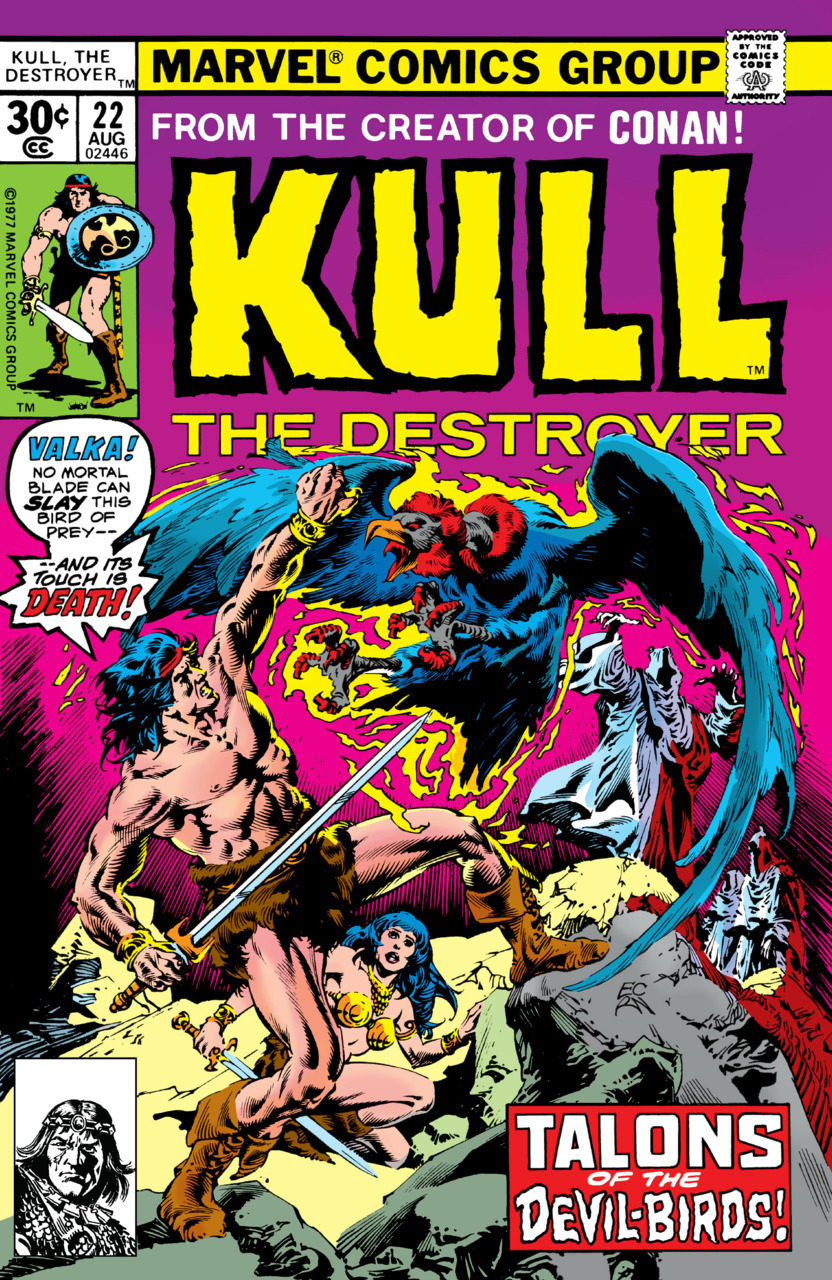 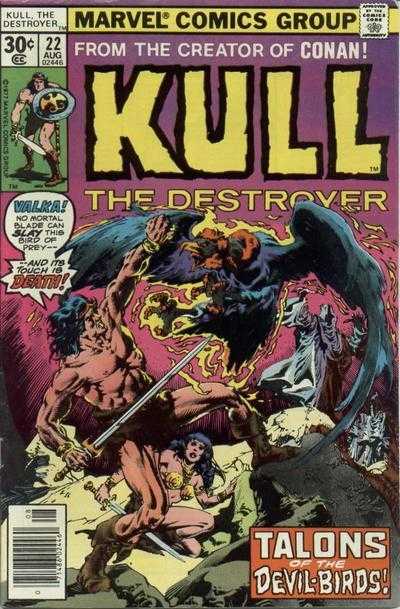